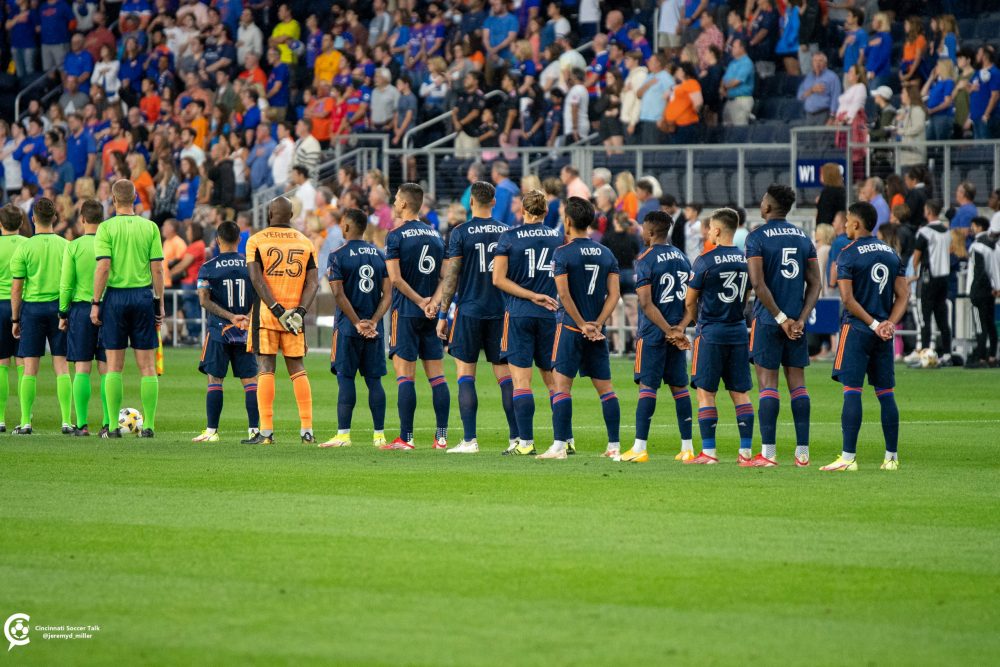 FC Cincinnati quietly has been on a torrid stretch of matches, having lost five straight matches, and will look to end that against one of the best of the Eastern Conference, the Philadelphia Union. New general manager Chris Albright will go up against in former team when FCC plays the Union Saturday night.

FCC is currently at the bottom of all of Major League Soccer with a record of 4-8-15 and a total of 20 points. The team has scored 28 goals and allowed 52 of them. FCC is now only two goals behind Toronto FC (54) for worst in the league in goals allowed. FCC is also only three goals ahead of the worst in terms of goals scored, as Inter Miami CF has scored only 25 goals on the season. To be so close to both of the worst just shows how far the ineptitude goes when it comes to FCC.

Yes, FCC improved a lot in terms of its offensive output compared to last year, but an improvement of an immense level is needed for this team. Brenner has been pretty good but he can’t do it all by himself, even though FCC paid him enough to give him that kind of pressure. It is fair to remind people that Brenner is still only 21 years old, and still has plenty of time to improve. That’s great in terms of the team’s future but maybe a little bit disappointing for its hopes at doing something in the league now.

While on its current five-match losing streak, FCC has found goals, even though most of them have come a little too late. The five games add up to a score of 14-5. That’s an outrageous sum for five matches. In three of those matches, FCC allowed more than three goals. And that shows how the team’s defense still hasn’t improved enough to even be a mediocre MLS side.

After a few matches where it looked like the team might have improved in that aspect, players like Gustavo Vallecilla massively regressed from earlier in the season and the defense overall showed it has no cohesion. It doesn’t know the different places it needs to be at any time, allowing opposing offenses to easily maneuver through it and score. Kenneth Vermeer has stayed on the bench and Przemysław Tytoń has stayed in the job.

The Philadelphia Union is currently third on the Eastern Conference table with a record of 11-9-7 and a total of 42 points. The team has scored 36 goals on the season and allowed 26 of them.

According to WhoScored.com, the Union’s strengths include stealing the ball from the opposition, attacking set pieces, attacking down the wings and protecting the lead.

The website then said the team’s weaknesses include avoiding offsides and keeping possession of the ball.

WhoScored.com said the Union’s style of play includes long balls, crossing the ball often, controlling the game in the opposition’s half and attacking down the right.