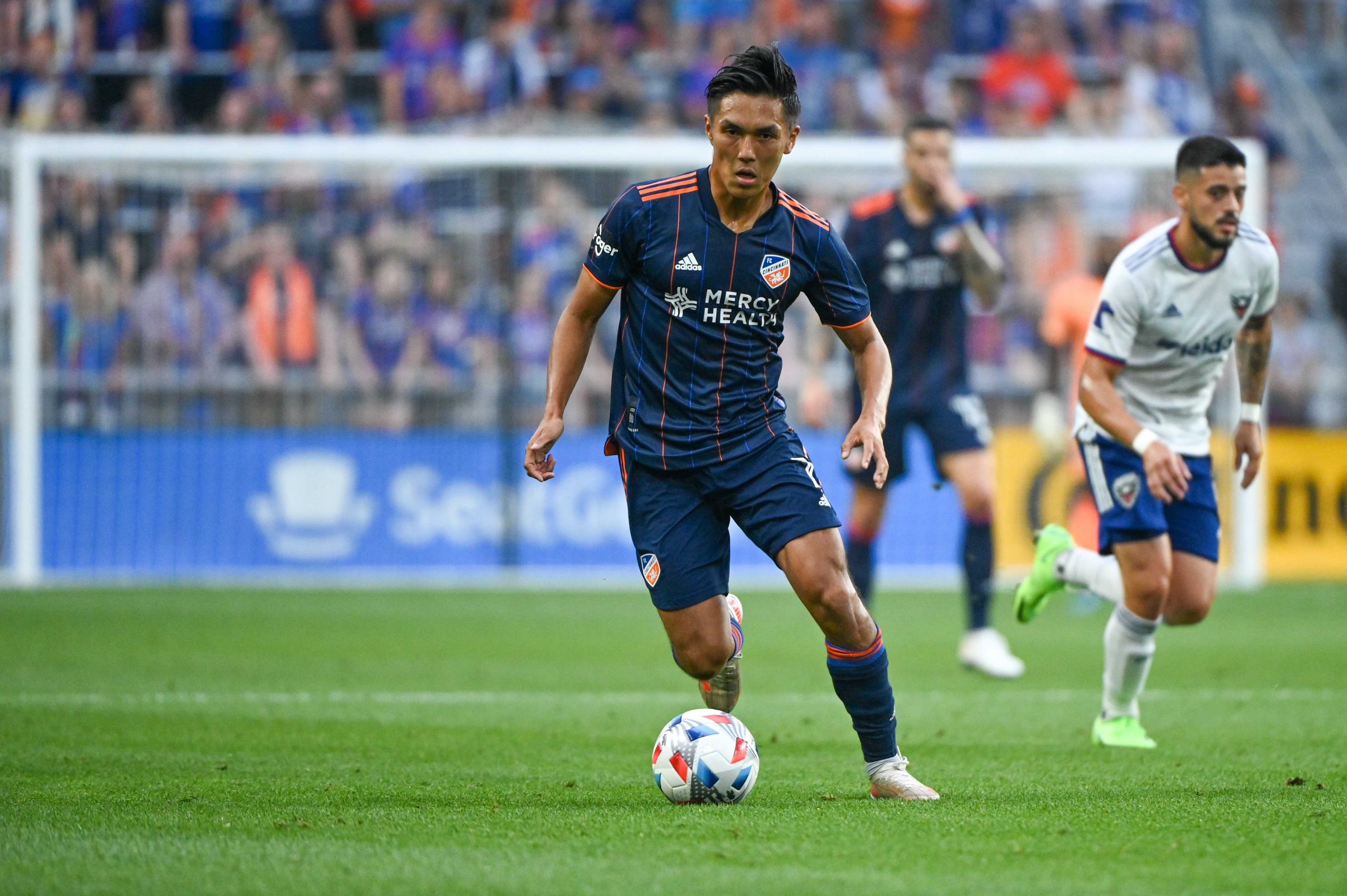 FC Cincinnati tries to right the ship after a two-game losing streak, traveling to D.C. United.

FC Cincinnati (4-8-12, 20 points) will try to wash away the bad taste left by a difficult work week with a trip to D.C. United (10-4-11, 34 points) on Saturday. FCC will have to find its groove again away from TQL Stadium, losing on the road in its last three attempts.

FCC will have to face the Black and Red with a weakened squad, as wingers Alvaro Barreal and Isaac Atanga will miss the game due to red-card suspensions. Both were sent off late in the 2-1 loss to NYC FC.

Brenner remained relatively hot with his seventh goal of the season, but the defense was unable to stay solid for the rest of the game. A header from Keaton Parks in the first half and a penalty kick from Valentin Castellanos in the second half doomed FCC to its fifth loss in six games.

The Orange and Blue will have to find offense with Barreal and Atanga missing the game. While Brenner has found the net more often (7 goals in 24 games), the rest of the available squad on Saturday has scored a combined 12 goals all season.

FCC will get Ronald Matarrita back after the defender served his yellow-card suspension. A knock over the weekend will also delay the first appearance of midfielder Kyle Scott. Joe Gyau (Achilles) and Maikel van der Werff (sports hernia) are also out for this game.

Despite losing 3-2 to Atlanta United FC on Saturday, D.C. United has managed to play itself into playoff contention. The Black and Red started the season by losing six of their first eight matches, but D.C. United now sits in 8th place in the Eastern Conference. First-year head coach Hernán Losada has a squad that is strong at home, winning eight of 11 games at Audi Field.

Much of that success can be attributed to the resurgence of Ola Kamara. After a return from injury in 2019, the Norwegian forward has rediscovered his form, recording 16 goals in 19 games to lead the league. Midfielder Julian Gressel has also bounced back from an injury in the offseason, leading the team with 5 assists. Goalkeeper Bill Hamid is likely to start, having recorded three clean sheets in three games against FCC.

Although the Orange and Blue have yet to win against D.C. in five matches, including the last three at home, it returns to Audi Field for the first time in two years. In the final match of the 2019 season, a depleted 9-man FCC squad hung on for a hard-fought 0-0 draw, dooming D.C. United to an away match in the playoffs and an early exit.

Red cards in matches against D.C. United are no rarity. FCC was the recipient of good fortune the last time the two teams played in July, as D.C. United suffered two red cards that time around. However, the Orange and Blue were also unable to take advantage at home, gaining a 0-0 draw.