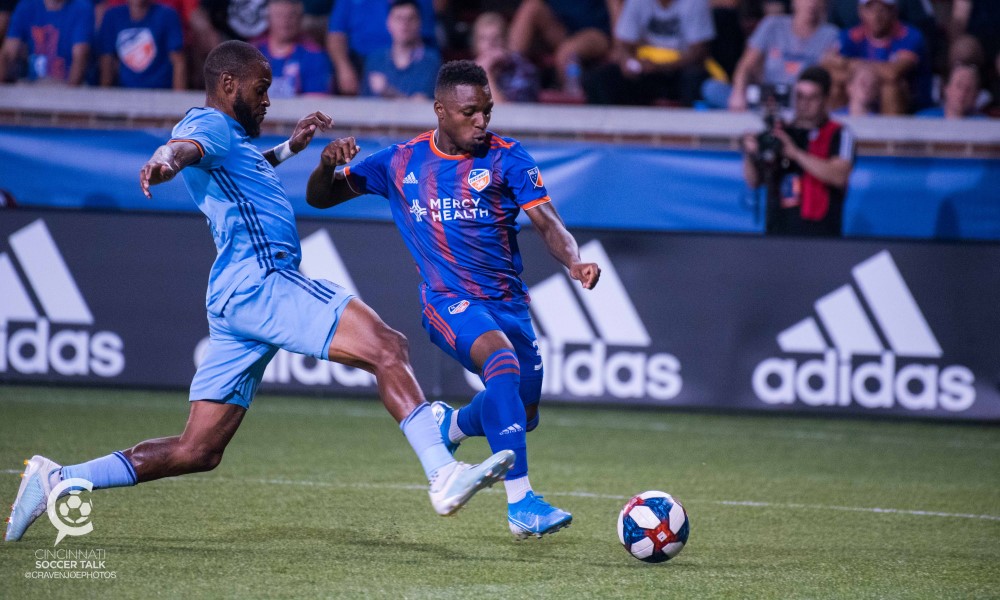 FC Cincinnati will look to have a bounce-back outing when the team faces off against New York City FC on Saturday.

FC Cincinnati will look to have a bounce-back outing when the team faces off against New York City FC on Saturday. FCC comes into this match after a 4-0 loss to Atlanta United FC, and has a record of 4-8-11 and a total of 20 points. The team has scored 23 goals on the season while conceding 42.

After FCC’s win against Toronto FC last Saturday, Jaap Stam decided to rotate his group and field a significantly different starting XI. According to social media, most supporters felt like they foresaw the end result before Wednesday’s match even began. Atlanta has improved since the team fired its old manager, and was able to take care of business against the Cincinnati lineup.

FCC looked out of sorts almost immediately as the match started. The defense had too many open spaces for Atlanta to be able to walk right into. Stalwarts Nick Hagglund and Ronald Matarrita didn’t do themselves many favors on the defensive side of the ball. The left back was beaten on the first goal, along with quite a few others, when Luiz Araújo ran right by them.

The defense continued to concede chances. It would take a while for Atlanta to score again, giving the team a little bit of hope the match wasn’t entirely out of reach. But at the end of the first half, that was basically put to bed as Josef Martinez doubled Atlanta’s lead. The defense continued to struggle in the second half, conceding two more goals. The midweek result reinforced that Geoff Cameron is the only reason this team is able to even have an average defense.

The offense, had an xG of 1.2 on 11 shots and three shots on goal, which isn’t as bad as previous matches, Brenner, however, stumbled at points and even in one instance completely missed the goal on a dead giveaway. The team was missing Lucho Acosta and Alvaro Barreal for nearly the entire match, and those two are instrumental to the team’s offensive output, and that showed in the team’s lack of offense.

The last time FCC and NYCFC faced off was earlier this season, in the second match of the entire season, on April 24, when NYCFC destroyed FCC by a score of 5-0.

The site also said the team’s weaknesses include protecting the lead and defending the lead against skillful players.

WhoScored.com said the team’s style of play includes attacking down the middle, short passes, attempting through balls often, taking a lot of shots and playing aggressive on defense.