Throughout the match, Vermeer struggled to catch and hold shots. Vermeer spilled multiple shots in front of him, only to be bailed out by covering teammates or reacting fastest himself and recovering the ball.

Another Hell is Real derby, another Lucas Zelarayán free kick goal conceded, another blown lead, another loss for FC Cincinnati.

At the final whistle, Columbus’ 3-2 victory wouldn’t seem too far out of place looking at the box score. Columbus took 22 shots, with 11 on target compared to FCC’s 17 shots with just four on target. Columbus finished the match with 2.6 expected goals per MLS Soccer to FC Cincinnati’s 1.2 xG.

However, the bulk of the game played out differently. After a shaky start and a near Columbus goal, FC Cincinnati’s defense settled down, limiting Columbus to one really good chance, Jonathan Mensah’s header in the 62nd minute, between the 10th and 80th minute marks. During the middle 70 minutes of the match, FC Cincinnati created 0.97 xG on 13 shots to Columbus’ 0.95 xG on 15 shots.

Even though three goals were scored during those 70 minutes, FC Cincinnati and Columbus created just about the same amount of danger. Lucas Zelarayán’s free kick from the top of the box opened the scoring, and though Zelarayán free kick bangers against FCC feel like the rule not the exception these days, it wasn’t exactly a high quality chance. FC Cincinnati equalized on a similarly low-percentage rocket from Rónald Matarrita following a clearance of a FCC corner. Isaac Atanga’s first goal for the Orange and Blue was the best chance converted by either of the two sides.

However, in just two minutes, Columbus scored twice and had a one goal lead, one they wouldn’t give up in the final ten minutes. Both goals came off of high quality chances that dramatically shifted the expected goals totals but at least one and very probably the other should have been stopped.

Which brings us to Kenneth Vermeer.

Time To Talk About Vermeer

I haven’t written too much about Kenneth Vermeer so far this season, except to note a few instances where he really did seem to add value for FC Cincinnati’s attempts to play out of the back against pressure. His performance Friday night and in the broader context of the season can’t be ignored, however.

Throughout the match, Vermeer struggled to catch and hold shots. Vermeer spilled multiple shots in front of him, only to be bailed out by covering teammates or reacting fastest himself and recovering the ball. Miguel Berry took advantage of another Vermeer spill to equalize in the 81st minute. A minute later, Vermeer probably should have done better on a low cross. Instead his one handed effort popped the ball into the air and Gustavo Vallecilla, stretching to clear it, could only hit it off Berry for his second goal in as many minutes.

In 2021, the Philadelphia Union’s Andre Blake leads MLS goalkeepers with +6.7 PSxG +/-, facing 22.7 PSxG and allowing 16 goals scored by the opposition in 18 matches. Blake has played just over three matches more than Vermeer but on a per 90 minute basis, the difference between the two is 0.69 post-shot expected goals. That’s a huge difference! FC Cincinnati scored two goals on 1.1 PSxG on Friday. Having even an above average shot-stopper in goal would certainly help a sometimes suspect FC Cincinnati defense.

These shot stopping numbers don’t address the issues that cost FC Cincinnati against Columbus on Friday. Added with Vermeer’s subpar shot-stopping, it’s more than acceptable to wonder whether Vermeer’s quality with his feet (which is definitely an upgrade over other keepers on FCC’s roster) and other intangibles are worth his continued inclusion in the lineup.

FC Cincinnati’s goalkeeping issues weren’t the only issue on the field on Friday. Jaap Stam’s formation tweaks and tactical adjustments left Luciano Acosta and Brenner isolated up the field. With Nick Hagglund playing mostly as a right back, FC Cincinnati’s formation fluctuates depending on if they have the ball and if they do, where they have it. FCC has largely defended in a 4-4-2, with Luciano Acosta and Brenner playing as the front two.

With Acosta, one of FCC’s most consistent ball progressors, pushed higher up the field, Yuya Kubo and Allan Cruz needed to step in and push the ball forward. They did not. The two combined for 54 touches in the middle third of the field but completed just two passes into the final third. Kubo and Cruz’s combined pass maps courtesy of MLS Soccer show their ineffectiveness moving the ball into the final third. 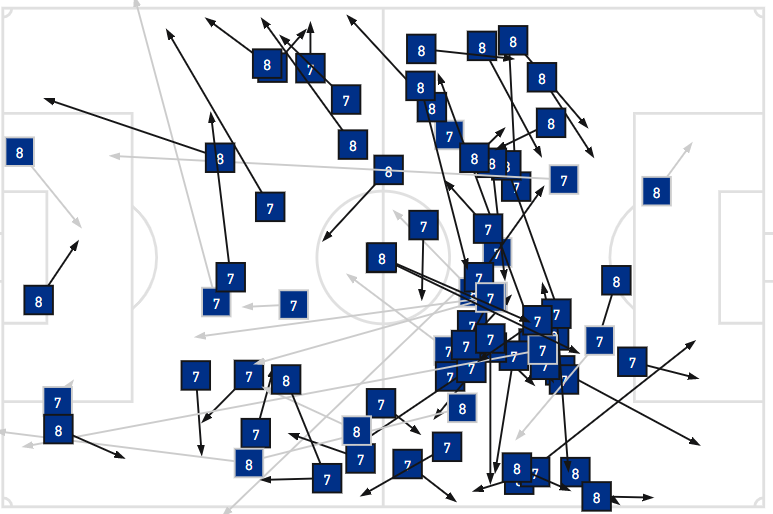 FC Cincinnati’s wingers on Friday, Álvaro Barreal and Florian Valot often drifted in-field, leaving Rónald Matarrita to provide width on the left. Because Nick Hagglund’s position varied between right back and playing as a third center back, FC Cincinnati often had no option providing width on the right. Barreal provided an outlet on the right in build up play but FCC struggled to turn those successful moves into sustained, dangerous possession in the final third. 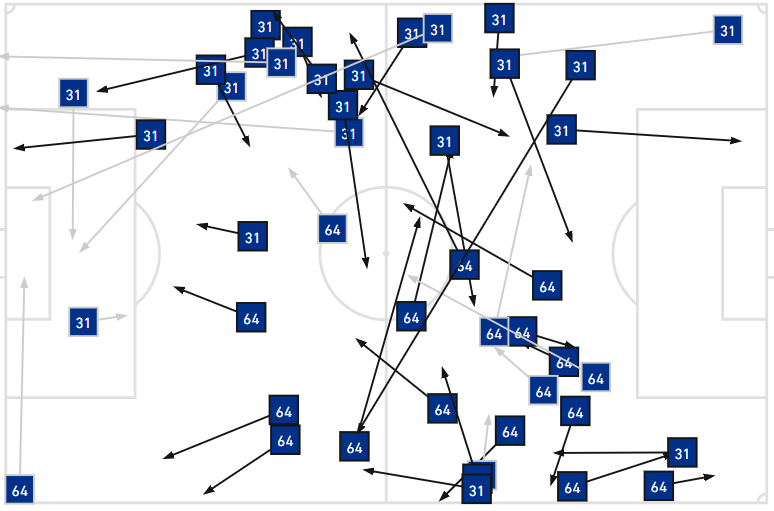