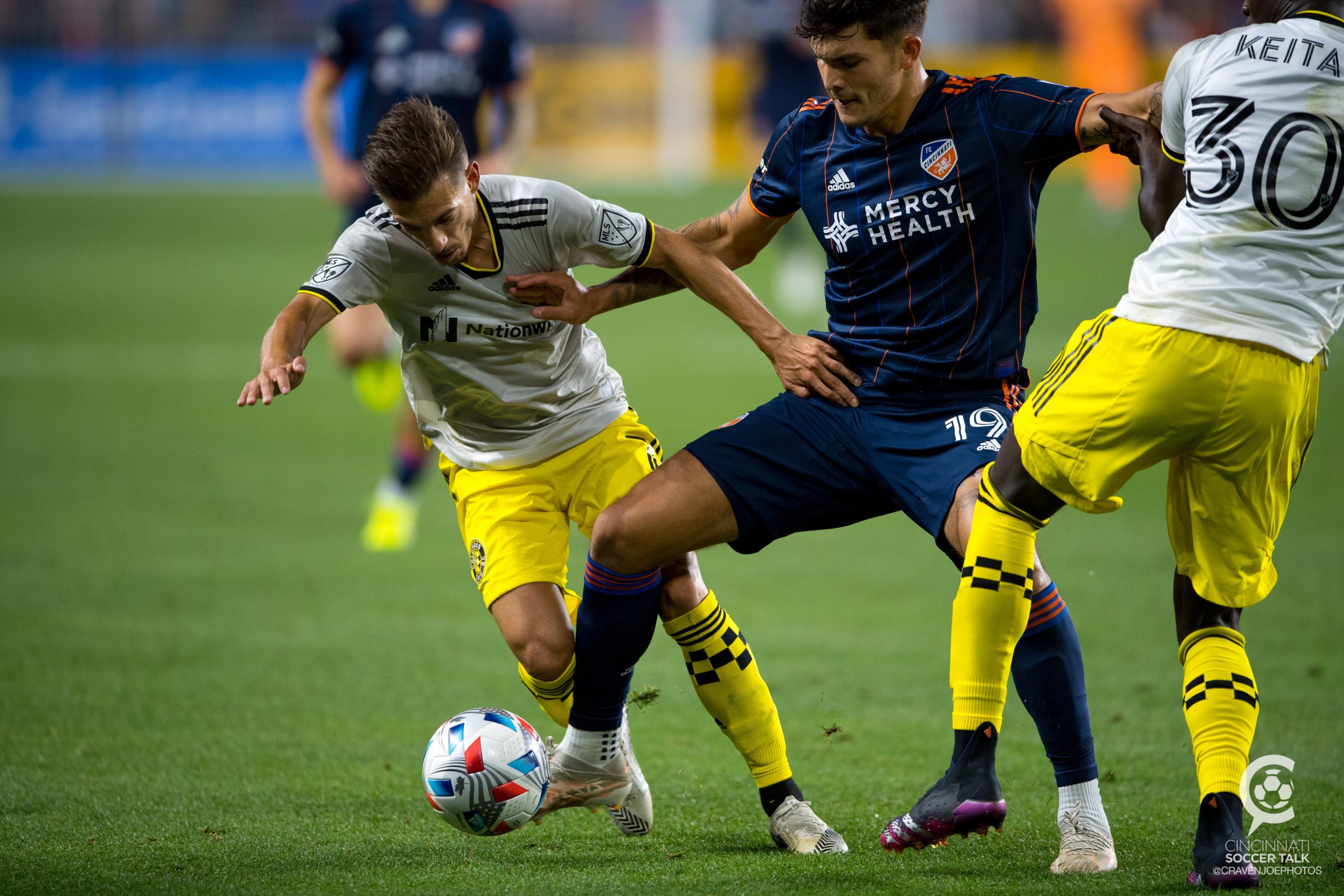 FCC will look to rebound from its loss last week when the team travels to face off against in-state rival Columbus Crew SC in the Hell is Real Derby.

FC Cincinnati will look to rebound from its 4-1 loss to the New England Revolution when the team goes up against in-state rival Columbus Crew at 6:30 p.m. Friday at Lower.com Field in Columbus.

FCC played what might be its worst match of the entire season Saturday in Foxborough, Massachusetts. The team looked out of sorts and lackluster the whole time. It was only through sheer talent from Luciano Acosta and Brenner that FCC scored its lone goal.

The defense played badly in the team’s last match. When you look at who they were going up against, you kind of understand why. However, that doesn’t mean they shouldn’t have played that badly. Tajon Buchanan destroyed the FCC’s left side, and Gustavo Bou and Adam Buksa decimated FCC’s center backs.

There wasn’t anything good to come out of the match for the back line. It was so bad, Caleb Stanko came into the match at halftime to replace Gustavo Vallecilla, and the club ended up moving to five center backs. It still allowed another goal. That’s how bad the defense played.

The offensive side of the ball did almost nothing noteworthy. This has become a trend for coach Jaap Stam’s team where it tries its best to not allow goals, but that really doesn’t matter if the team can’t score itself.

After a brief honeymoon period, fans can see why D.C. United let Acosta go. He tries to play hero ball too much and leaves way too many players out to dry. For a team that has some trouble defending counter-attacks, he is not good for the team in that sense because of that very reason. He loses the ball trying to dribble around players, allowing the opposition to have an advantage with a surprise attack.

Columbus Crew SC currently has a 6-6-9 record with a total of 24 points. The team has scored 22 goals so far this season and allowed 27 goals. Columbus is currently on an absolutely torrid stretch, coming into this match against FCC with six straight losses, including a loss to Chicago SC.

The leading scorer for the team is Lucas Zelarayan with six goals, then the player with the second-most goals on the team is Gyasi Zardes, noted FCC killer. Luckily for FCC, the team will not have to face him because he is sidelined with a hamstring injury for a couple of weeks.

According to WhoScored.com, the team’s strengths include shooting from direct free kicks, creating long shot opportunities and coming back from losing positions.

According to the site, its weaknesses include finishing scoring chances and defending against skillful players.

WhoScored.com said Columbus’ style of play includes taking long shots, attacking down the right, playing with width and being non-aggressive