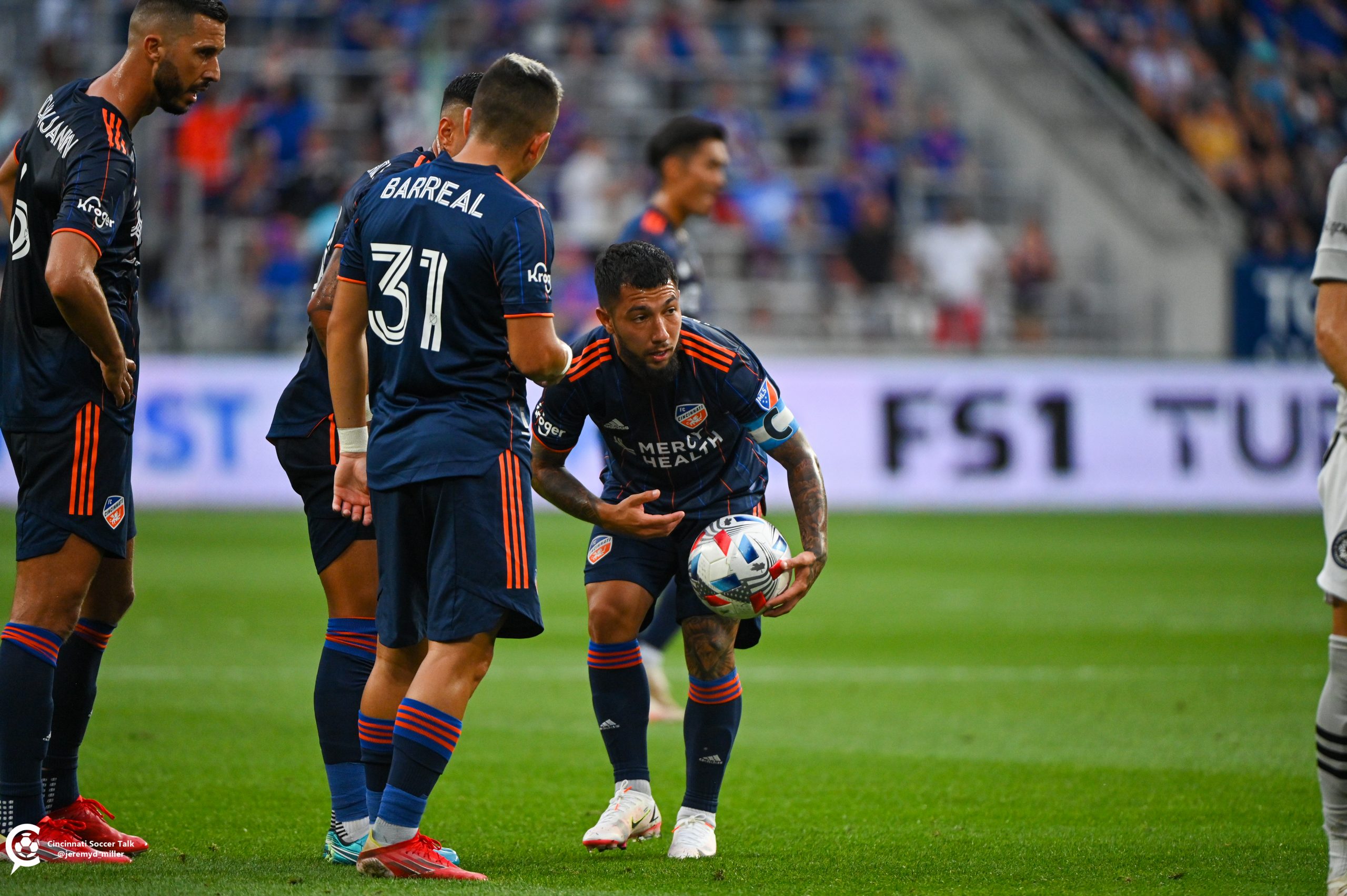 FC Cincinnati will look to continue its four-game unbeaten streak when it travels to face off against the New England Revolution on Saturday.

FC Cincinnati will look to continue its four-match unbeaten streak when the team goes up against the Eastern Conference-leading New England Revolution on Saturday.

FCC has had four straight draws coming from matches against D.C. United, New York Red Bulls, Orlando City SC and CF Montreal. When you look closer at these results, however, there is more to look at than just the final result.

First, the good. FCC only allowed one total goal in all of those four matches combined. Two of those teams are playoff squads, Orlando City SC and CF Montreal, which shows the defense is getting much better at closing the gaps and stopping easy chances.

This change in defensive performance lines up almost perfectly to Nick Hagglund’s shift to the right back position. He is an improvement to the defensive play at that position, which allows one of the center backs to help out Ronald Matarrita if needed.

Now, the bad. The team only scored one total goal in those four draws. That’s legitimately awful. Getting a point from a match is a marked improvement compared to four-match losing streaks, but it’s hard to fathom that when watching FCC fail to score a single goal, especially when the team is playing up a player.

The team needs to get better at taking advantage when there is an opportunity within in its grasp. Coach Jaap Stam should have brought in an attacking option, such as Isaac Atanga, after CF Montreal went down a player.

Joseph-Claude Gyau missed Wednesday’s match with an apparent Achiles injury that we haven’t heard more about. Things may get worse before they gets better with the gauntlet of matches coming up for FCC. If Stam wants FCC to show any energy for these matches, he needs to give his best players some time to rest.

The team’s leading scorer right now is Gustavo Bou, who has scored 12 goals on the season so far. The team’s second-leading scorer is Adam Buksa with eight goals, and third on the team is Tajon Buchanan with five goals.

The last time these two teams played was earlier this season in late May when the Revolution won 1-0 thanks to a Buksa goal in the 70th minute.

According to WhoScored.com, strengths of the New England Revolution include counterattacks, aerial duels, attacking set pieces, attacking down the wings and stealing the ball from the opposition.

The site said the team’s weaknesses include defending against long shots. That’s it. FCC will need to be on its game if it wants to get even a point from the match.