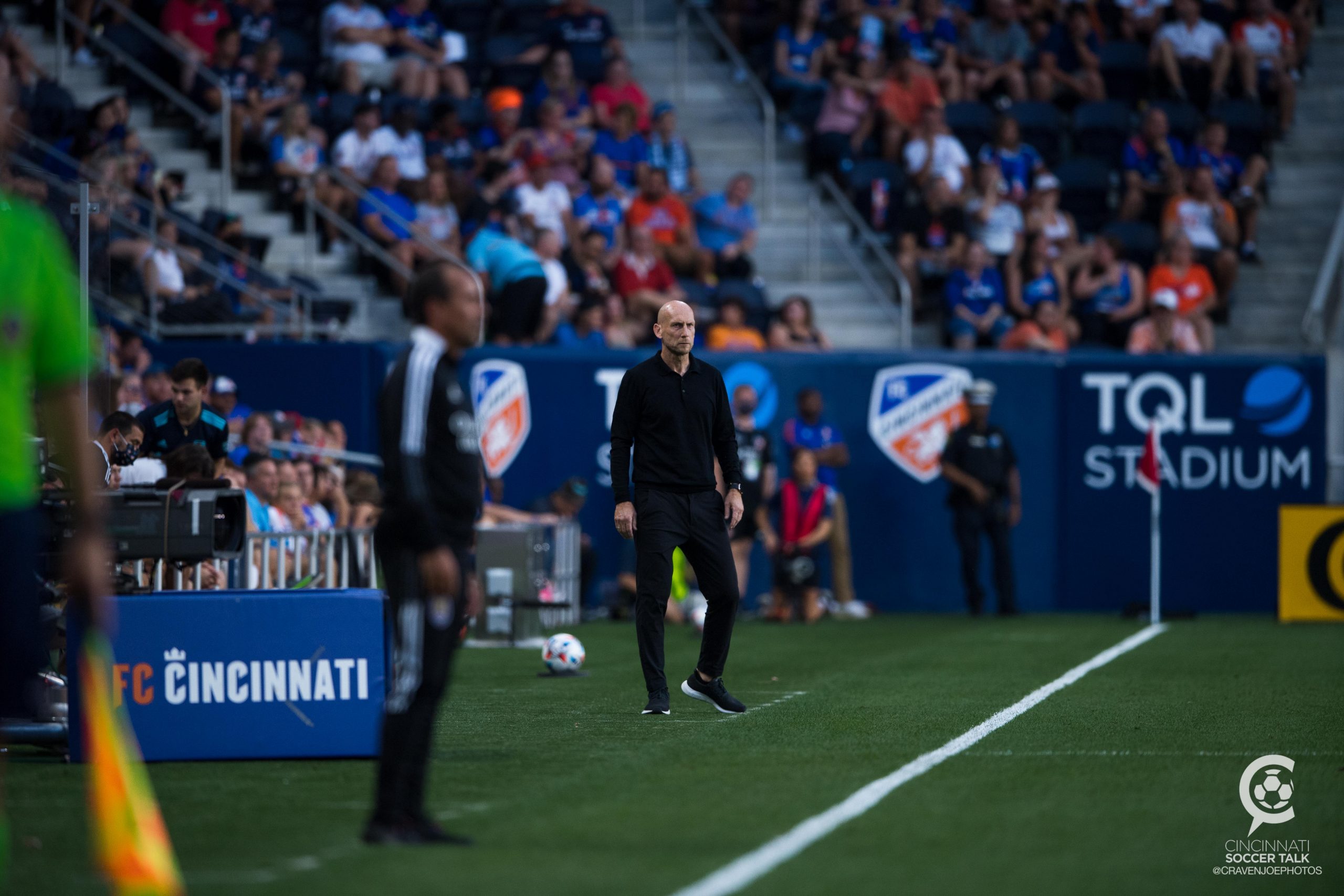 FC Cincinnati will look to win its first match at TQL Stadium when it takes on CF Montreal for the third time this season on Wednesday.

FC Cincinnati will look to rebound from its last matchup against CF Montreal when it takes on the Canadian side Wednesday. FCC is currently on a three-match unbeaten streak, with all of them ending in draws.

FCC is currently 13th in the Eastern Conference with a record of 3-7-7 and 16 total points. The team has scored 18 goals and allowed 30 so far this season. Even with some improvement on the offensive side of the ball, the club is still only one point away from being tied for the Wooden Spoon.

The last time FCC faced off against CF Montreal, the scoreline did not favor the Orange and Blue, as it ended with a 5-4 scoreline. One of the more disappointing results from the team this season, FCC had two different two-goal leads in this match and still ended up with the loss. This match was played in Canada and was hectic for many of the FCC players as some of them needed to travel midweek to New York, then three players were unavailable for unstated reasons. Had Geoff Cameron been available for the match, it most likely would have ended with a different scoreline.

The first time the two sides played this season, FCC won its first match of the season thanks to a late goal from Vallecilla.

The addition of Florian Valot and Tyler Blackett could help out the side, but they are not “wow” signings that are going to fundamentally change the way the club has played. The players that have performed previously this season need to get better or Stam needs to implement those players in better ways. There are some decent players at FCC, but it’s the way they are being used that hurt the team. Players like Joseph-Claude Gyau and Nick Hagglund aren’t being used correctly, and because of that, they’re not playing up to their potential.

CF Montreal is currently seventh in the Eastern Conference with a record of 7-5-7 and a total of 26 points. The team has scored a total of 26 goals and allowed 25 goals so far in the season.

The opposition’s leading goal scorer this season so far is Mason Toye with seven scored. Montreal also has one player with three goals, Djordje Mihailovic, and six players with two goals apiece.

According to WhoScored.com, Montreal’s strengths include creating long shot opportunities, coming back from losing positions, attacking down the wings and finishing its chances.

The site also said the team’s weaknesses include avoiding individual errors, protecting the lead and defending against skillful players.

The site said Montreal’s style of play is short passes, attacking down the left side and playing aggressive defensively.

I think the 11-day break for FCC will do the team wonders as many of its players play all match, every match. I think FCC will come out hungry to get the second half of the season going and begin it strong. You heard it here first folks, I think FCC will pick up its first win at TQL Stadium on Wednesday against CF Montreal.

I predict the scoreline will end with a 2-0 win for FC Cincinnati.