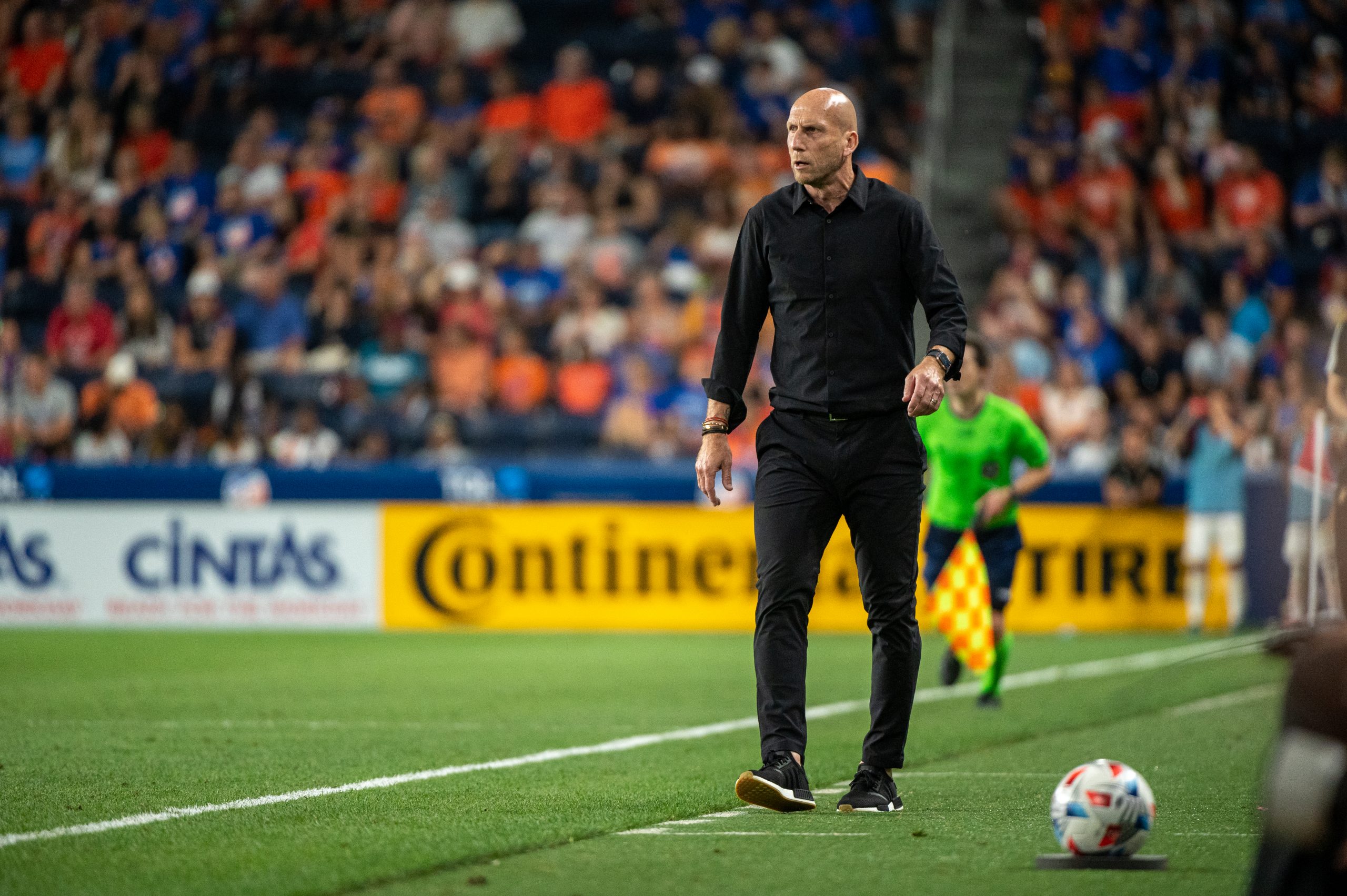 FC Cincinnati could face some familiar faces in Frankie Amaya and Andrew Gutman when it travels to play the New York Red Bulls on Wednesday.

FC Cincinnati (3-7-5, 14 points) will travel to Harrison, New Jersey, on Wednesday, staring down both the midpoint of the season and well-known acquaintances in the New York Red Bulls (5-7-3, 18 points) Both teams are looking to end winless streaks in their first meeting since former first-round-pick Frankie Amaya was dealt to New York over the preseason.

FC Cincinnati is still seeking its first win since June 26, going winless in July (0-2-4). While Ronald Matarrita and Allan Cruz returned to the starting lineup after their Gold Cup run with Costa Rica, FC Cincinnati was unable to find its first home win of 2021, drawing 0-0 with D.C. United. Despite having a two-man advantage late in the second half and much of the possession, FCC could only get three shots on target, the same as D.C. United.

ORANGE & BLUE IN SEARCH OF SUPPORT

With Matarrita and Cruz back with the team, FC Cincinnati typically looks much better on the road with its full Starting XI. FCC has gone 3-2-1 with Matarrita, Cruz, and midfielder Luciano Acosta all in the lineup, all three wins coming on the road. When at least one of those three have missed the match, the team has gone 0-4-4. FCC will need that returning firepower to avoid its first three-match goalless streak.

The other positive trend is that FC Cincinnati has yet to lose a midweek match this season. Despite the short breaks after weekend home losses, FCC defeated Chicago Fire F.C. 1-0 and drew Atlanta United 1-1 on the following Wednesday nights.

The negative trend has been that the team is threadbare when it comes to substitution patterns. Coach Jaap Stam has opted to use all five substitutions only five times in 15 games this season, and he brought in only one substitution — Brandon Vasquez for Alvaro Barreal — in the last match against D.C. United.

While the team is getting closer to bringing back Zico Bailey (hip) from injury, he is expected to miss this match. Calvin Harris (meniscus) and Maikel van der Werff (sports hernia) are continuing to rehab and are unavailable. As of this release, FC Cincinnati has yet to make a deal for support in this current international window.

RED BULLS IN SEARCH OF WIN(G)S

While FC Cincinnati is in search of a win to shift momentum, New York looks to stop its own slide. After managing four wins in their first eight matches, the Red Bulls have hit a dry patch, winning once in their last seven (1-3-3).

The streak of blown leads is something the Red Bulls are also trying to resolve. Despite enjoying a lead against New England in its last game, New York let in two late goals to lose 3-2 at home to the Revolution.

While offseason pickups in the form of forwards Fábio and Patryk Klimata have gained traction, each scoring three goals in the last eight games, the overall production for coach Gerhard Struber’s team has been inconsistent compared to past squads. After 15 games, the Supporter Shield-winning Red Bulls from 2018 had a +17 goal differential (33-16). The 2021 squad currently has a goal differential of zero (20-20).

The younger, newer faces have been signs of hope within the revamped Red Bulls. Venezuelan midfielder Cristian Cásseres Jr. and wonder-kid Caden Clark each lead the team with four goals, while goalkeeper Carlos Coronel has managed four clean sheets in 15 games.

New York hasn’t found the full potential from notable former FC Cincinnati players Amaya and defender Andrew Gutman. Amaya has only played 609 of New York’s 1350 minutes of play (45%), and since his first goal with the Red Bulls in Week 3, he has collected only one assist over his last 10 appearances. Gutman himself has one goal but has only made four appearances for New York, last playing on May 8 against Toronto F.C.

HOW THEY MATCH UP

FC Cincinnati has historically found the Red Bulls to be a difficult opponent, all starting from the draining 3-2 loss in extra time to New York in the 2017 U.S. Open Cup semifinals. While the Orange and Blue have won the last two matchups with New York, the Red Bulls own a 4-2-0 advantage in the rivalry, having won two of the three matchups at Red Bull Arena.

New York’s formation has remained quite consistent — Struber tends to run a solid four-man back line with a fluid central midfield and a consistent two-striker attack in Fábio and Klimala. The loss of center-back Aaron Long to an ACL injury left the defense in tatters, but veteran Kyle Duncan and Tom Edwards, on loan from Stoke City, have kept the backline together.

According to Whoscored.com, the Red Bulls typically attack from a distance and take longer shots more often to control in the opponent’s half, but they have been susceptible to counter attacks and one-on-one challenges. If the Orange and Blue plan to get their third straight victory against New York, they will have to produce more shots than they have in recent play. The Red Bulls have faced stiff offenses in New England and Philadelphia multiple times already, and teams that are more aggressive in taking their shots typically overcome New York’s countering style.