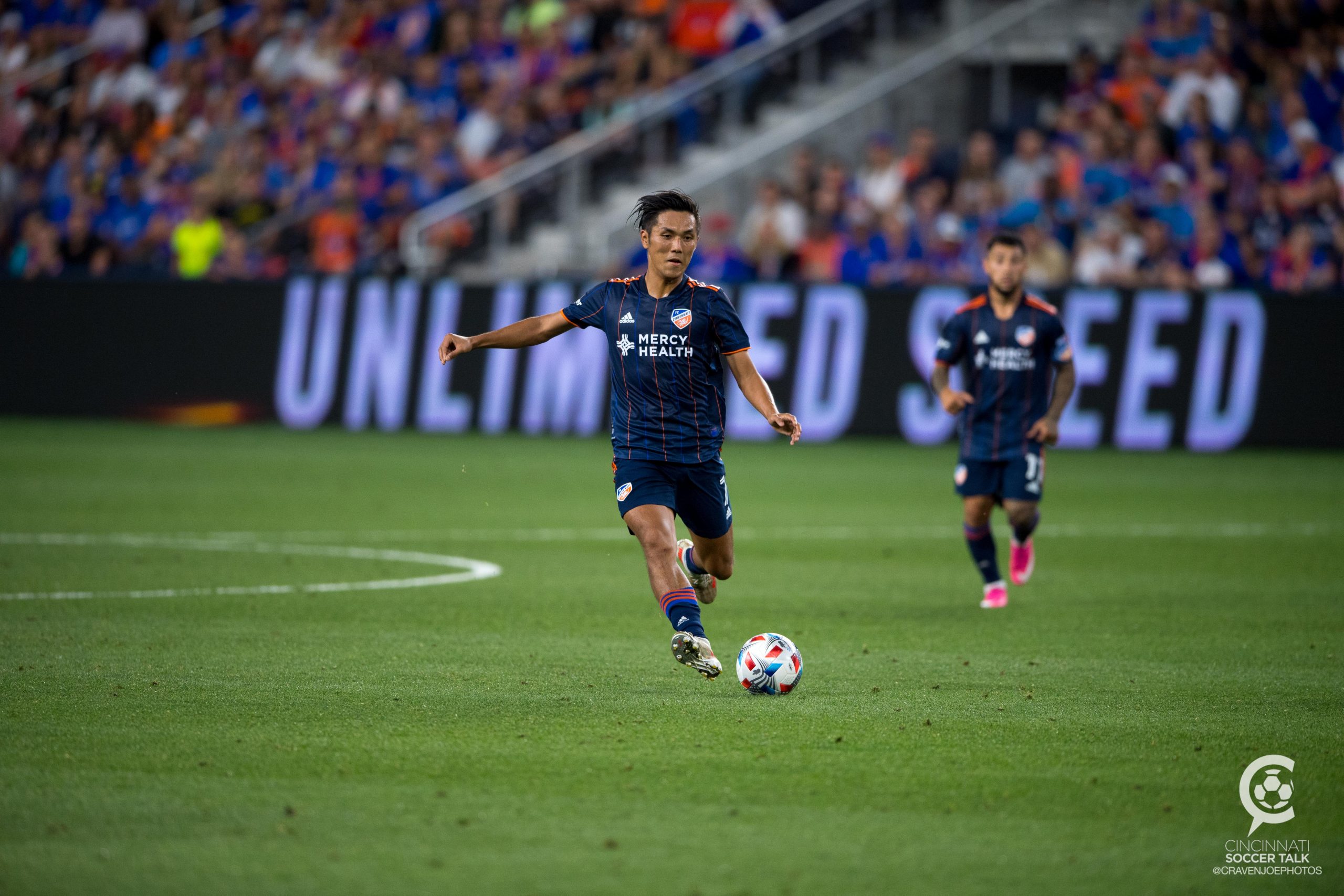 FC Cincinnati takes its four-match unbeaten streak into Canada on Saturday for a match with CF Montreal.

FC Cincinnati will travel to face off against CF Montreal for the second time this season on Saturday. In the team’s first matchup this season against the opponents from Montreal, FCC took home its first win of the season in a 2-1 victory thanks to a goal in the 86th minute from defender Gustavo Vallecilla.

Since this match, FCC tallied eight points in the next six matches while CF Montreal put up 11 points in five matches. Montreal scored five goals in those five matches, while FCC scored six goals in six games.

Following the massive disappointment of a match against Columbus, FCC will look to right the ship against Montreal. FCC came out of the gate of that match swinging and looked to be heading toward a definitive win against the team’s rivals from the north.

However, as is usually the case with Cincinnati professional teams and games against rivals, that isn’t what happened. The team couldn’t capitalize on a 2-0 lead and up a player and drew against Columbus.

But if there was something of a bright side to look at from that match, FCC’s finishing was pretty good. The opening goal from Edgar Castillo was a rocket, and the second goal from Luciano Acosta was nice as well. The team finished two important chances, and that’s more than could be said about prior seasons. The team has already tied the number of goals it scored all of last season, and while that’s saying more about last season’s team than this year’s, it’s still better.

The defense, however, didn’t look good, and that was considering Columbus was missing many of its most important players due to national team commitments and injuries.

It seemed like the team decided to go back into its shell after going up two goals and Columbus lost a player, and it didn’t even do that right. FCC allowed Columbus to have too much space, especially with the caliber of a player like Lucas Zelarayan roaming the pitch. It can’t be understated how important the yellow card to Yuya Kubo was, but the team still disappointed everyone.

FCC has come out of the gate fast in multiple matches this season, and even though two of those matches ended in 2-2 draws, those fast starts show the team has a lot of potential. If it can get off to a fast start against CF Montreal, this match could be different.

CF Montreal is currently fourth in the Eastern Conference table with a point tally of 19 points and a 5-4-3 record. The team scored 14 goals so far in the season and only allowed 11 goals in its 12 matches.

According to WhoScored.com, the strengths of CF Montreal include creating long shot opportunities, creating chances through individual skill and counter-attacks. A weakness of the team according to the site is protecting a lead.

The team’s style of play was stated to be short passes and attacking down the left, while on defense, the site said the team plays the offsides trap, is aggressive and likes to play in its own half.