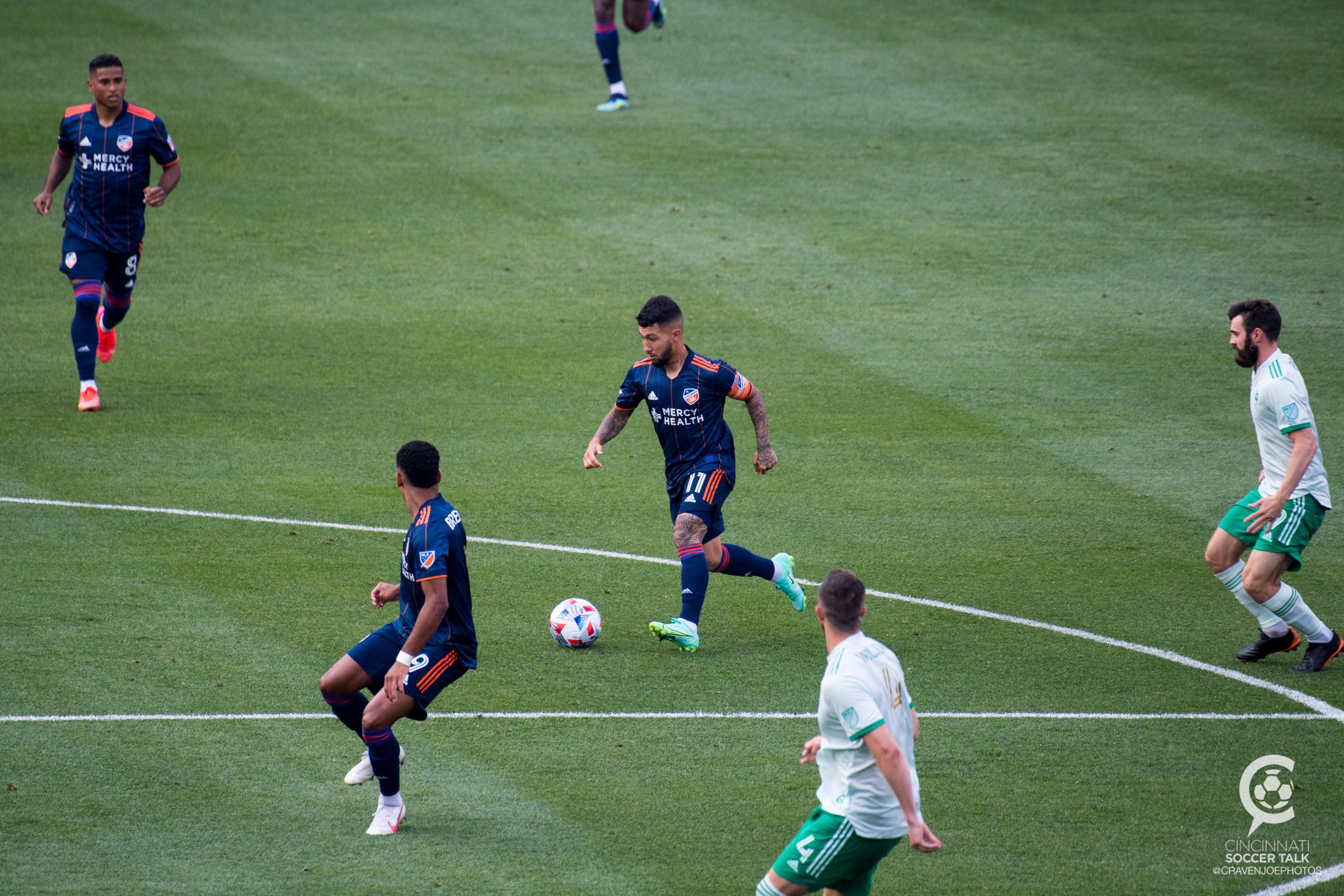 FC Cincinnati won its second road match this week with a 2-0 victory over Toronto FC on Saturday.

FC Cincinnati won its second-straight match Saturday night, this one coming against Chris Armas and Toronto FC. FCC came in riding a 1-0 win at Chicago and won 2-0 against another team at the lower part of the Eastern Conference.

FCC looked the better side at the beginning 15 minutes or so of the match, which is when the team got its opening goal. A beautiful ball from Isaac Atanga played Allan Cruz into the middle of the box, which Cruz buried. Cruz hasn’t had a brilliant start to the season, but the last few matches have been good from the Costa Rica midfielder.

Atanga also had his most productive match in an FCC jersey, showing why coach Jaap Stam put his faith in him. Atanga showed his speed during the match, but he also showed a much better ability to distribute the ball to his teammates up front.

After the opening goal from Cruz, FCC allowed Toronto to attack a lot more, which was worrying for the rest of the half. It looked like Toronto would equalize at any moment from the 20th minute until around the 50th minute.

Toronto did very well to move the ball quickly around FCC’s box during this long spell of attack but really never got an outstanding chance. There were a couple of moments that looked enticing, especially the corner kicks where goalkeeper Kenneth Vermeer was needed but other than those, not much troubled the Dutch keeper.

Dom Dwyer was the biggest challenger for a goal, as there were a couple of times he slotted the ball in after an offsides call and a couple of times Vermeer blocked a point-blank shot. Vermeer did very well making sure he was big on these attempts and not allowing the veteran striker to feel comfortable in his attacking chances.

The FCC backline, however, showed it still has a lot to work on. It was cut up a lot and looked out of position way too many times. Geoff Cameron looked alright and has been massively important thanks to his experience at the position. Without him telling the rest of the backline where to be, FCC would not be where it is now.

The second half started out much like the end of the first half, with Toronto laying siege on the FCC goal, but somehow FCC weathered the storm and did not concede. After this time, FCC started attacking more than it had since its first sporadic attempts in the first 15 minutes or so of the match.

During this time, Luciano Acosta really showed why FCC brought him back into the fold of MLS. FCC looked for two years for a No. 10, and Acosta showed why it was so important.

While there are times he forgoes the easy play and makes it hard, there are also moments where he shows brilliance, and that’s what happened in the 68th minute.

Acosta was being played to the outside by Michael Bradley until he dribbled to his right and lofted an absolutely beautiful strike into the right-hand side of the back of the net, doubling FCC’s lead and almost surely securing the team’s win.

The rest of the match seemed to fly by, as Toronto looked increasingly frustrated with being unable to get many more chances and not using them as wisely as they could.

FCC played the rest of the game out in great fashion and pick up another three points, putting the team in 11th place in the Eastern Conference.