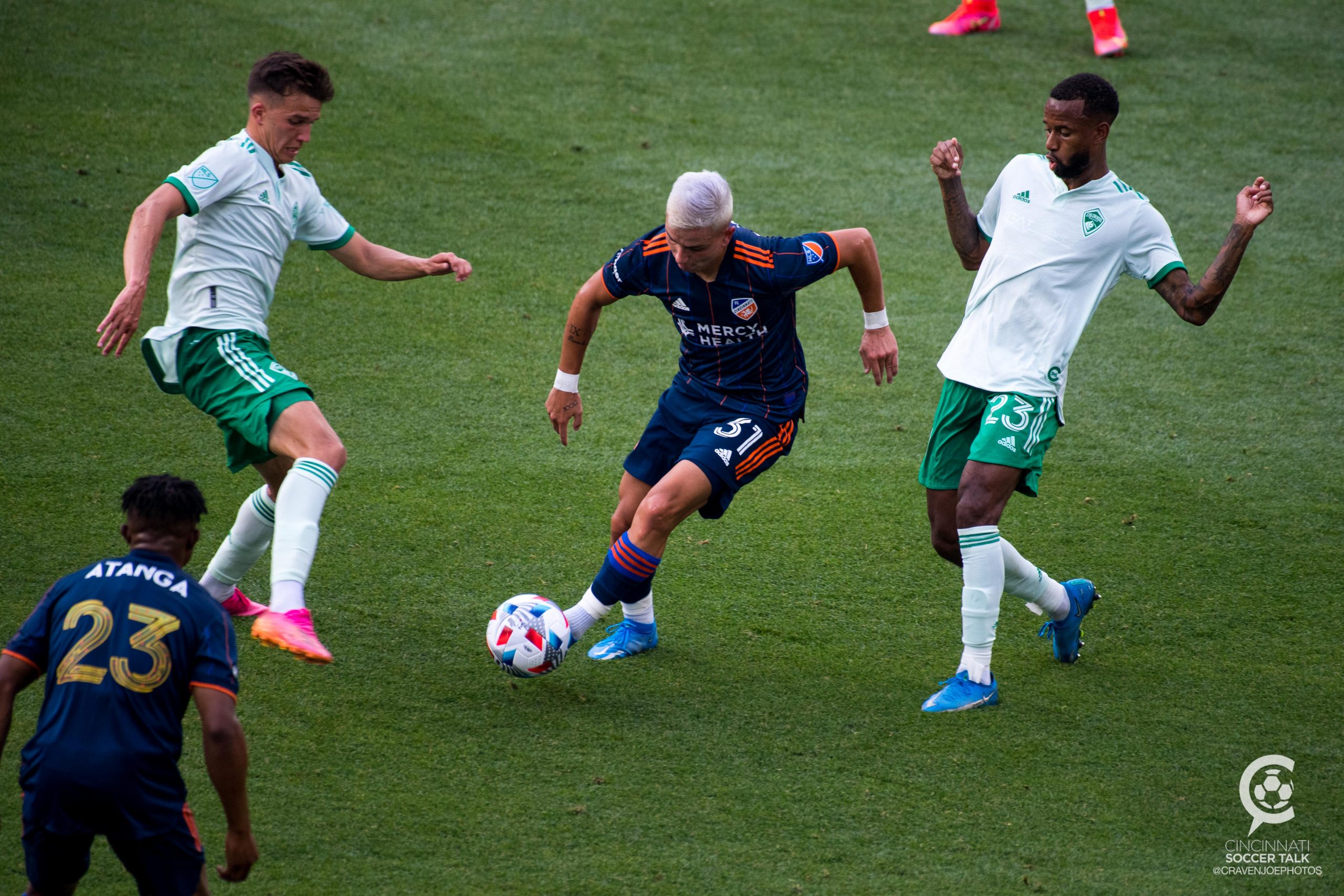 FC Cincinnati will look to end its losing streak on Wednesday night when it goes up against Wooden Spoon competitor Chicago Fire FC. FCC is currently on a two-game losing streak, losing to the New England Revolution and the Colorado Rapids, in which the team didn’t tally a single goal.

FCC is 1-1-5 on the season, with four total points to the team’s name. FCC’s lone win came against CF Montreal on May 22. Prior to that match, the team’s only other point was against Nashville SC in the opening match.

This season so far, FCC has scored six goals, and nobody on the team has scored more than a single goal. While this might be a good thing in the sense that all of the goals aren’t coming from a single player, it isn’t great that the team’s most important offensive threats aren’t contributing massively.

Brenner and Luciano Acosta still sit with the lone goals they tallied in the first 12 minutes of the season. Jurgen Locadia also still has his one goal that came against Montreal.

These three players must get better at taking advantage of the chances they do get, even if that might only happen sparingly. Every shot seems to go straight at the keeper, and that that won’t help the team. Because the team doesn’t get a lot of chances usually, whenever they do come, there usually isn’t someone in the vicinity to poach off a possible missed shot. This is a prime spot for a player like Locadia to capitalize, but it doesn’t happen for the team.

Ronald Matarrita is the team’s leader in assists with three, and he has been a beacon for the offensive output. It is not known whether he will be ready for this next match, but he did train with the full group on Monday and is not listed on the club’s injury report for the match. If he is available, the team’s offensive fortunes will increase considerably, especially going up against Chicago that has allowed 13 total goals in its eight matches this season.

The team’s defense looked calamitous against Colorado. It was as easy as playing the ball over the top, and the opposition was already in and ready to shoot. It shouldn’t need to be said every week, but this cannot happen. Kenneth Vermeer helped stop two of them but then looked like a practice squad keeper on the two goals. The defense needs to help him out.

Chicago Fire FC is level with FCC for the lowest number of points at this point in the season. While Chicago has allowed fewer goals, 13 compared to the 17 FCC has allowed, the team has also scored fewer times, just four of them in eight matches.

Of those four goals, a single player scored three of them, and that player is midfielder Luka Stojanović, with forward Robert Berić tallying the remaining goal.

According to WhoScored.com, the strengths for Chicago include stealing the ball from the opposing team, attacking from set-pieces and attacking from the wings. This does not bode well at all for FCC, who are terrible set-piece defenders, and losing the ball at any time usually makes for catastrophic ends.

Some of the weaknesses of the team, according to WhoScored.com, include keeping possession, defending from the wings and from through balls and finishing their scoring chances. 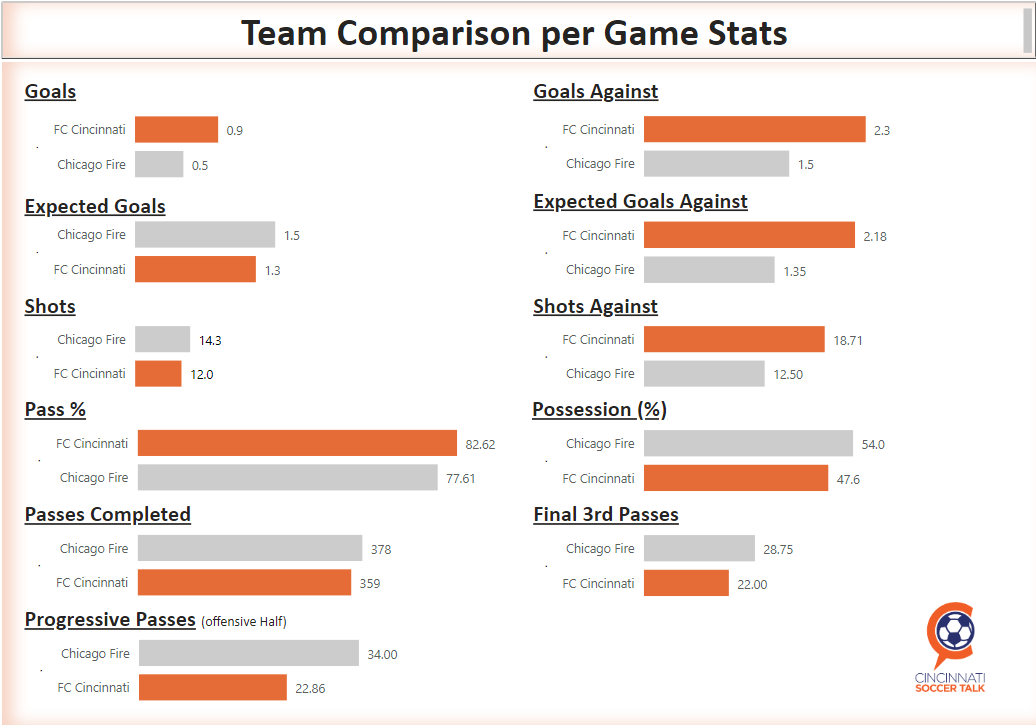