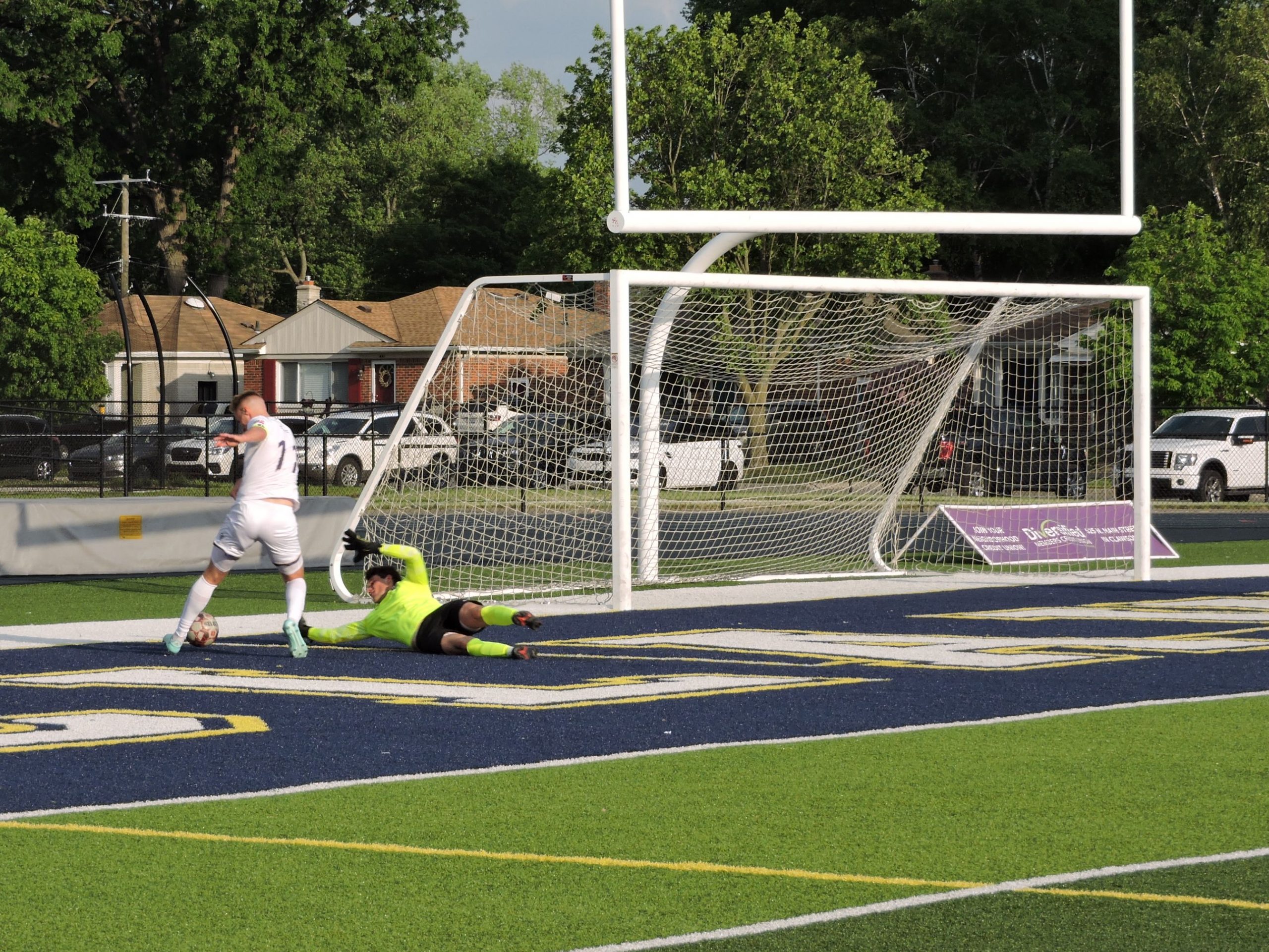 Heading into Saturday’s match with Oakland County, Kings Hammer FC needed to rebound from the 4-2 midweek loss against Kalamazoo FC. Oakland County entered the game off of a win against South Bend.

One thing that the Kings of the Queen City needed to do was to shut down the Oakland County offense. Defensively, Kings Hammer has a pretty solid roster despite giving up four goals to Kalamazoo. All four Kalamazoo goals in that match were scored against a Kings Hammer side that was playing down a man.

As was expected, coach Paul Nicholson had some changes to the starting 11 against Oakland County and brought a few different players in the 18. One noticeable absence in the 18 was Ethan Garvey. Garvey left the Kalamazoo match after making an amazing goalline clearance and has played lights out for Kings Hammer up to this point. The most notable of the debuts was that of goalkeeper Scott Williams. Jared Brown had started in goal for Kings Hammer FC in the previous two matches. Mainstays Roberto Burlew, Karson Kendall, Rodrigo Robles and Danny Barlow were all in the starting 11 for Kings Hammer though and offered the squad some stability in the lineup.

Kings Hammer got its lone goal in the 17th minute on a Melker Anshelm header off of a Danny Barlow corner kick. Oakland County goalkeeper Kenny Cotton shut down a number of Kings Hammer chances the rest of the way and keep Kings Hammer scoreless for the remainder of the match. In the 30th minute, KHFC had two really good chances to score, as Barlow was stonewalled by Cotton, who also stopped the second chance shot from Luca Erhardt.

Ultimately, the Kings Hammer defense held the Oakland County offense scoreless, and Williams earned the club’s first-ever clean sheet in USL League 2 play. Stopping the Oakland County attack from putting up good numbers is a huge testament to the defensive squad Nicholson and his staff have put together. Even with some changes in the lineup, they kept a clean sheet and played nearly mistake-free football.

Wrapping the match up with a 1-0 victory on the road makes the nearly five-hour road trip much easier to handle.

Cameron Territo, a defender from Western Illinois University, made his Kings Hammer debut in the 59th minute. He was brought on for Alex Krakowiak. Krakowiak has played well in his 229 minutes for the club.

Matic Pavlic, the Slovenian native, plays his college soccer at the University of Evansville, where he is teammates with Garvey. Pavlic is a towering presence on the field at 6-foot-7. Pavlic joined the match in the 75th minute.

In addition to Territo and Pavlic, Nathan Heath made his Kings Hammer FC debut. Heath entered the pitch in the 77th minute. The former Campbellsville University Tiger hails from Manchester, England. Heath played seven matches under Nicholson in 2019 and logged 612 minutes for his former club.

Kings Hammer is going to need all of the fan support possible at Xavier University’s Corcoran Field at 7 p.m. Tuesday, as the defending champion Flint City Bucks travel to Cincinnati. Flint City tends to put competitive teams together every year. This year appears to be no different.

Tickets for all Kings Hammer FC matches can be found HERE