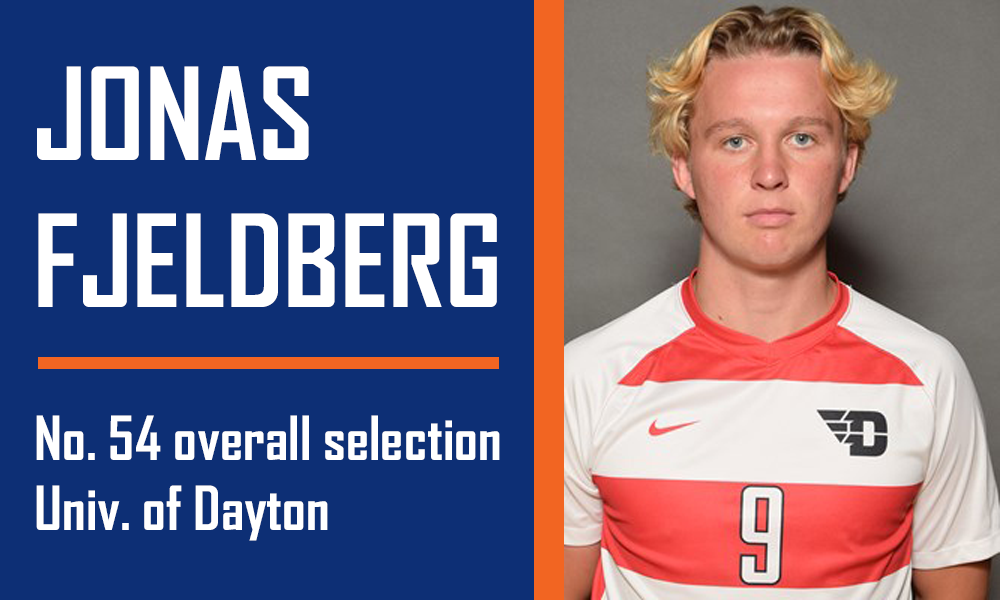 FC Cincinnati have announced the signing of another 2021 MLS SuperDraft pick Jonas Fjeldberg. Taken with No. 54 overall selection, Fjeldberg becomes the third player signed in this class after Calvin Harris and Avionne Flanagan.

FC Cincinnati have announced the signing of another 2021 MLS SuperDraft pick Jonas Fjeldberg. Taken with No. 54 overall selection, Fjeldberg becomes the third player signed in this class after Calvin Harris and Avionne Flanagan.

“Jonas has earned a contract with FC Cincinnati after training with the team for various weeks now,” FC Cincinnati general manager Gerard Nijkamp said. “He has adapted well to the professional setting and we are excited to see his potential with the club.”

The Jessheim, Norway native played the past four seasons at the University of Dayton racking up consecutive A-10 Offensive Player of the Year awards. Fjeldberg started all 9 matches for the Flyers in their shortened 2020/21 season scoring 5 goals and 4 assists. In 61 matches for Dayton, the midfielder scored 22 times while notching an impressive 21 assists.

It remains to be seen where Fjeldberg will end up for the 2021 season. FC Cincinnati have 10 players under an international roster designation with Maikel van der Werff and Franko Kovačević also needing an international spot once healthy.

A likely scenario for Fjeldberg could be a loan to a USL Championship side. FCC have a history of sending young players out (Rey Ortiz & Ben Lundt) who need an MLS international slot, but rank lower on the club depth chart. The club could also hold onto the player as they will have to contend with the loss of several players in the upcoming international windows.

For FCC to take this chance on an international product, he must have performed well in training. These spots are extremely valuable and traditionally used on players who will fill significant minutes on the pitch.