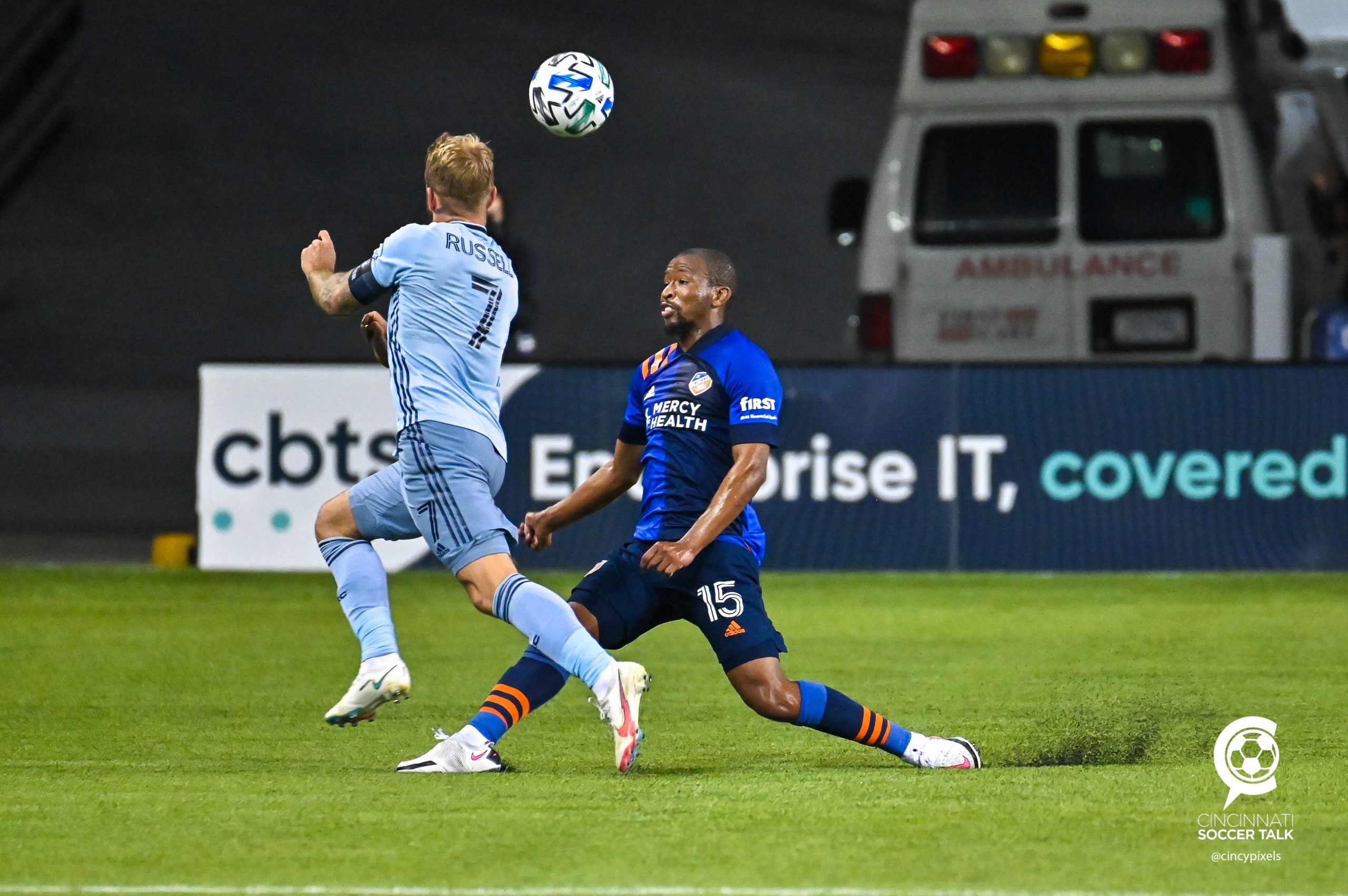 Kamohelo Mokotjo is one of FC Cincinnati’s few experienced central midfielders on the 2021 roster, but so far in 2021, he’s struggled to make much of an impact, at least according to the stats. First, it should be noted we’re looking at small sample sizes here both this season and for all of Mokotjo’s MLS career. In 2021, Mokotjo has played 217 minutes, starting all three matches. The entirety of his MLS career consists of those minutes plus the 549 minutes he played across nine matches in 2020. However, we can get some insight into how he’s adjusting to the league so far and potentially how he’s being deployed on the field by coach Jaap Stam.

Comparing Mokotjo’s 766 MLS minutes to other midfielders’ offensive production, using Football Reference data, makes a couple of things clear. Mokotjo has attempted a lot of passes and completed a very high percentage of them during his time in the league. Mokotjo has shown he can be a really useful outlet to recycle possession for FC Cincinnati, averaging 68 passes per 90 minutes with a completion rate over 90%, both ranking above the 90th percentile for qualifying MLS midfielders. However, few of those passes are moving his team up the field. Mokotjo hasn’t pushed the ball forward himself much either, with his progressive carries and dribbles completed numbers ranking in the lower third of MLS midfielders.

When looking at the differences between 2020 and 2021, the numbers are, so far, dramatically different. Mokotjo has been less involved on the ball this season. He’s averaged 26 fewer touches, 31 fewer pass attempts and he’s provided five fewer deep progression actions, passes or carries into the final third, per 90 minutes than last season. Mokotjo is attempting just about half the number of both medium and long passes in 2021. Mokotjo attempted 36.4 medium passes of 15-30 yards and 12.6 long passes of 30-plus yards, per 90 minutes in 2020. This season, he’s attempting 19.2 medium passes and 5.83 long passes. Whether that’s an issue further up the field with teammates not being open or an instruction from the sidelines, we can’t be sure. Regardless, Mokotjo is trying to push the ball upfield less in 2021 than he did in 2020.

Again, we’re looking at a smaller slice of an already small sample. So far, Mokotjo’s 2021 represents about half the minutes he totaled during 2020. However, there’s some cause for concern here. At the very least, whether or not Mokotjo can get back to progressing the ball to teammates will be something to keep an eye on during the coming matches.

Now partnered with Yuya Kubo in a midfield double pivot, Mokotjo’s defensive role should be more important than when he partnered with a more experienced player like Haris Medunjanin. However, since joining FC Cincinnati last season, Mokotjo hasn’t demonstrated he can be an effective ball winner or cut out attacking play in front of the back line. In his 766 MLS minutes, Mokotjo has pressured opponents with the ball 7.87 times per 90 minutes, the lowest total according to Football Reference among qualifying MLS midfielders. Mokotjo’s ball-winning stats are similarly low, his 1.29 tackles plus interruptions per 90 minutes rank in the second percentile of midfielders. Mokotjo is effective when he does pressure and when he attempts to tackle dribbling opponents, but he doesn’t do either enough to make much of a difference.

It’s a distinct possibility this is a coaching or tactical issue. Stam could be asking Mokotjo to just act as an outlet for teammates in possession, looking to cycle the ball along to someone else charged with progression. If so, questions need to be directed to the dugout. Asking one deep-lying midfielder to do the vast majority of pressuring, ball-winning and ball progression doesn’t seem to be a good strategy. In limited minutes last season, Mokotjo demonstrated he can pick out incisive passes to teammates higher up the field. FC Cincinnati’s 2021 attack would certainly benefit from having two options in midfield who can break defensive lines with a pass to advance the ball.

Mokotjo’s defensive production could also be a tactical question. Mokotjo has been effective when he presses opponents — he just rarely presses. Same with tackling. When Mokotjo tries to tackle dribblers, he’s above average at winning those challenges. He just doesn’t do it very much. It’s possible Mokotjo is contributing defensively in ways not showing up in the box score. But so far on paper, Mokotjo hasn’t added as much value defensively as most MLS midfielders.

Perhaps as Mokotjo’s partnership with Kubo improves, they’ll settle into a better split of midfield responsibilities. Or maybe Stam will make a tactical adjustment, allowing Mokotjo to get more involved in the game. Regardless, wherever you’re watching Sunday’s match against Inter Miami CF, whether it’s in person at TQL Stadium, at a bar in Over-The-Rhine or at home, keep an eye on what Mokotjo is doing on and off the ball. Getting more from Mokotjo on both sides of the ball is vital for FC Cincinnati’s success on the field.