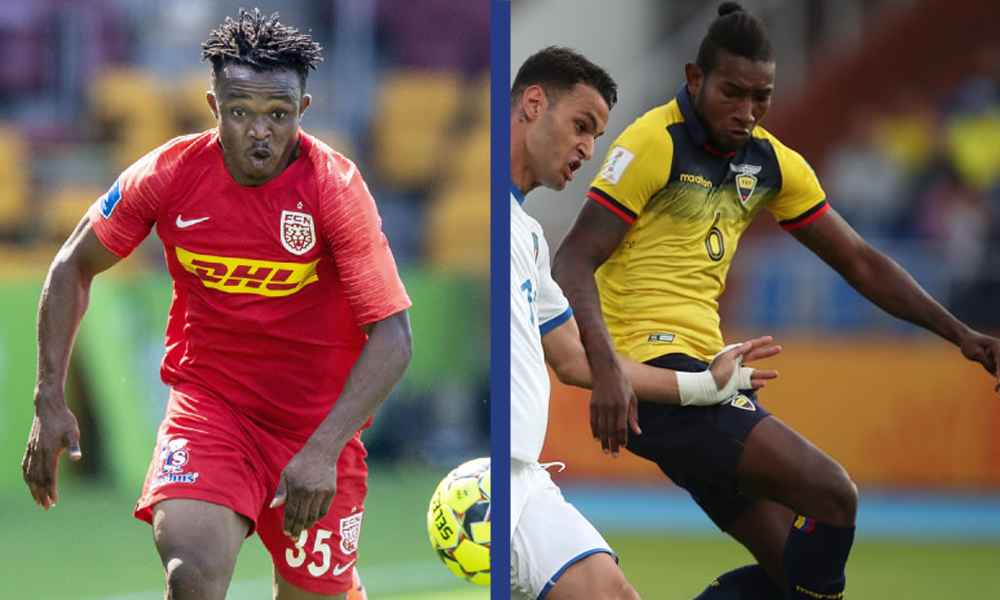 Cincinnati Soccer Talk can now confirm that FC Cincinnati will be adding center back Gustavo Vallecilla and winger Isaac Atanga for the upcoming season.

UPDATE: FC Cincinnati announced Wednesday the signing of winger Isaac Atanga to a three-year contract with an additional two option years, according to a club media release. Atanga will occupy an international roster spot and will be added to the roster upon completion of his visa and transfer certificate.

“We have been working to add a winger that provides a different playing profile than the players that are currently on our roster,” FC Cincinnati general manager Gerard Nijkamp said in the release. “Isaac is a player that attacks the opponent with pace and will create goal-scoring opportunities by getting in behind the defense. We’re excited for Isaac to join our club and look forward to welcoming him to Cincinnati.”

The signing of center back Gustavo Vallecilla has not yet been announced by the club but was reported Tuesday by Laurel Pfahler of Queen City Press.

Gustavo Vallecilla arrives on loan from S.D. Aucas of the Ecuadorian Serie A . Vallecilla spent time on loan last season with Barcelona SC Guayaquil (Ecuador), where he featured in 18 matches in the club’s COVID-19 disrupted season. The center back was originally thought to be returning to Barcelona for the 2021 season, where he helped BSC win the league and qualify for the 2021 Copa Libertadores.

Vallecilla does have some history with the United States. The defender started in Ecuador’s 2019 FIFA Under-20 World Cup fixture vs. the USA. Ecuador would go on to defeat the American squad 2-1 in the quarterfinals before losing to South Korea in the semi-finals. He did pick up a medal in third place match where Vallecilla helped shut out Italy 1-0. Vallecilla has continued to feature in the Ecuadorian youth national team, starting two matches for the U-23’s in their CONMEBOL Olympic qualifying campaign in 2020.

A right winger at his time at Nordsjaelland of the Danish Superligaen, Isaac Atanga will bring an immense amount of speed to FC Cincinnati. Atanga is a proven difference-maker on the wing, scoring 11 goals in 44 Superligaen matches. Videos from Wyscout.com show the a player who is not afraid to press a defender, causing mistakes and capitalizing on chances. Atanga will push an already loaded group of wingers for playing time and offers a unique skill set currently not present on the team.

The Ghanaian transfer is a graduate of the prestigious Right to Dream Academy. Atanga was selected out of 30,000 trialists for the program that assesses both athletic ability and academic performance to study and train on scholarship. Graduates of Right to Dream include former and current MLS players David Accam, Emmanuel Boateng, Abu Dunladi, Edward Opoku, Josh Yaro and Ema Twumasi, among others.

Both Vallecilla (21) and Atanga (20) are international slot players who could be brought in via MLS’s new U-22 initiative. These player signings provide salary budget flexibility for FCC as their contracts will hit the budget at a reduced charge.

This report will be updated with more information.