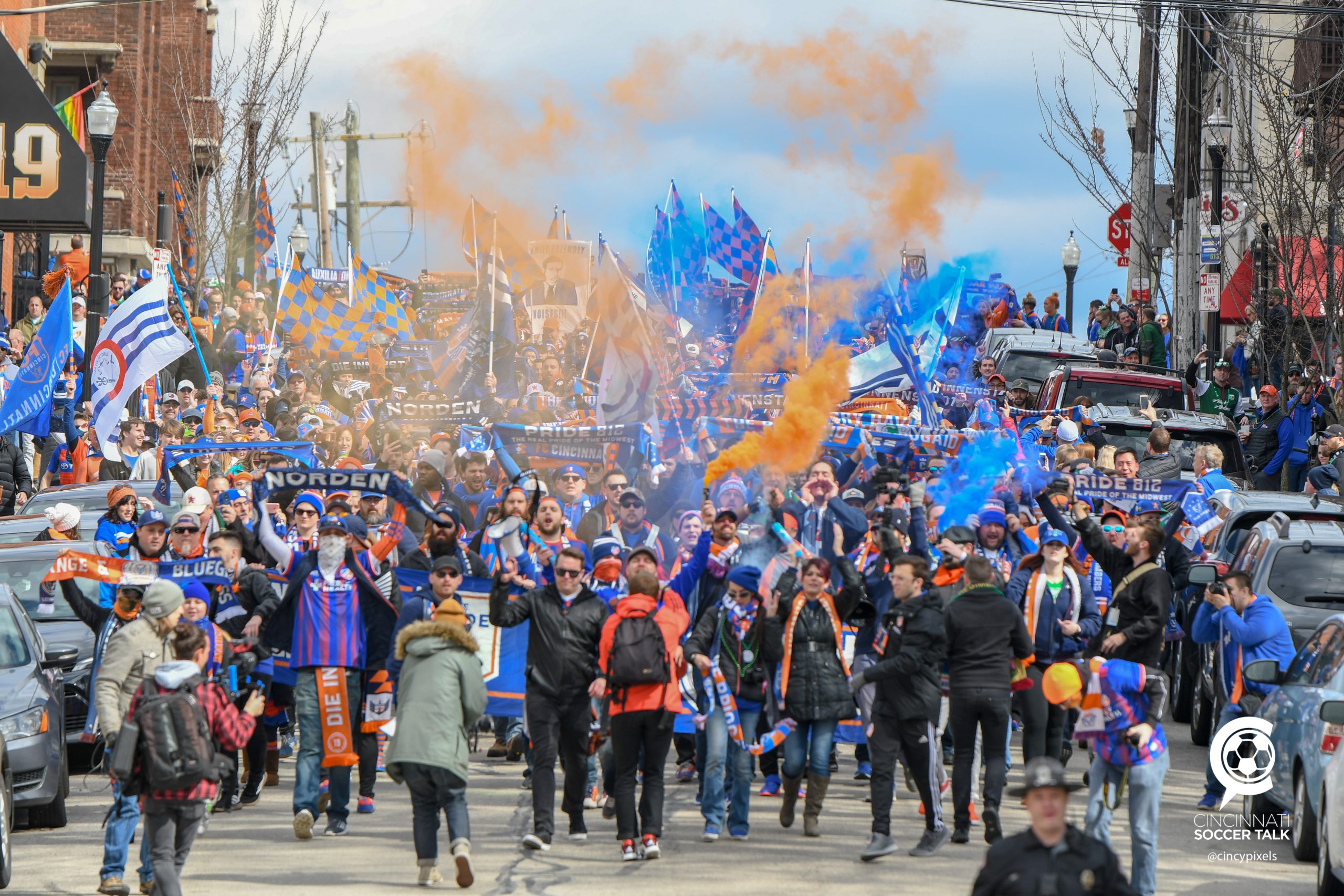 In 2021, FC Cincinnati will open West End Stadium in its fourth game of the season. The club will also play Columbus Crew SC twice and Nashville SC three times.

A limited number of FC Cincinnati fans will be able to help christen the club’s new West End Stadium just four games into the 2021 season. The first Hell is Real Derby bout with rivals Columbus Crew SC won’t be too far behind that.

MLS announced the schedules and formats for all 27 teams on Wednesday, filling in the gaps from each club’s home opener, announced earlier this month.

With the COVID-19 pandemic still active, Ohio Gov. Mike DeWine has suggested 30% capacity at sporting events, meaning attendance at West End will be limited, at least for awhile. The club has not yet provided guidelines for the distribution of limited-capacity tickets.

Here are some key notes from the season schedule:

■ FC Cincinnati opens its season at 8:30 p.m on April 17 at Nashville SC, as previously announced.

■ The first match at West End, also previously announced, is against Inter Miami CF at 4 p.m. on May 16, broadcast nationally on Fox.

■ There will be home-and-home Hell is Real Derby matches with the Crew, both on weeknights. The West End fixture is July 7, a Wednesday. The trip to Columbus, at new Crew Stadium, will be nationally televised on ESPN on Aug. 27, a Friday.

■ FC Cincinnati also faces rivals Nashville SC three times — in the season-opener and again in Nashville on July 24. Nashville comes to West End for a midweek fixture on Oct. 27.

■ The only other nationally broadcast game — on FS1 —  is a midweek match against Atlanta United at West End on July 21.

■ Five of the final seven matches are at home. Of the 17 home games, five are on Wednesdays and two are on Sundays.

The format will be the same for every MLS club — a 34-match schedule, 17 at home, 17 on the road. Only two matches will be against clubs from the opposite conference. For FC Cincinnati, the Western Conference fixtures will be against the Colorado Rapids on June 19 and at Houston Dynamo FC on July 3.

Two road fixtures at Toronto FC and one at CF Montreal have a to-be-determined site because of COVID-19.

The season ends on Decision Day, when FC Cincinnati will host Atlanta United at 3:30 p.m. on Nov. 7.

For the complete schedule, including start times, visit fccincinnati.com/schedule.