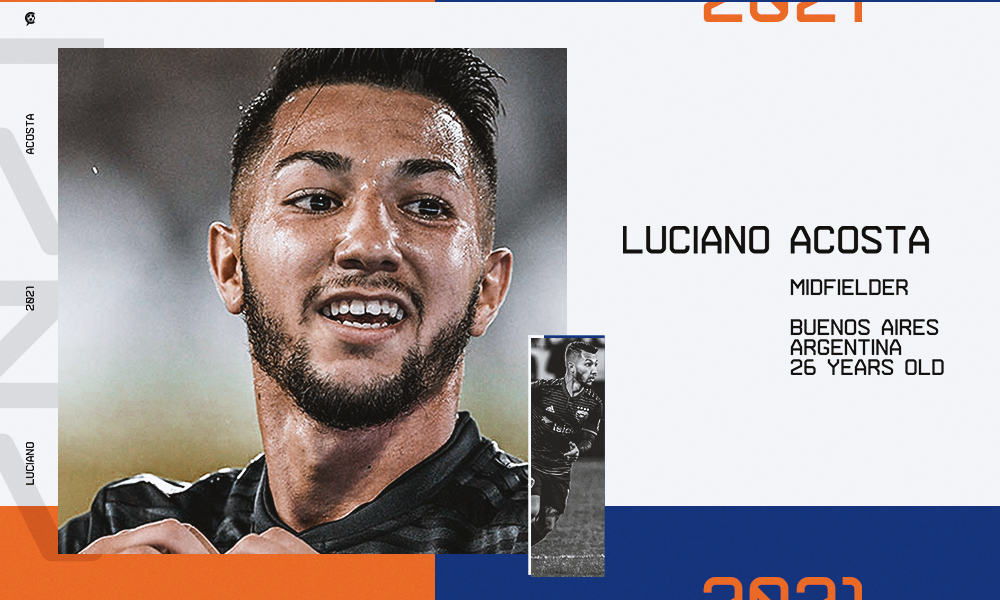 According to a report and confirmed Wednesday by Atlas FC, midfielder Luciano Acosta’s transfer to FC Cincinnati has been completed.

FC Cincinnati has made another key addition to its roster for the 2021 season.

Midfielder Luciano Acosta is coming to the Orange and Blue, according to a tweet Wednesday by The Post Cincy and confirmed later in a statement from Atlas FC. Acosta is expected in Cincinnati on Thursday, according to The Athletic’s Pablo Maurer. The club’s interest in Acosta was first reported by Maurer and Sam Stejskal.

FC Cincinnati must negotiate with D.C. United for Acosta’s MLS rights. According to Steven Goff of the Washington Post, FC Cincinnati will send $550,000 in general allocation money to D.C. United.

There has been no statement from club officials, but Atlas FC confirmed the deal in its statement:
“Atlas FC has received a formal offer from FC Cincinnati for Luciano Acosta. The offer was accepted by the player and we can confirm his transfer to the Major League Soccer club. We thank Luciano for his efforts at Atlas and wish him success in the next stage of his career.”

Acosta has two goals and an assist in 23 appearances with Atlas in the 2020-21 Liga MX season. He’s an MLS veteran, logging four seasons with D.C. United, most recently in 2019. During his time there, he notched 24 goals and 28 assists in 126 appearances.

Speaking to reporters on a videoconference call on Monday, FC Cincinnati coach Jaap Stam said the club needed one extra player in the midfield. Acosta would be that player, but Stam also said an addition on the back line is needed, and an additional attacker is desired.

As announced Wednesday by MLS, FC Cincinnati begins its 2021 season April 17 at Nashville SC and begins play at West End Stadium on May 16 against Inter Miami CF.