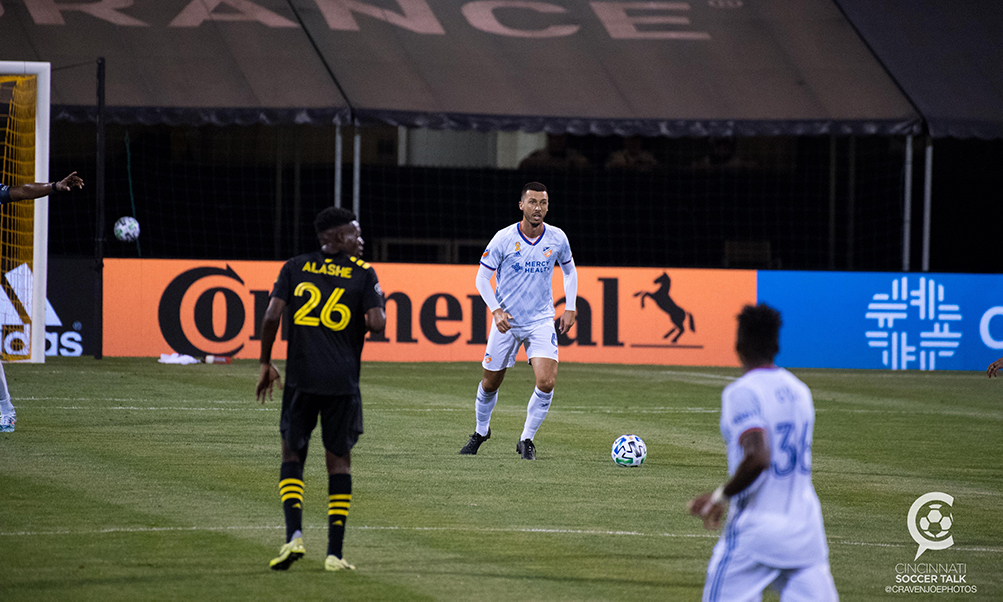 Some nights, it’s just not your night. Saturday night was one of those nights for FC Cincinnati, who fell 4-0 to New York City FC at Red Bull Arena.

It didn’t take long for FC Cincinnati to find out it wasn’t their night either, with Alexandru Mitriță darting through their defense and finishing past Spencer Richey to give New York City the lead inside of 31 seconds. That early opener would be a signal of things to come in a lopsided first half for hosts, who would go on to score two more before the halftime whistle. Anton Tinnerholm added the second on an overlapping run in the 25th minute, while Mitriță would complete his brace just two minutes before halftime.

FCC head coach Jaap Stam stemmed the bleeding for most of the second half with tactical and personal changes, but not entirely, as a deflected Jesús Medina freekick rounded out the scoring for the Pigeons.

“When you start from kickoff and you want to win that ball, and you want to press high, and then you concede straight away after 30 seconds … that’s hard,” Stam told the media in the postmatch video conference. “In this particular game, we were not good enough in what we wanted to do.”

Richey was on the receiving end of much of NYCFC’s dominance, and he echoed his coach’s comments.

“It always kills you on the road to concede early,” Richey said via postmatch videoconference. “And once we conceded the second, you know it’s going to be difficult to get back into those games.”

FC Cincinnati had reason to be confident heading into the match. Having earned a point at home against a dangerous Philadelphia side in the midweek and picking up a hard-earned 1-0 win last weekend in the same building against the Red Bulls, it appeared as if Stam’s men were riding a small wave of momentum.

But after yet another heavy-handed loss in Harrison, New Jersey, it’s starting to look increasingly like that wave was more of an anomaly than a momentum builder.

The result means FC Cincinnati (3-7-4, 13 pts) have picked up just nine of the 27 points available to it since the return from the Orlando bubble. The team’s scoring troubles have only extended further, too, with just two goals scored during that same time frame.

“There’s still moments within our side, if you look at them, when we can see that their heads are going down.” Stam said, talking about his team’s continued struggles. “It’s already improved a lot, you know, but it’s still there. And when you’re at the end of a period now in terms of playing a lot of games, that makes it even harder to get back into it. But that’s also a process that we, I think we as players, you need to learn.”

Luckily, Stam and his men will have a full week until they take the pitch again in which they can learn those lessons.