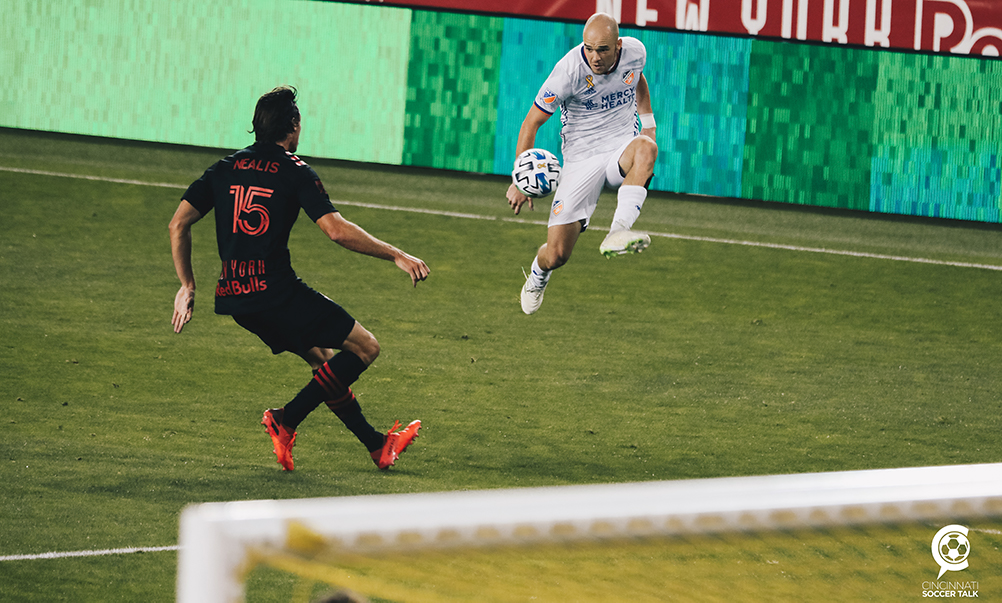 FC Cincinnati will travel to Red Bull Arena to face off against New York City FC and looks to stop the trend of losses to NYCFC.

FC Cincinnati is currently on a two-game unbeaten streak, with a win against the New York Red Bulls and a draw against the Philadelphia Union. However, that hot streak started the last time FCC faced off against New York City FC when coach Jaap Stam changed up his formation in the second half. Since then, FCC has been the better team in both of the matches it has played, including one against the Union, one of the top teams in the Eastern Conference. It seems ironic that the two teams will match up once again when FCC is just getting used to this new formation.

While FCC has only scored two goals since adopting the new 3-4-3 formation, it has looked stronger on both the offensive and defensive fronts, not even allowing a shot on goal against the Union. Jurgen Locadia looked especially good against the Union, other than the unfortunate miss that should have given FCC a 1-0 lead, and quite possibly the win. He was a great conduit of energy for the attack, and he could come into his own in this new role.

The three-man backline, consisting of three center-backs, has been great, allowing each one to know their tasks but then sometimes assist when needed. Tom Pettersson has known where to be and where not to be.

The whole team has looked more cohesive and ready to take on any challenge since the introduction of this new formation.

In the time since the last matchup between the two clubs, NYCFC has had two matches, a scoreless draw against the Revolution on Saturday and then a 1-0 loss to Toronto FC on Wednesday. However, that match against Toronto had NYCFC winning the shot-on-goal battle 8-2 but Toronto winning on a penalty kick. NYCFC should have at least gotten a point out of the match.

As FCC saw in its previous matchup against NYCFC, it will need to be wary of the opposition’s whole cadre of offensive talent, including Alexander Ring and Anton Tinnerholm, who both scored in the last game between the two clubs. FCC will also need to be watchful of Héber and Alexandru Mitriță, who both have two assists.

FCC and NYCFC are set up for a good matchup with FCC’s new formation as well as NYCFC’s good record against FC Cincinnati.