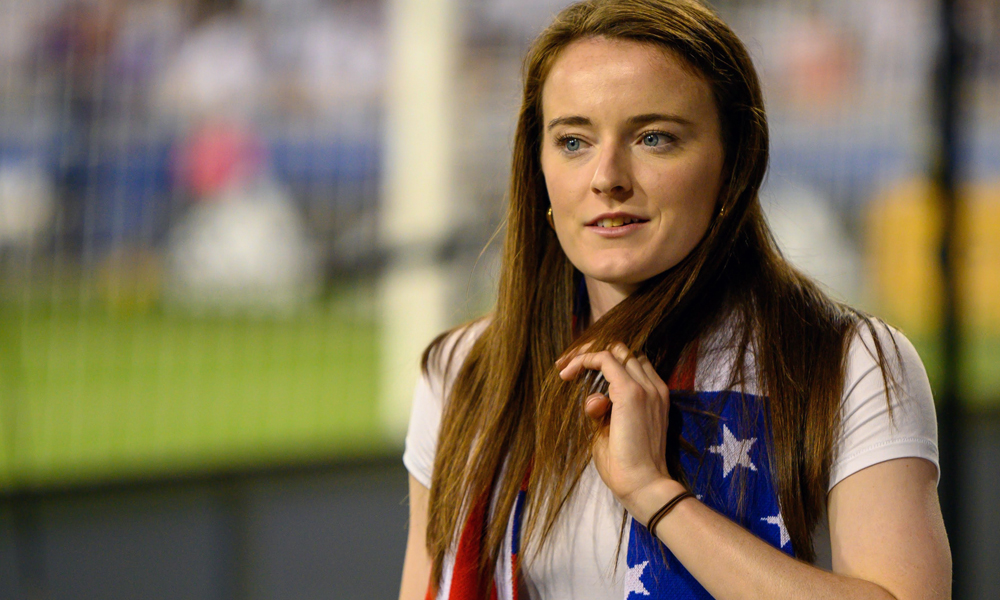 Manchester City announced Tuesday the acquisition of United States Women’s National Team star Rose Lavelle, where she will join USWNT teammate Sam Mewis. The 25-year-old midfielder was born in Cincinnati and played for local teams Lakota United Soccer Club, Cincinnati United and Dayton Dutch Lions. She also played for Mount Notre Dame High School, where she was Cincinnati’s Player of the Year by The Cincinnati Enquirer her senior year.

“I’m so excited to join Manchester City and I can’t wait to play alongside some really talented players,” Lavelle said in a Manchester City press release. “I’m looking forward to the opportunity of playing in England and competing in the Champions League. After talking with (coach) Gareth (Taylor) about the team and how he saw me fitting in, it seemed like a great environment that would really push and develop me as a player. I’ve heard amazing things about the club, and it just felt like a really good fit overall. I want to challenge myself and feel that Manchester City is the perfect environment to do so and hopefully I’ll find some success along the way.”

WE MOVE! Welcome to City, @roselavelle ! 💪

Lavelle played collegiately at the University of Wisconsin from 2013-16, where she made 84 appearances and scored 22 goals. She was also named the top Big Ten midfielder in 2015 and 2016, including being named a first-team All-American by the National Soccer Coaches Association of America (NSCAA).

Lavelle was drafted first overall to the Boston Breakers in the 2017 NWSL College Draft. While she was named the Player of the Month in April, the Breakers folded prior to the 2018 season, leading to a dispersal draft to distribute Boston’s players across the league. Lavelle was selected first overall in the draft by the Washington Spirit, who acquired the pick from Sky Blue FC.

Where Lavelle has made a name for herself is on the USWNT. She has made 45 appearances for the team and scored 12 goals alongside tallying seven assists. Lavelle was awarded the Bronze Ball — given to the third-best player in the tournament — at last year’s World Cup in France. She was also voted as one of the top 11 players in the world (sixth) by The Best FIFA Football Awards 2019 and was named as one of the world’s top three midfielders by her peers in the 2019 FIFA Pro World XI.

“We’re thrilled to have secured Rose’s services – with her impressive back catalogue, she is an incredibly exciting player and one we’re all looking forward to working with,” Taylor said in the release. “Her endless accolades for both club and country are proof of what a talent she is, and she’s exactly the kind of player we want here at City with her ambitions and desire for success matching our own. I’m extremely excited to see her make her mark on the Barclays FA Women’s Super League this season in what will hopefully be a successful campaign for Manchester City women.”