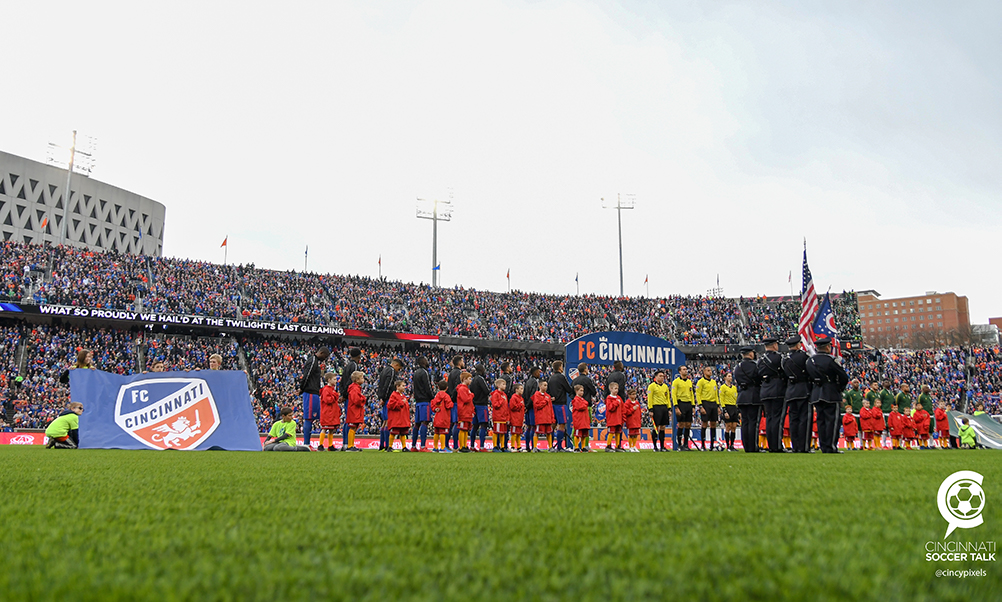 FC Cincinnati will have games at Nippert Stadium against D.C. United, Columbus Crew SC and the Chicago Fire, MLS announced on Saturday. Fans will not be permitted for the first home game.

MLS on Saturday revealed the first six games of every club’s continuation of the regular season, including FC Cincinnati. The Orange and Blue will have three home games at Nippert Stadium with no fans allowed for the first game. Additional information for the other two home matches is still to be determined. Due to travel restrictions, U.S. teams will play their first six games against other U.S. teams.

FC Cincinnati’s next six games are as follows:

MLS commissioner Don Garber also announced the league will try to have each team play 18 additional regular-season games in a phased approach, which will end Nov. 8 with Decision Day. The postseason has also been expanded even more compared to last season, with 18 teams total advancing. The MLS Cup has been scheduled for play Dec. 12.

“I would like to thank everyone involved with the MLS is Back Tournament — players, coaches, staff and partners — for their role in helping us recapture the momentum we had at the beginning of our 25th season and reconnect with our passionate fans,” Garber said in an MLS press release. “Since suspending play in March, we have been working on plans to play as much of our season as possible, beginning with the tournament in Florida and resuming in our local markets following the competition.  We remain focused on the health and safety of our players, coaches and staff, and look forward to continuing our season in our home markets.”