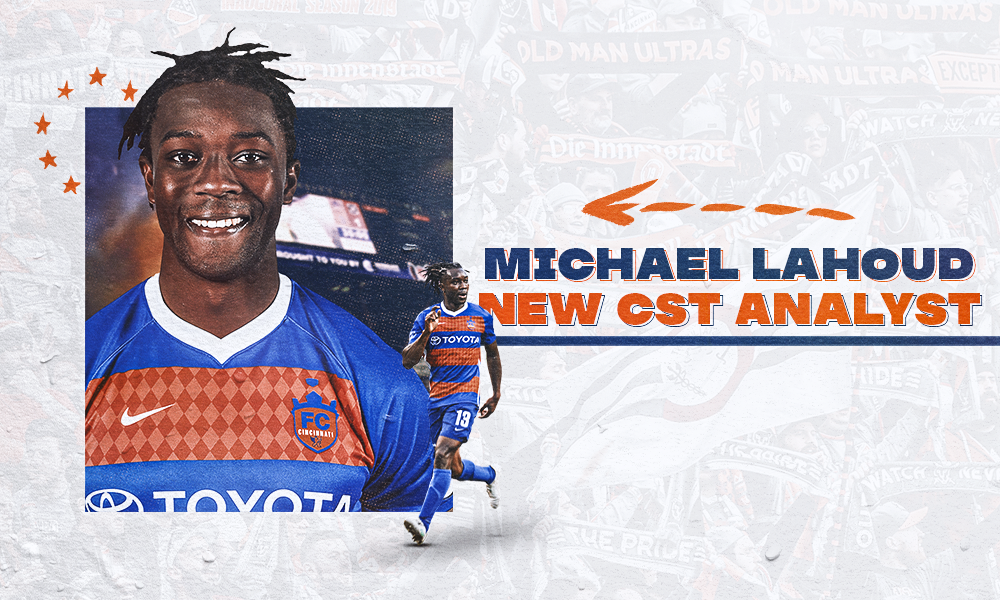 Here at Cincinnati Soccer Talk, we continue to look for ways to improve and add talent that will better serve our listeners and readers. Even before former FC Cincinnati midfielder Michael Lahoud retired from professional football, he had been recognized locally as someone who has a skill for words and of course the mindset for soccer. His talent was valued on the pitch during his time here in Cincinnati, and he quickly jumped up on our list of dream staff additions.

Mike! I didn’t realize you were so close to that “life after soccer” stage when we spoke a couple months ago. @TaylorTwellman, help this guy out! Has an interest in broadcast media and is one of the most well-spoken players I’ve ever interviewed. https://t.co/G3PLuKWFC3

Lahoud’s professional career started with Chivas USA in 2009. He played from 2009-2012 with Chivas before moving to the Philadelphia Union for a couple of years. He then joined the NY Cosmos on loan and played two years with Miami FC before joining up with FC Cincinnati in its record-setting USL season in 2018. Lahoud closed his playing career out with San Antonio FC. In addition to his club career, he played nationally for Sierra Leone. Mike has been the recipient of numerous humanitarian awards for his work in Sierra Leone.

“My time in Cincinnati and the numerous things we were able to achieve is something I will always cherish,” Lahoud said. “I look forward to talking all things FC Cincinnati and much more with the Cincy Soccer Talk crew.”

Lahoud will be joining CST’s podcast team and is the first MLS player to join. The podcast rotation currently consists of current and former professional journalists, experienced podcast media hosts, former coaches, and of course the way it all started with fan analysts. Lahoud adds a dynamic currently missing and we look forward to having him on the podcast.

“Bringing on Michael is the next step in the evolution of Cincinnati Soccer Talk,” CST founder Nick Seuberling said. “Adding a former player who played at a high level like Michael will help take us to the next level of soccer coverage in Cincinnati.”