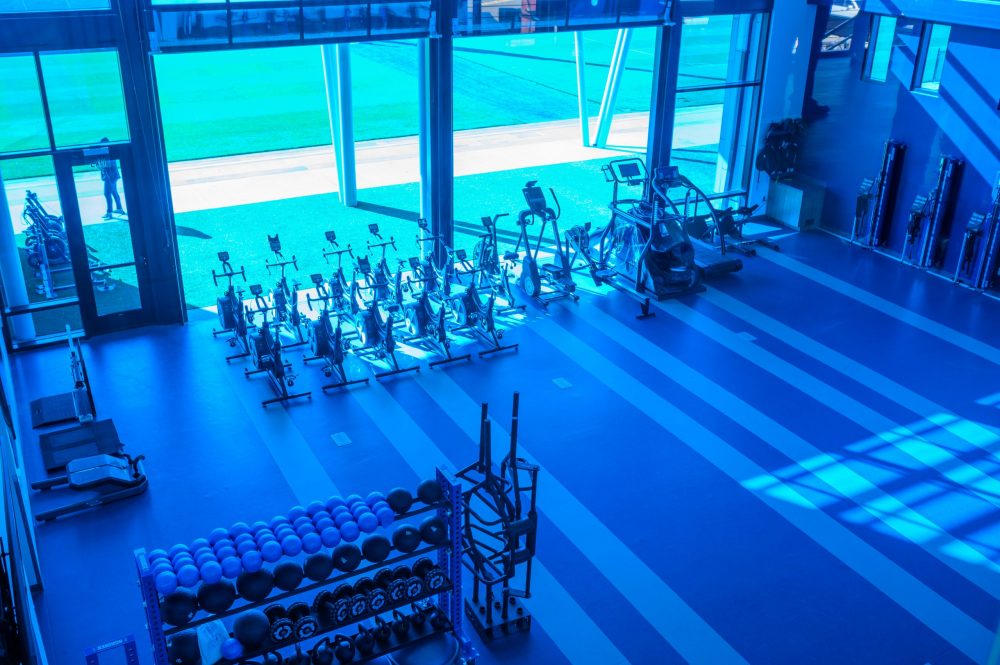 “We’ve been pretty busy in the academy with different ways to improve the development process, a mentorship program with the first-team players,” Sunderland said. “It’s craziness out there in the youth soccer world. Players are getting individual attention like never before.”

FC Cincinnati director of player development Larry Sunderland has traveled the world in search of better ways to develop and foster soccer talent, and he has seen the best and the worst.

Since being hired as FCC’s first player development head last May, Sunderland has been applying his extensive experience toward helping FCC’s academy players to not only improve their performance on the pitch but also to become better leaders off it.

With a strong commitment from FCC ownership to make the academy a fundamental part of the organization’s long-term plan, Sunderland has all the trust and resources he needs to make it a success.

“The reason I was really drawn to Cincinnati is that the club is so aligned, culture being the driver, valuing the person first,” Sunderland said via video conference call on Thursday. “I’m a developer. Soccer just happens to be my area expertise. How do you make people feel valued? FCC brought that from my initial conversations. They want to build through the academy.”

As rumors began to swirl about the demise of the US Soccer Development Academy, FCC wasted no time to inform their academy families that the club was not following suit. According to Sunderland, it took only three phone calls from families expressing concern for FCC to send a letter reaffirming its commitment to the academy’s future.

“We haven’t had a question since,” Sunderland said. “The viability for the development academy for FC Cincinnati has never been stronger.”

Sunderland knows what it takes to execute a proper MLS youth academy, having done so in both Portland and Chicago. With the Timbers, he oversaw all soccer-specific areas of the academy while also serving as head coach of the U19 team and eventual first-team signings Marco Farfan and Foster Langsdorf.

In Chicago, Sunderland led the development of the nation’s first fully integrated professional soccer development model, from youth soccer up through the first team. Under his direction, the Fire Academy won USDA championships at the U-16 level (2010) and the U-18 level (2015). He also oversaw two U-20 North American Championships (2008, 2012).

Sunderland also served as the head coach of the U.S. Under-16 Boys Youth National Team that won the 2019 UEFA Development Tournament in Prague, Czech Republic earlier this month.

He was disappointed to see the US academy eliminated.

“I’m sad about it,” Sunderland said. “I look at it from the players’ standpoint. Cycles of players are losing out on opportunities right now. How long that lasts, who knows? It’s sad when you see a catalyst for development shut down. How much this effects the long-term development of our national teams, nobody can say at the moment. It’s a sad state of affairs.”

Not only has he seen first-hand what the US doesn’t do particularly well in terms of developing soccer talent, he also has seen what this country does better than others.

“I’ve been fortunate to travel to a lot of the academies overseas, and we’re really good at feedback here and giving attention to the person and the player,” Sunderland said. “I go around the world, and unless you’re talking about a well-funded, big-club academy, there’s little feedback. I know I’m doing well if I’m in the starting 11. Players are treated like professional players. If you’re not good enough, we don’t want you. So, the idea of the process of development goes out the window. We focus on that process very well here.”

Still, there are issues. The pay-to-play model in soccer has excluded a large number of kids who might not have the financial resources to play. Worst of all, it prevents the exposure of the sport of soccer to countless young athletes, particularly those in the inner city. Sunderland said FCC’s academy is making a concerted outreach effort to kids throughout Cincinnati, including many in the West End neighborhood, site of the new stadium.

“It’s impossible to make it accessible for everyone, (but) you don’t want economics to get in the way of any young person to chase their dreams,” Sunderland said. “You go around Europe now, it’s pay-to-play all over Europe. The economics of things in this country, the way things started out, we had an upside-down curve. We’re finding some unique ways to find ways to fund things for players. I don’t know if there’s any one answer to that.”

The FCC Academy is doing more than finding players who have the strongest left foot. Under Sunderland’s watch, FCC initiated a leadership program that was intended to last eight weeks, but it likely will go longer. And now a mentorship program has grown out of that that is taking on a life of its own.

With the academy season halted during the Coronavirus pandemic, FCC’s academy players have been participating in Zoom calls with prominent athletes, coaches and speakers, helping them learn some valuable life lessons.

Recently, professional basketball player Keifer Sykes — subject of the documentary “Chi-town” — talked to the players via Zoom about how he overcame personal loss, injury and the tough streets of his neighborhood to become a college basketball star who still plays professionally in Europe. Sykes spoke with the players for more than an hour and then came back the following week and did another session.

Next week, former US men’s national team star Landon Donovan is scheduled to speak to the players.

“We’ve been pretty busy in the academy with different ways to improve the development process, a mentorship program with the first-team players,” Sunderland said. “It’s craziness out there in the youth soccer world. Players are getting individual attention like never before.”