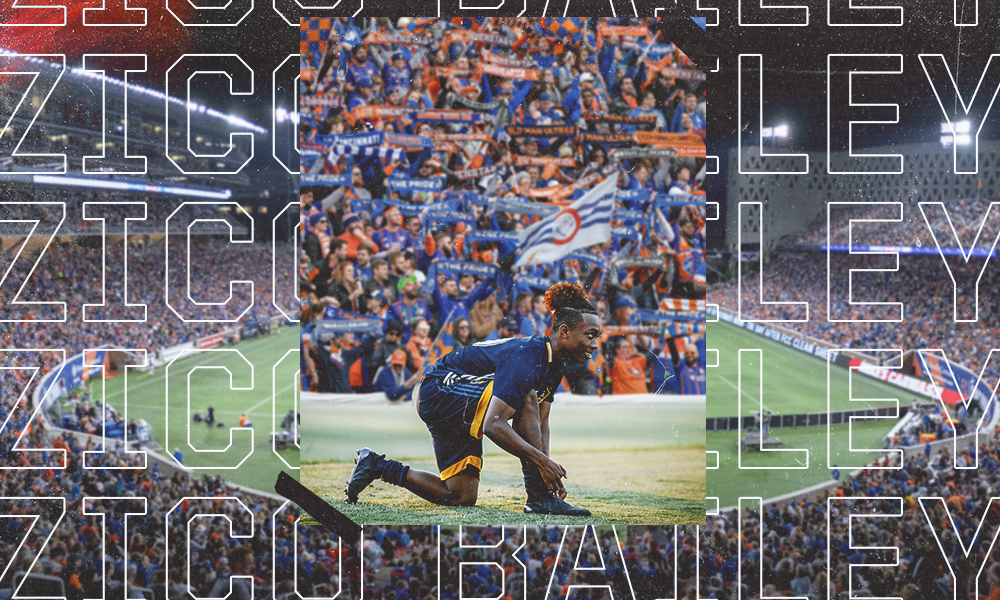 FC Cincinnati on Thursday acquired right back Zico Bailey from the Los Angeles Galaxy in exchange for its fourth-round SuperDraft pick.

FC Cincinnati acquired right back Zico Bailey in a trade with the LA Galaxy in exchange for its natural fourth-round selection — 81st overall — in the upcoming MLS SuperDraft, the club announced on Thursday.

The club also acquired Bailey’s homegrown rights, according to a club media release, and will occupy one of the two homegrown slots at roster spots 29 or 30. Andrew Gutman is also considered a homegrown player. Should Bailey meet certain performance incentives, FC Cincinnati will send the Galaxy $50,000 in General Allocation Money.

Bailey, 19, will be added to the roster when the primary transfer window opens on Feb. 12 and upon receipt of his international transfer certificate, according to the release.

“We look forward to adding Zico in the preseason to see where he is in his development,” general manager Gerard Nijkamp said in the release. “As a young talent, we believe he will benefit from the opportunity to continue developing alongside our senior roster players.”

FC Cincinnati entered its first SuperDraft earlier this year with 10 selections. Now the club has just two picks in the 2021 draft — the third pick of the second round (No. 29 overall) and the first pick of the third round (No. 53 overall).

Bailey will come to Cincinnati from Danish second-division side FC Helsingor. He joined the Galaxy academy in 2013 and made five USL appearances with the LA Galaxy II in 2017.

In his 2018 freshman season at Cal State Fullerton, Bailey made 17 starts and 21 appearances with one goal and two assists, according to the media release. He earned Big West Conference All-Freshman Team honors.

As the roster currently stands, Bailey would back up Mathieu Deplagne at right back. The only other player suited to play right back is Logan Gdula, who is listed on FC Cincinnati’s roster as on loan to USL Championship side Hartford Athletic.