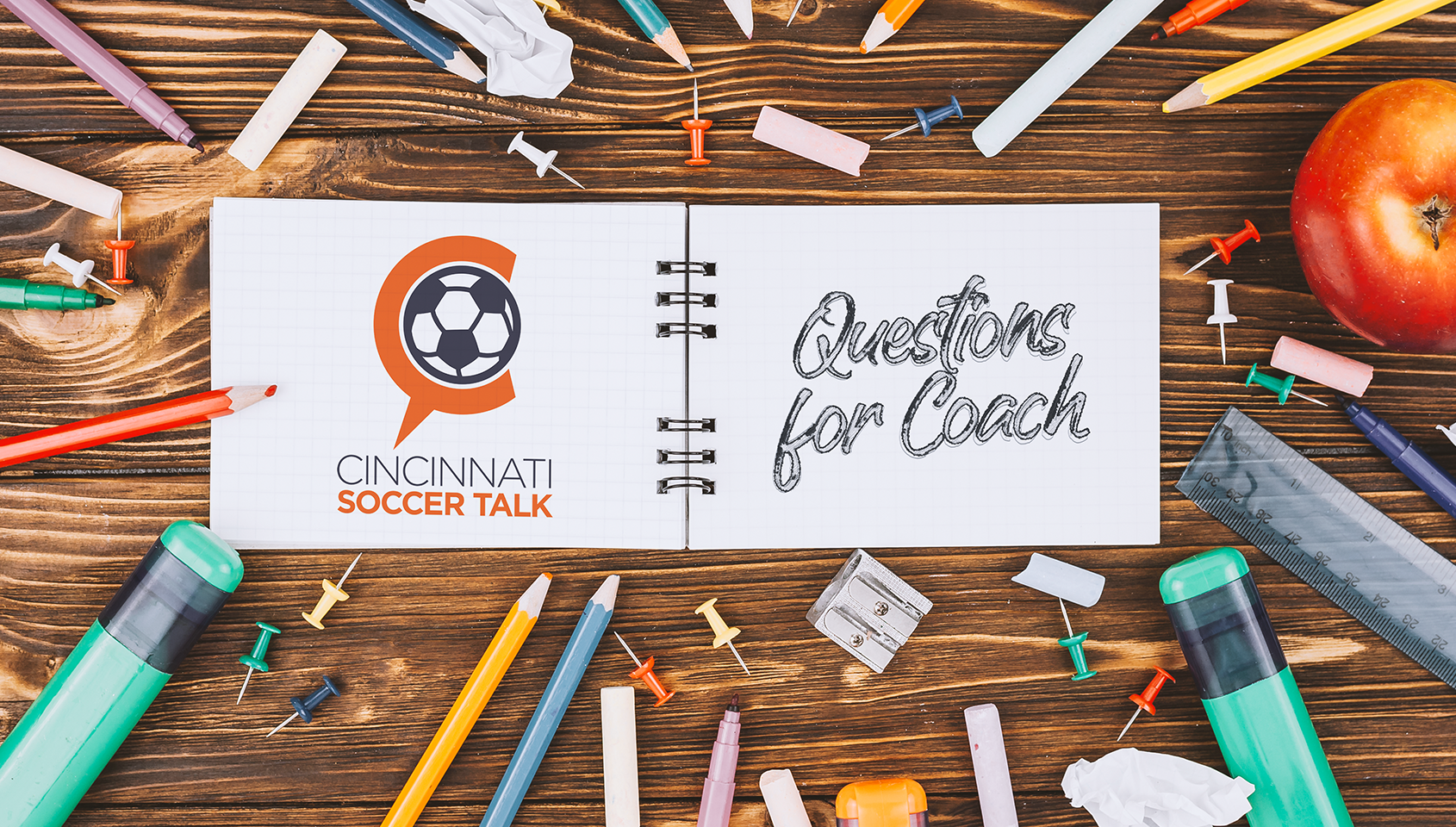 Our tactics guru Brad Gough discusses the origin of positional numbers in soccer in a new segment called “Questions for Coach.” If you have a soccer tactic or technical question for Coach, send us an e-mail at feedback@cincinnatisoccertalk.com.

Questions for Coach is your chance to ask the soccer questions that you’ve always wanted answered, — from an “inside the locker room” perspective. Do you have a question about a general tactic, formation, or specific play? Ask Coach Gough on twitter @FCCincyTacTalk, or send an email to feedback@cincinnatisoccertalk.com.

Why don’t the position numbers in soccer make more sense? How can we learn them?

That’s a great question, Lance. It helps to first understand where the position numbers came from. When players first started wearing numbered jerseys, they were all numbered 2-11, with the Goalkeeper not wearing a number. There were no substitutions allowed during games, so additional numbers weren’t needed. The prevailing way of playing back then was in a very attacking formation that looked something like this: 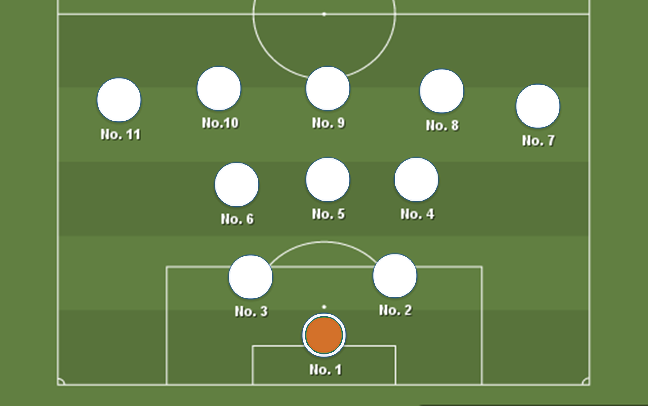 In this format, the numbering was pretty straight forward, with the numbers reading back to front, and right to left. Most teams played a style that involved the full-backs (2 and 3) clearing the ball out as quickly as possible to the front line. We now call that playing a “direct” style.

As time went on and formations changed, many of the numbers stayed somewhat in place. The popularization of the 4-4-2 formation in England caused the numbers “4” and “5” to drop in as central defenders and the wide players, “7” and “ll” to become part of the midfield.

Ultimately, now that players mostly wear their favorite numbers, the actual positional numbers mean very little in a practical sense. However, the historical nature of the numbers, along with the fact that they were worn by many of the position’s historical greats, causes them to still hold relevance in some circles. Namely, the numbers that still hold true in modern soccer are 1, 6, 7, 9, and 10.

For instance, the number “10” shirt has been worn by so many great playmakers and creative midfielders that referring to the creative player in a squad as the “No. 10” no matter what jersey number he wears is pretty universally accepted. Think Lionel Messi. Many explosive and dynamic wingers have worn the number “7,” so often a team’s attacking width will be referred to in those terms. Think Christiano Ronaldo. Defensive minded midfielders are still called “number 6’s,” and big center forwards will forever be known as “number 9’s.”

The modern 4-3-3 or 4-2-3-1 that is used by so many teams throughout the world of soccer, if you transpose position numbers onto it, looks like this: 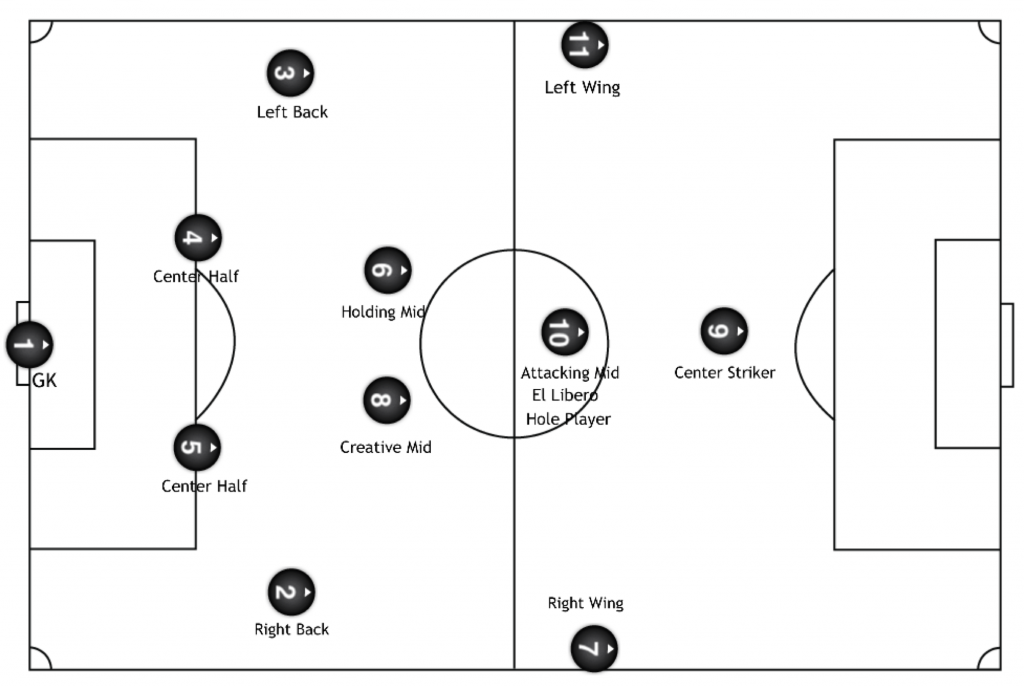 Ultimately, Lance, the question as to why they don’t make more sense has to do with the evolution of formations throughout history.

In terms of how you can learn them, I’d say don’t try. There’s no need to know the numbers from back to front. If you understand that most teams play with a center forward that they call a “9,” and a midfield triangle made up of a “6,” “8,” and “10,” you’ll pretty much know enough to follow along with any broadcast.