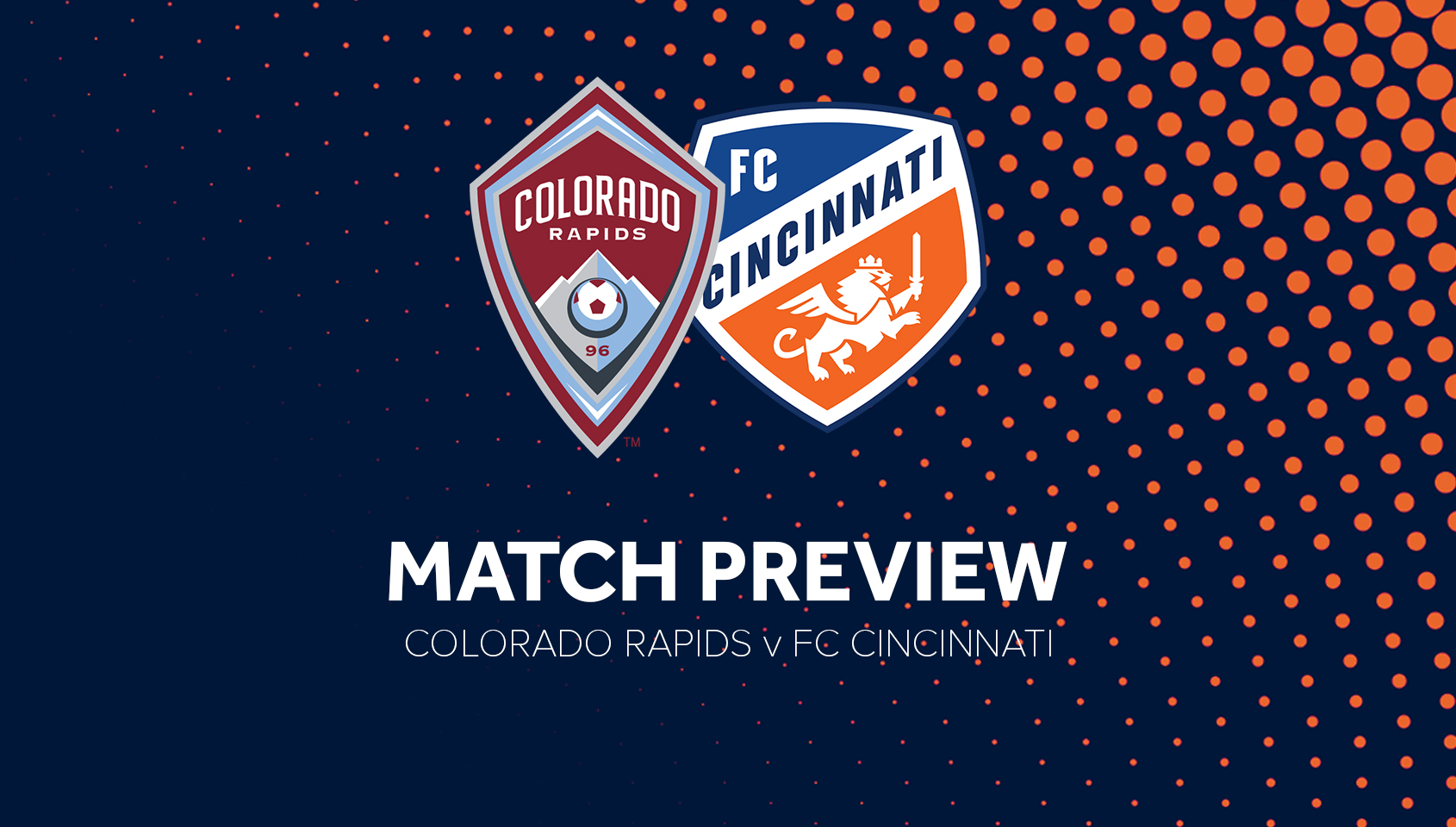 FC Cincinnati heads to Colorado looking to pick up a win before each squad deals with Gold Cup roster issues.

In a battle of the bottom feeders in MLS, FC Cincinnati and the Colorado Rapids SC are set to square off at Dick’s Sporting Good Park. The 2019 season has been an interesting one for both clubs. FCC and the Rapids both dismissing their coach within days of each other. With interim coaches at the helm, both clubs are looking for three points and a move forward with momentum.

This is the first time these two clubs have met in the regular season. These clubs faced off earlier this year, down at IMG Academy in Bradenton, Florida, where FC Cincinnati came away with a 1-0 win over the Rapids.

This season has obviously not gone to plan for FC Cincinnati. While the club has seemed to improve on the field since the dismissal of Alan Koch, the results just haven’t been there for the Orange and Blue. FC Cincinnati is coming off a tough 2-0 home loss to the New York Red Bulls, where they seemed to dominate for most of the match. Sitting at the bottom of the Eastern Conference with 11 points, FCC is averaging just 0.79 points per match.

Lack of goal scoring has been the Achilles heel for FC Cincinnati. Cincy enters this match with a -14 goal differential, 2nd worst in MLS. Seven of FCC’s nine losses were by more than one goal. Even in some of the games that FCC are in, they have been unable to capitalize on chances and eventually the defense breaks down. Captain Kendall Waston will miss the match due to a yellow card accumulation suspension.

Against a team like the Rapids on the road, FCC must take advantage of the chances they create. On the season, FC Cincinnati average 1.7 chances created per match, from only 9.6 shots per match. Only 2.9 of those shots are on target. With so few chances created per match, there is little room for error and Cincy must start making the most of the few chances. In not that, then creating more shots on goal to open up the match.

The Rapids are a team on the verge of making some serious noise. While they will not likely make the playoffs this season, the pieces are in place for the Rapids to make things difficult for their opponents. The Rapids enter this match fresh off a 1-1 draw on the road in Philadelphia. The Rapids who had won two straight before this match did extend their unbeaten streak to three.

The season started out rough for the Rapids. Since the firing of Anthony Hudson, Colorado has done a great job over the last few weeks under interim coach Conor Casey. The Rapids have won two straight and they look for another win at home with the expansion side coming to the Mile High City. The Rapids are currently sitting at the bottom of the Western Conference, with just nine points. The point total is extremely misleading, due to the Rapids losing 9 of their first 11 matches. The Rapids have been a much different and pesky team since Hudson was dismissed.

The talent is there in Colorado. With Kei Kamara, Andre Shinyashiki, Dillon Serna, Keegan Rosenberry, Jonathan Lewis, and Kellyn Acosta, the core is there for the Rapids to build into the future. Kei Kamara, who FC Cincinnati selected in the expansion draft before dealing him to Colorado, leads the club with seven goals on the season.

Coupled with that talent is veteran and former USMNT goalkeeper, Tim Howard. With Howard retiring at the end of the season, the Rapids can look ahead to how they will be approaching their roster build in 2020.

The Rapids playing solid soccer currently and FC Cincinnati traveling to play at altitude, this is going to be a tough match for FC Cincy who are in desperate need of points. A victory for FC Cincinnati could go a long way before the international break due to the Gold Cup. Coach Yoann Damet has the Orange and Blue playing better so a result in this match is certainly not out of the question.