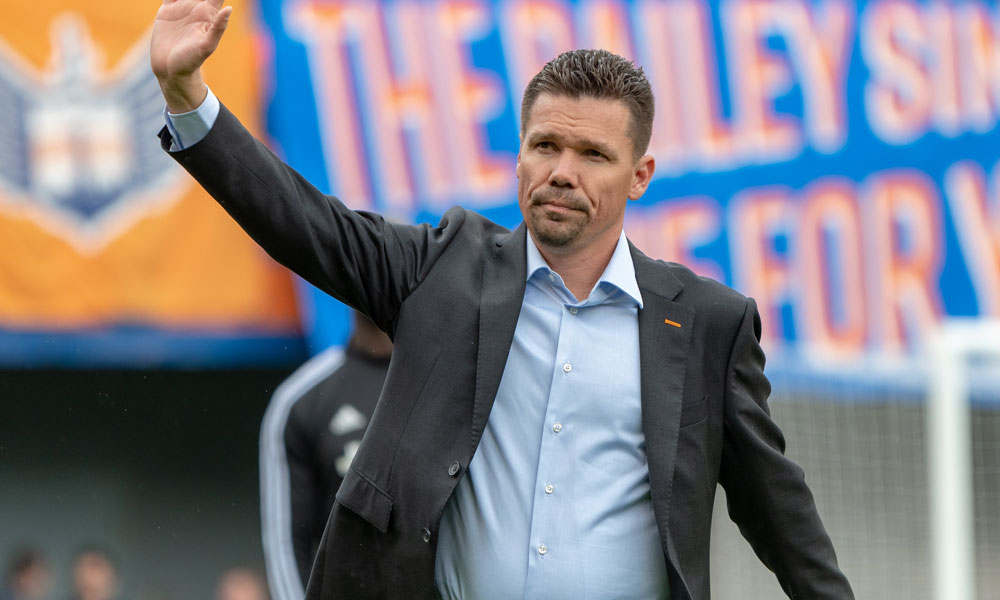 In the middle of its inaugural MLS season, FC Cincinnati has struggled on and off the pitch. The club is in a 521-minute scoreless drought and winless in its last seven matches, with the last victory coming March 24 at the New England Revolution. After losing to Philadelphia on Wednesday, Koch told the Enquirer’s Pat Brennan, “We have another window coming up where we need to find additional players to improve the group.”

Then after Saturday’s loss in San Jose, Fanendo Adi told Brennan the club lacks an identity and that the quality of players is good enough, but many are playing out of position.

The two together have cost Koch his job. Yoann Damet will coach the club in the interim until a full-time replacement is hired.

“After a series of recent issues and a team culture that had deteriorated, we determined that it’s time to make a change to return a club-centered focus to the team,” said FC Cincinnati president and general manager Jeff Berding in a club media release. “This decision is not driven by recent game results themselves, but rather the underpinnings that have led to those results. We have not come close to maximizing the talent we have in the dressing room this year, nor have we seen a foundation being built that will set us up for success this year and into next year. Our whole locker room is committed to our club goal of earning an MLS postseason bid, and we need to put them in the best position to do so,” Berding added.

FC Cincinnati hired Koch as an assistant coach and its director of scouting and analytics in December 2016. Just two months later, he was thrust into the head coaching role after the sudden firing of the club’s first coach, John Harkes, on the eve of the 2017 preseason.

Koch that year led FC Cincinnati to the U.S. Open Cup semifinal round, knocking off MLS sides Columbus Crew and Chicago Fire at Nippert Stadium before the Orange and Blue finally relented to the New York Red Bulls.

The club needed to win in penalty kicks against Nashville and fell to New York Red Bulls II, a team it beat twice before in the regular season. On the last Cincinnati Soccer Talk podcast, it was said that individual players moments of brillance contributed to that successful season.

Koch was named coach for the inaugural MLS season and signed a two-year contract with FC Cincinnati during the successful 2018 campaign. It was rumored that he was receiving interest from the New York Red Bulls organization, which may have prompted a quick decision by FC Cincinnati to lock him in place.

Moving forward, Berding said “I am confident that Yoann will immediately infuse the locker room and soccer staff with a positive energy and team approach. He is respected and trusted and will lead the hard work that gets the best out of our players.”

We will have more as news continues to break and will update readers on the coaching search as it takes place.