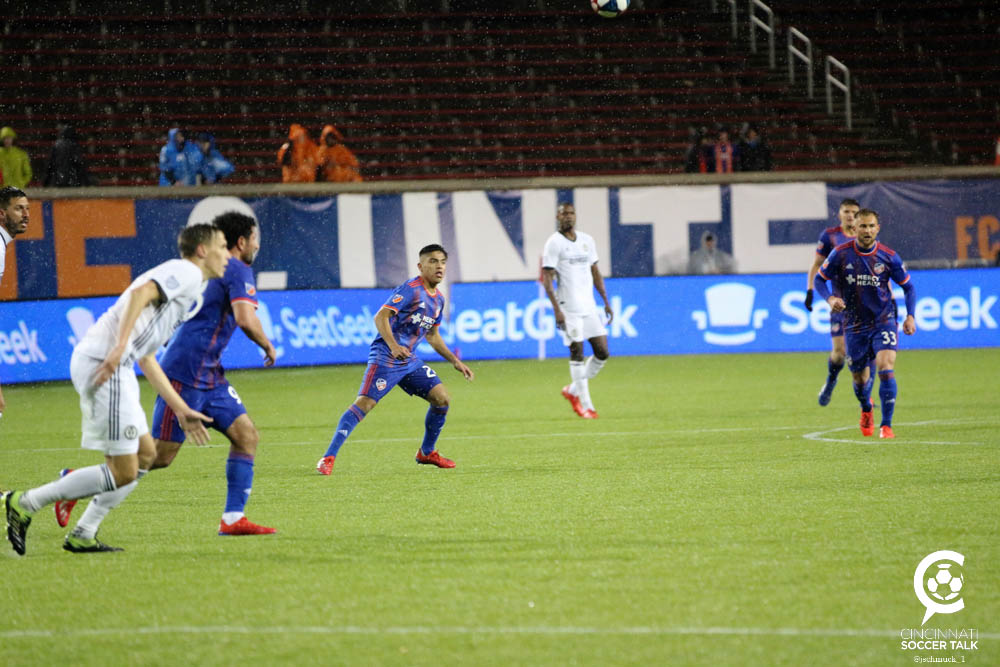 Frankie Amaya will be loaned to USL Championship side Orange County SC, reports Cincinnati Enquirer’s Pat Brennan. Amaya has made two appearances this season for FCC.

FC Cincinnati has confirmed the loan of Frankie Amaya to Orange County SC. This will be a short-term loan, which means FCC can recall him at any time.

“We feel this short-term move will provide Frankie the best possible opportunity to accelerate his development ahead of a busy summer schedule,” FC Cincinnati Technical Director Luke Sassano said in an FCC press release, “We’ve been very pleased with how Frankie has not only performed the pitch, but also how he has adapted to being in a professional environment this season. We believe this move aligns with everyone’s best interests in both the immediate and long-term futures.”

Pat Brennan of the Cincinnati Enquirer broke news earlier this morning that Frankie Amaya would be loaned to Orange County SC. Amaya was the first pick in the MLS SuperDraft by FC Cincinnati.

Amaya, who is only 18 years old, has made two appearances for FCC this season. One of those was the last match against LAFC, also a homecoming for him. In those matches, Amaya didn’t look out of place but also didn’t stand out. He failed to really impress, but he is also still very young.

Amaya played college soccer at UCLA, a notorious soccer powerhouse. In his first and only season with the Bruins in 2018, he made 14 appearances and scored two goals. The Bruins ended up losing in the first round of the NCAA Tournament to Portland. He also did not play any matches late in the season due to being on the U.S. team for the 2018 CONCACAF U-20 Championship. Amaya was named a Freshman All-American, First Team All-Pac-12 and Second Team All-Far West Region honors as well.

Amaya will be loaned to Orange County SC, a USL Championship side, and right next to Amaya’s home. Orange County is currently eighth on the Western Conference table with eight points.

This is great from an Orange County SC perspective as they are not only getting a player of Amaya’s caliber, but it might also help get people in the stands. From an FC Cincinnati perspective, I have two minds about it. One, I think this is a good move to get Amaya experience and hopefully keep his game fine-tuned. However, the depth for FC Cincinnati is sorely lacking, with the injuries mounting. That will only get worse as the season continues. I hope FCC is either using this open roster spot to sign a fresh body, or they loaned Amaya out with an option to recall him is they need him back. It is clear Amaya is a part of the club’s long-term plans and minutes will be key for his development.