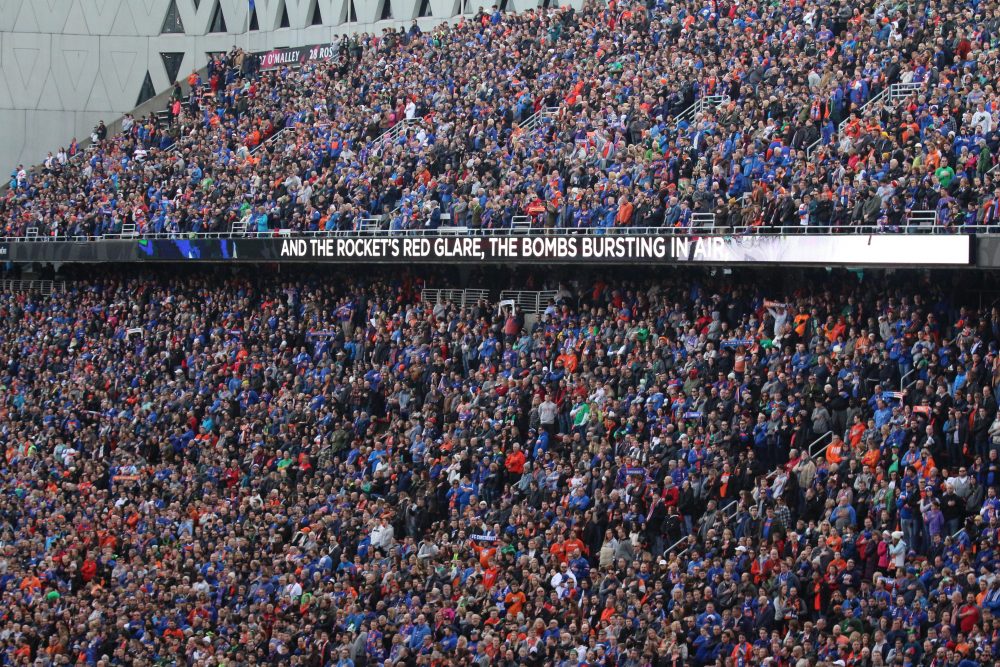 Week 3 of the 2019 MLS season provided all of the thrills that make the league special. Expansion FC Cincinnati opened up its home schedule with a memorable victory over the Portland Timbers 3-0.

Week 3 of the 2019 MLS season provided all of the thrills that make the league special. Expansion FC Cincinnati opened up its home schedule with a memorable victory over the Portland Timbers 3-0. Meanwhile, D.C. United solidified their place among the league’s elite with a 5-0 demolition of Real Salt Lake.

Here is a look at our MLS Power Rankings after an exciting Week 3:

(Note: Early season rankings will fluctuate as teams settle. These rankings are in no way indicative of a final product. Legend: (W-L-T, LW: last week’s rankings )

The Sounders continued their impressive start with a 4-2 road victory over the Chicago Fire. Offensively, few teams can handle their firepower, which will serve them well in upcoming matches against the league’s best.

No one will sell this club short anymore. Their 5-0 victory over RSL should put an end to that. Former Manchester United star Wayne Rooney is performing at a level we haven’t seen from him in years.

D.C. United jumped the Crew in the power rankings, but that shouldn’t take away from a stellar victory over FC Dallas. The Crew should be in the Eastern Conference race throughout the year.

Like the Crew above, this drop in the standings is more about the performances of the above teams than LAFC. Bob Bradley’s talented group put on a show in their 2-2 with NYC FC this weekend.

The Red Bulls struggled in the first half of their match against the San Jose Earthquakes, and who could blame them. New York returned home tired from their CONCACAF Champions League elimination, but the Red Bulls put it together for a dominant second half.

Toronto FC has lost some talent in the last couple of years, but the cupboard is not bare. Jozy Altidore still matters in MLS, and he proved that with the game-winner over the New England Revolution last weekend.

The Dynamo are a team serving notice out west. They have become one of the league’s more exciting clubs to watch. It’s really a matter of whether or not they have enough talent to compete for the Western Conference title.

Ignacio Piatti remains one of the most exciting players in the league.

Somehow the Galaxy dominated an improved Minnesota United club for roughly 70 minutes without their top two strikers on Saturday night. It will be interesting to see if the Galaxy can grow from that performance.

Minnesota faltered in a major road test, but the club fought back late. The jury is still out on how good they will be this year.

A draw in Colorado is respectable, but Sporting Kansas City has yet to live up to expectations in league play.

The Crew dominated much of the match against FC Dallas last weekend. The real question for FC Dallas is who will score for this club long-term?

Forget the opening season loss to Seattle. FC Cincinnati may be a little short on talent, but the club’s toughness will keep it in matches all season.

Atlanta’s struggles continued with a 1-1 draw against the Philadelphia Union. Sooner or later, Atlanta United will figure it out – right?

RSL’s performance at D.C. United was unforgivable, regardless of it being early in the season.

NYC FC played well at home against LAFC, but the club needs a win at some point.

The Fire scored two goals against the league’s best team at this point in the season. Their grit is obvious, but will it lead to victories during the summer?

The Rapids hung tough with one of the league’s best teams and earned a point out of it.

Orlando City’s 3-1 home loss to Montreal says a lot about where the club is after last season’s debacle.

The Revs gave Toronto FC all they could handle, but their back line couldn’t hold on late.

Vancouver kept another match close, but they still went home with a loss. Nonetheless, the Whitecaps look much more competitive than Philadelphia and Portland.

Didn’t this club win an MLS Cup a couple of years ago? What an amazing fall from the top for the Timbers.

The Union showed some fight at Atlanta, but given the club’s recent accolades at the academy level, it’s safe to wonder what on earth is going on in Philadelphia.

San Jose failed to keep up with the motivated Red Bulls after a strong first half. The Earthquakes simply lack the manpower to compete in MLS.