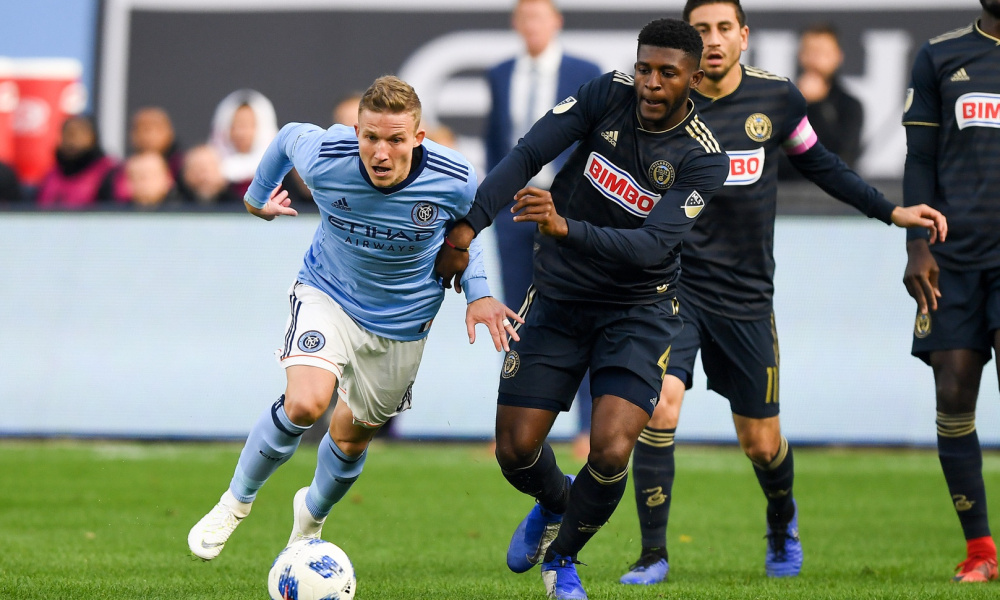 While FC Cincinnati prepares for its inaugural MLS season, here’s how other clubs built their MLS expansion teams. Next in this series is a look at the Philadelphia Union in 2010.

FC Cincinnati continues to make moves as it builds its roster for the inaugural 2019 season. Fortunately, the club has plenty of examples to follow or ignore when creating the team that will take the field against Seattle Sounders FC at Century Link Field in March. Here is part two of our series on how MLS teams have been built in the new era of American soccer:

It’s difficult to believe that one of the best sports cities in the United States went nearly 15 years without an MLS club. Fortunately, numerous groups came together and put together an expansion proposal that the league would not refuse. MLS granted Philadelphia an expansion club in February 2008, giving Keystone Sports and Entertainment Group, LLC two years to build a roster. The now Philadelphia Union suffered a 2-0 loss at the Seattle Sounders FC in their first game.

The Union hired former Polish National Team and MLS central midfielder Peter Nowak as their head coach in July 2009. Nowak took the job as the only person to win an MLS Cup as both a player and manager in league history. He was best known for his role on his title teams, first as the captain of the 1998 MLS Cup champion Chicago Fire and later, the head coach of the 2004 Cup winning D.C. United. Nowak was also known for handling then-teenage phenom Freddy Adu.

The Union expected Nowak to mentor and develop the young Union roster. His efforts appeared to work during his first two seasons, but the wheels came off early in his third season. With his club sitting at 2-7-2 in 2012, the Union fired Nowak.

The Union used their first pick in the 2009 Expansion Draft on Colorado Rapids defender Jordan Harvey. The 26-year-old started 45 matches for the Union during a year and a half before the Union traded him to Vancouver.

Philadelphia addressed the midfield with D.C. United’s Andrew Jacobson in the second round. He lasted only one season in Philadelphia, playing in 25 games with 13 starts. The Union stuck with the youth movement by drafting 24-year-old goalkeeper Brad Knighton in the third round. He played in only eight matches before bouncing around both MLS and the USL as a backup.

The Union struck gold in the middle of the expansion draft. Their fourth round pick, Sébastien Le Toux, recorded 25 goals and 16 assists in 62 starts during his first tenure with the club from 2010 to 2011. He returned to the Union in 2013 and served as a mainstay in their lineup for the next three and a half years. Le Toux remains the club’s all-time leader in games played (175), goals (50), assists (50), and points (100) among many other records in his career.

Philadelphia picked up an experienced hand to help stabilize the young roster with former L.A. Galaxy and Columbus Crew midfielder Stefani Miglioranzi. The veteran started 25 matches for the Union during 2010 and followed up with 11 more starts before retiring a year later.

The Union also grabbed four-time MLS Cup-winning midfielder Alejandro Moreno with their sixth-round pick. Unfortunately, Moreno lasted only one season in Philadelphia, but he registered 25 starts, two goals and five starts overall as one of the club’s featured midfielders.

Costa Rican national David Myrie found himself on an MLS roster with his selection in the seventh round. The Union chose the 21-year-old defender as part of their youth movement, but he played in only one match during his MLS career – the club’s inaugural game.

Philadelphia selected 23-year-old midfielder Shea Salinas in the eighth round. The former San Jose Earthquakes youngster lasted one season before moving on to the Vancouver Whitecaps. Salinas later developed into a productive player when he returned to Earthquakes and has been there since 2011.

The Union continued looking for role players in the ninth round. They landed on Chivas USA defender Shavar Thomas, who lasted only one game with the club. He served as a role player on four other MLS clubs through 2012.

Finally, the Union capped their expansion draft by selecting New York Red Bulls midfielder Nick Zimmerman. He played in only eight games before spending the rest of his career in the NASL and USL.

Philadelphia’s commitment to youth continued with the club’s selection of 18-year-old forward Danny Mwanga. Unfortunately, Mwanga became the first bust in Union history. Mwanga made 62 appearances during three seasons with only 35 starts. Valued as a future star, Mwanga scored 12 goals in three seasons before the Union gave up on him.

The Union’s second pick of the SuperDraft faired much better than Mwanga, but it took some time. Okugo gradually increased his playing time over his five seasons with the Union from 11 matches in his first season to 32 games in both 2013 and 2014. His presence became a solidifying factor in the Union midfield when the club needed it most.

Philadelphia’s focus on young talent at the forward position continued with the US U-17 national team’s Jack McInerney. The 17-year old McInerney never quite lived up to his potential, but he did score 12 goals in 2013, his last full season with the club.

Finland’s Toni Stahl played in only one game in MLS. He spent the next four seasons playing for Fort Lauderdale and Carolina in the NASL.

Kyle Nakazawa filled a role as a spot starter/sub during his two years with the Union. He appeared in 36 matches with 22 starts and three points during his tenure.

Philadelphia released Perk before he ever played a game in August 2010. He later served as a backup goalkeeper with the Los Angeles Galaxy.

U.S. National Team member Michael Orozco left Mexico to spend one season on loan in MLS with Philadelphia. Orozco scored two goals in 29 starts for the Union, but he later returned to Mexico without a new deal to stay with the club. Orozco later won Liga MX with Tijuana in 2017.

The Union brought in another veteran defender to help develop the young roster. Former MLS Cup and Danish SuperLiga winner Danny Califf stepped into the lineup and started 61 matches for the Union during his first two seasons with the Union. He played in only four games with Philadelphia before getting traded for allocation money in 2012.

Philadelphia brought in veteran Fred Carreiro to support the midfield and front line, and he proved somewhat successful in his 25 matches with the club. He scored four goals and an assist during the 2010 season. D.C. United signed him after the season, but Carreiro returned to the Union as a role player in 2014.

The Union acquired USL goalkeeper Chris Seitz, and he eventually landed in the starting job. Unfortunately, he struggled through his only season with the club. Seitz finished 5-6-12 and has since spent his career as primarily a backup.

Cristian Arrieta joined the Union as a veteran role player after spending the two previous seasons with the Puerto Rico Islanders. He appeared in 16 matches during his only campaign with the Union. Arrieta finished his career in American lower divisions.

Philadelphia acquired promising 18-year-old Roger Torres from América de Cali. Torres stayed with the Union for four seasons, but he was never able to meet the club’s expectations. He eventually landed back in the Colombian League. Torres competed in only 63 matches in four seasons with the Union.

Longtime MLS veteran Justin Mapp joined the club halfway through 2010. He recorded four points in 15 matches in 2010. Mapp emerged as a starter during his second season with six points in 29 appearances. The Union left him unprotected in the 2011 MLS Expansion Draft and was selected by the Montreal Impact.

Sheanon Williams proved to be one of the best acquisitions the Union made when building the roster. They acquired him at age 19, and he quietly developed into a mainstay on the Union back line. Williams played in 141 matches during five and a half seasons, registering over 2,000 minutes in four consecutive years. He was the franchise leader in appearances and minutes played when the Union traded him to the Houston Dynamo in 2015.

Colombian international Juan Diego González played well in seven matches with the Union, but his season ended with an injury. He never played another game in Philadelphia.

Philadelphia had the right idea by focusing on young talent and surrounding them with experienced veterans. The problem is Peter Nowak proved to be the wrong man to bring this group together and develop the young talent. Only Le Toux and Williams meant much to the club long-term, and that wasn’t enough. Only recently has the Union built a promising academy and a solid organization. The club is on the right path, but its expansion plan will be viewed as a failure.