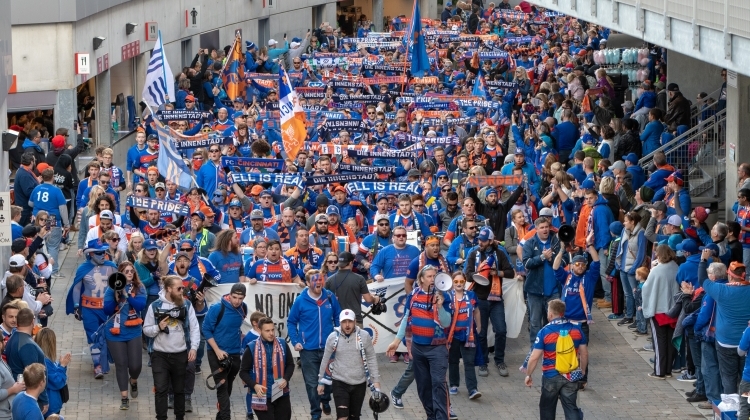 If you’re new to following soccer and FC Cincinnati, here are some answers to questions you might have. 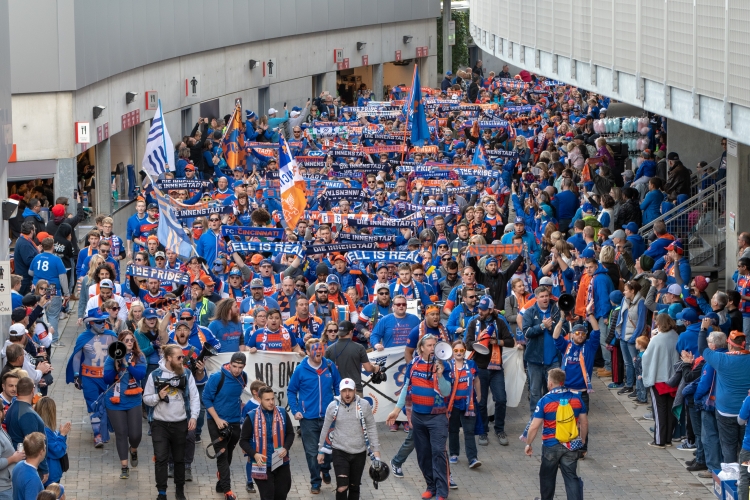 Now that FC Cincinnati is an MLS team, do you find yourself wondering what soccer is all about? Maybe you want to go to your first match but want to know the basics first. Perhaps a friend took you to a match, and you had so much fun that you want to learn more.

Whatever the case, if you’re a soccer newbie, you might have a lot of questions. Cincinnati Soccer Talk has the answers. Consider this a kind of Soccer FAQ.

First, if you are new to soccer, a bit about Cincinnati Soccer Talk: We are an FC Cincinnati supporter-driven electronic media outlet and podcast giving the FCC fanbase all the information and analysis we can pump out. CST is something we all do in our free time — some of us even do it when we’re supposed to be working.

We have live podcasts at 9 p.m. every Monday on Facebook, YouTube, and Periscope that are available for audio download on most podcatchers the following day. Our regular written content consists of match previews and reports as well as in-match tweets to keep you updated if you can’t catch the game in real time. We also like to go beyond the scores and statistics for in-depth looks at the club.

So with that in mind, on with the questions:

Are there any rules to properly support the team?
Yes, there’s one rule: There are no rules. Come to one game, or buy season tickets. Sit wherever you want. Join a supporters group — or don’t. Wear blue to the Orange Out. March in with your scarf raised, or show up right at kickoff. There is no right way to support FC Cincinnati. We’re just glad you’re here.

What’s a supporters group? Is that like Soccerholics Anonymous?
A supporters group is a fan-run group dedicated to supporting the club in the most passionate way possible. Some consider them the club’s heartbeat. FC Cincinnati has three main groups — Die Innenstadt, The Pride, and the Bailey Bastards (though I hear a name change is in the works). They have their own identities and meet individually before matches, then work together to conduct a big march from their hangout spots on and around Short Vine to the stadium. Membership to a supporters group is typically $20, and there are no requirements. They take all comers, so join if you feel so compelled. The money goes toward the smoke you see in the stadium, banners and general group operations. And you get a scarf.

About those scarves — why are there a million different ones?
A scarf is the quintessential accessory for soccer fans. The history of soccer scarves dates back to England in the early 20th century to help fans stay warm. Some fans collect scarves and might trade with opposing fans. Supporters groups have a new one every year. Expect FC Cincinnati to have a new one for its inaugural MLS season. Some scarves are for fundraisers, such as The Pride’s Love Club, Love City, Love All in support of LGBTQ rights. Others commemorate special events, like the FC Cincinnati-Crystal Palace friendly in 2016 or the Hell is Real Derby between FCC and Columbus Crew SC in the 2017 U.S. Open Cup.

Can anybody explain the offside rule?
To receive a pass from a teammate, the offensive player must be no closer to goal than the second-to-last defender (the last being the goalkeeper) at the time the pass is released. This is why it’s so important for a team’s back line to stay in a row. A player cannot be offside in his own half, goal kicks, throw-ins or on corner kicks.

I hear all this talk about formations. Why is that so important?
A formation is the shape a team takes at the beginning of the match. Different formations have different uses, depending on a team’s strategy and strengths. FC Cincinnati mostly used two formations this season — a 4-2-3-1 and a 4-4-2 diamond. A team might use a 4-2-3-1 (four defenders, two defensive midfielders, three attacking midfielders, one forward) when it’s trying to get the ball to a “target man” to shoot. A 4-4-2 diamond (four defenders, four midfielders arranged in a diamond, two forwards) provides a little more flexibility and passing options in the midfield. Formations are fluid — a team might look one way on offense and another on defense. They can also change with substitutions. If a team needs a goal in a knockout game, for example, it might add an attacking player to replace a defender and move from, say, a 4-2-3-1 to a 3-4-3.

How is stoppage time determined? And why isn’t it on the scoreboard?
Unlike football or basketball, the clock never stops in soccer. After goals, during substitutions and during injuries, it keeps running. To account for this “stoppage” in action, the referee will add some time at the end of the half so that action on the field is roughly 45 minutes. The length of time added is at the referee’s discretion and is a minimum amount. There may be two minutes of stoppage time that turns out to be four minutes. That’s why it isn’t on the scoreboard.

How does a player get a yellow card or a red card?
There are various rule violations that can earn a player a yellow card — delay of game, unsportsmanlike conduct, dissent or rough play, just to name a few. A yellow card is an official warning, and players accumulate them from game to game. After five yellows and every three thereafter, a player is suspended one game. Two yellows in the same game result in a red card. If a player earns a red card, he is “sent off,” or ejected, and cannot be replaced. Red cards come with a minimum automatic one-game suspension. Players can also be issued a “straight red” without warning for a serious violation of rules, such as violent conduct or denial of an obvious goal-scoring opportunity.

Why do teams get three points for a win, but just one point for a tie?
It seems like it would make sense that if teams get a point each for a tie, then two points would be awarded for a win. And indeed that was the case for most of the soccer world until England switched to three points in 1981 and other countries slowly followed. The logic being teams won’t settle for a tie if there are two extra points to be gained by playing for the win and just one point surrendered in a loss.

If you’re into podcasts and want to boost your soccer education beyond the scope of FC Cincinnati and learn about MLS as a whole, here are a few recommendations: