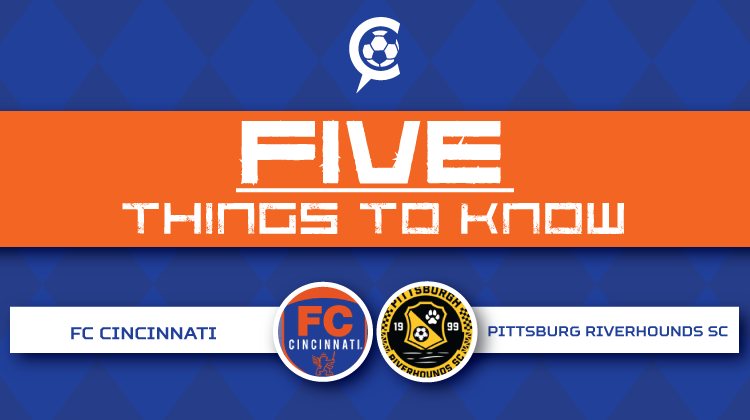 FC Cincinnati returns home to Nippert Stadium on a 15-match unbeaten streak to face one of the tougher teams in the USL. Pittsburgh enters Nippert on a six-game unbeaten streak, undefeated in the month of August. 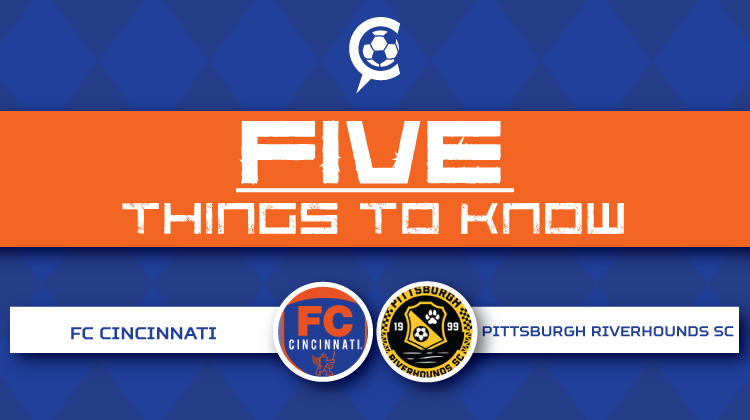 FC Cincinnati returns home to Nippert Stadium on a fifteen match unbeaten streak to face one of the tougher teams in the USL. Pittsburgh enters Nippert on a six game unbeaten streak, undefeated in the month of August.

Unbeaten Streak: FC Cincinnati enters this game on four consecutive wins and a 15-game unbeaten streak, having gone undefeated in the USL in the months of June, July and August. Both of those statistics are records for the club. The Orange and Blue previously had four consecutive wins in 2017, but that included two U.S. Open Cup games. Their previous record for games undefeated was 11 in 2016. A win on Saturday would extend the club record but would also tie the team with Reno for the 2018 USL season. Reno went undefeated for 16 games and won five consecutive games earlier in the season.

Suspensions: Cincinnati will be without several defenders for this match. Blake Smith received a red card after two yellow cards last Saturday and is suspended for this match. In addition, Paddy Barrett received his fifth yellow card last Saturday and is suspended for yellow card accumulation. Matt Bahner is also still sidelined with an injury, leaving the back line a bit thin and showing why it is important to have a lot of depth. Pittsburgh will also be without defender Ray Lee, who picked up a red card Wednesday against Indy Eleven. Lee primarily has played left back for Pittsburgh in 21 of 25 games.

Attack vs. Defense: Pittsburgh is known to be a tough team to break down. It is the best team in the USL for goals conceded, only giving up 14 goals this season to date. Cincinnati ranks third in the league in goals conceded but is better known as an attacking team. The Orange and Blue have netted 53 goals this season, which is second best in the league. FCC is 1-0-1 versus Pittsburgh this season, and though the Riverhounds don’t give up many goals, coach Alan Koch said “we’ve scored goals against them in both games that we’ve played.”

Koch did express a great deal of respect for Pittsburgh’s coach, however.

“It’s a chess match against Bob (Lilly) all the time,” he said. “It’s kind of fun from a coaching perspective, because he changes their formation multiple times during the course of a game. It’s something we’ll be paying close attention to right from the start. Just like we ask the players to manage the game, we have to manage the game as coaches.”

Said Michael Lahoud of the Pittsburgh defense: “They’re a very good transition team. They have some athletes, and they’re an organized team as well on defense. Not making it a transition game — that’s their strength. We want to put the game on our terms. At the end of the day, they’re the desperate team. They need a result. The longer the game drags on, the more they become desperate, and that’s how we expose them.”

Fatai Alashe said the focus for FCC should be on itself.

“As long as we focus on us — do the things we do well first,” he said. “You worry about the other team second. You kind of want to make them adjust to what we’re doing. But if we just collectively can stick together, communicate with each other as much as possible on the field, keep our lines tight defensively and then try to maintain possession, we can definitely have success.”

Top of the Table: Cincinnati sits on top of the table. Even winning their game in hand, the Hounds are eight points behind Cincinnati with 24 points (eight games) up for grabs. Saturday’s match is a “six-point” game, either tightening up the top of the table or creating a near insurmountable gap for Pittsburgh to overcome. An FCC win widens the gap to 11 points with only 21 points remaining, but a loss would close the gap to five points and give Pittsburgh hope of catching Cincinnati in the table.

But Koch isn’t looking at the table to decide on tactics.

“We’re playing like we do every game to try to get the three points,” he said. “We’re playing to win. That’s how we’ve approached every game, home or away, all season long, and we’re not going to change that.”

Clinching the Playoffs: FCC can clinch a playoff berth this weekend with a victory and if New York Red Bulls II, North Carolina FC or Bethlehem drop points. New York plays Ottawa on Friday, North Carolina plays Tampa Bay on Saturday and Bethlehem is in action on Sunday.

But while fans and supporters are counting points and checking stats, Koch isn’t getting caught up in the playoff picture and isn’t even talking about it with the players.

“I think it’s important for us to make the playoffs, but to be quite honest, I don’t care when we make the playoffs,” he said. “Tomorrow is three points. Making the playoffs tomorrow or the last day of the season doesn’t make any difference as long as you get there.”

Join host Bryan Weigel (@bryanweigel), as he welcomes guest Kevin Sparks of the MonGoals Podcast (@mongoals) of the Beautiful Game Network to preview Saturday’s match vs. The Pittsburgh Riverhounds. This show will hopefully fit in your drive time to work, to the pub on game day or lead you right up to game time. We hope you enjoy!