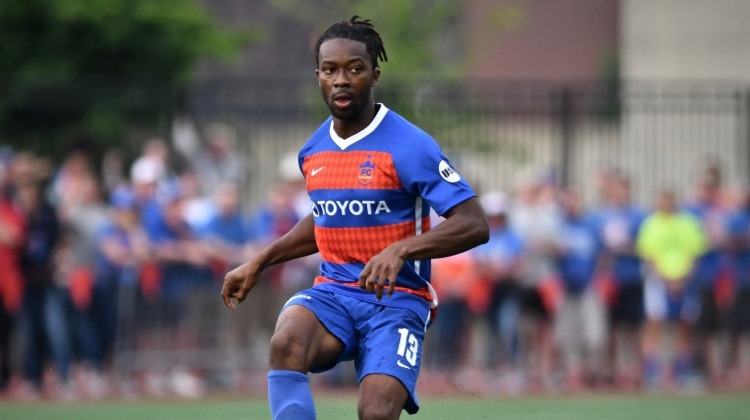 FC Cincinnati coach Alan Koch said Tyler Gibson isn’t quite ready to return Saturday. But even with Gibson still out and Richie Ryan now injured, the club doesn’t lose much in the midfield. Michael Lahoud will likely see minutes at the bottom of the diamond. 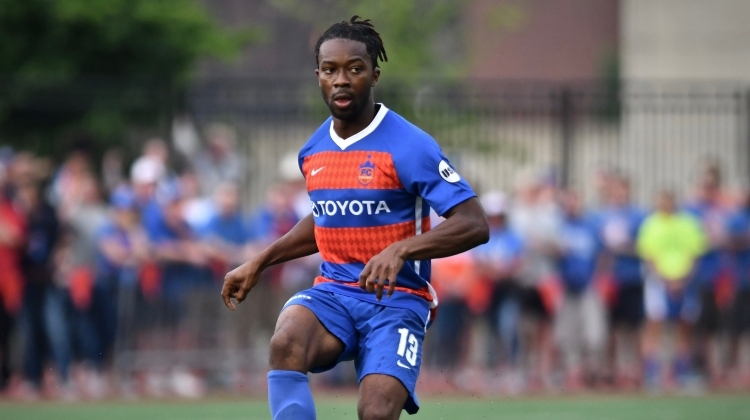 With Richie Ryan sidelined with a calf injury, FC Cincinnati was hoping Tyler Gibson could return to the lineup as a timely midfield reinforcement for Saturday’s match in Nashville. Unfortunately for FCC, Gibson isn’t quite ready yet.

“We were hoping for this weekend,” FCC coach Alan Koch said after Wednesday’s practice. “This weekend was the earliest he could possibly be back. He’s not quite where we need him just yet. Something like this is not a smooth process obviously. You have your ups and your downs. He’s stayed very, very positive throughout the whole process, but he won’t be ready for this weekend.”

Gibson has been out with a fractured fibula since early February — just days before FCC’s first preseason friendly in Bradenton, Fla. He’s yet to see action wearing orange and blue. But that doesn’t mean he hasn’t contributed, midfielder Michael Lahoud said.

“I love Tyler,” said Lahoud. “I love him as a soccer player. I love him as a human being. Having been someone who’s been through a lot of injuries, especially with a huge opportunity in front of you, to be part of something special that’s happening here, it’s probably one of the biggest challenges you can go through as an athlete. But it’s been an honor during my short time here — and I know other guys have said the same thing — to walk alongside him in the trenches, to encourage him. He’s been nothing but top-notch encouraging us. A lot of times he’s been an example to us, the hard work he’s doing, pushing himself when no one is watching.”

Despite Ryan’s injury, not much changes in FCC’s midfield, Koch said, noting his club has played all season without Gibson, an offseason addition from NASL Soccer Bowl champion San Francisco Deltas. The necessary personnel adjustments will be made with Michael Lahoud likely seeing the bulk of the minutes at the bottom of FCC’s diamond midfield until Ryan and Gibson return.

It’s a role he filled admirably in Saturday’s 2-0 victory over Ottawa with a 97.1 percent passing accuracy on 68 passes attempted. Lahoud said he’s spent more than two years in the diamond formation, so shuffling between a 6 role and an 8 role isn’t a concern.

“Because of the coaching and tactical preparation I’ve had, I know it in my sleep,” he said. “I’ve had to fill in at different times for Richie, but whether it’s playing next to Richie as another holding midfielder or as a box-to-box midfielder in the diamond, my biggest focus is just taking what the game gives me and filling the role the team needs.”

“It definitely hits you — the impact of him being out and what happened in the game in Toronto,” Lahoud said. “That’s a good barometer of how impactful someone is on your team. A lot of times, some guys you don’t realize how important they are until they’re not there. Credit to everyone that came in and stepped up this weekend. It was a total team effort. You talk about character — what I saw this weekend was a character-building opportunity where yes, a very valuable player went down. But Kenney Walker steps in and plays like a man. Corben Bone steps in and wows all of us for 90 minutes with his assist. Nazmi (Albadawi) has been eating his Wheaties, because he’s been banging goals in left and right.”

No holiday off for @fccincinnati. Workout in progress for Saturday's clash against Nashville pic.twitter.com/q8pnxxtjRs

RYAN UPDATE: Ryan’s protective boot is off, but he’s not back in training yet.

“He’s making a lot of progress in the space of a short amount of time,” Koch said. “I think he’s still a little bit of time away before he can play.”

HALFWAY HOME: FCC is halfway done with its final USL season. After 17 matches, the Orange and Blue are on 34 points with a 10-4-3 record and stand atop the Eastern Conference, three points clear of the Pittsburgh Riverhounds, who have a match in hand.

“We’re very happy obviously,” Koch said. “We’re first in the league and we’re very happy with how the guys have played and how they’ve come and embraced what we’ve asked them to do and how they continue to progress week in and week out.”

In 2016, FCC also had 34 points after 17 matches and finished third in the USL East before being knocked out of the playoffs at home against the Charleston Battery.

“I’m very happy for him,” Koch said. “It’s a great move for him. He deserves it. He had a lot of success at Louisville. It’s good to see other coaches get rewarded.”

Koch had a 2-1-3 record in his two years against O’Connor in Dirty River Derby matches, including a 1-0 victory in last year’s U.S. Open Cup tournament. The rivalry will continue next year with O’Connor at Orlando when FCC moves up to MLS.