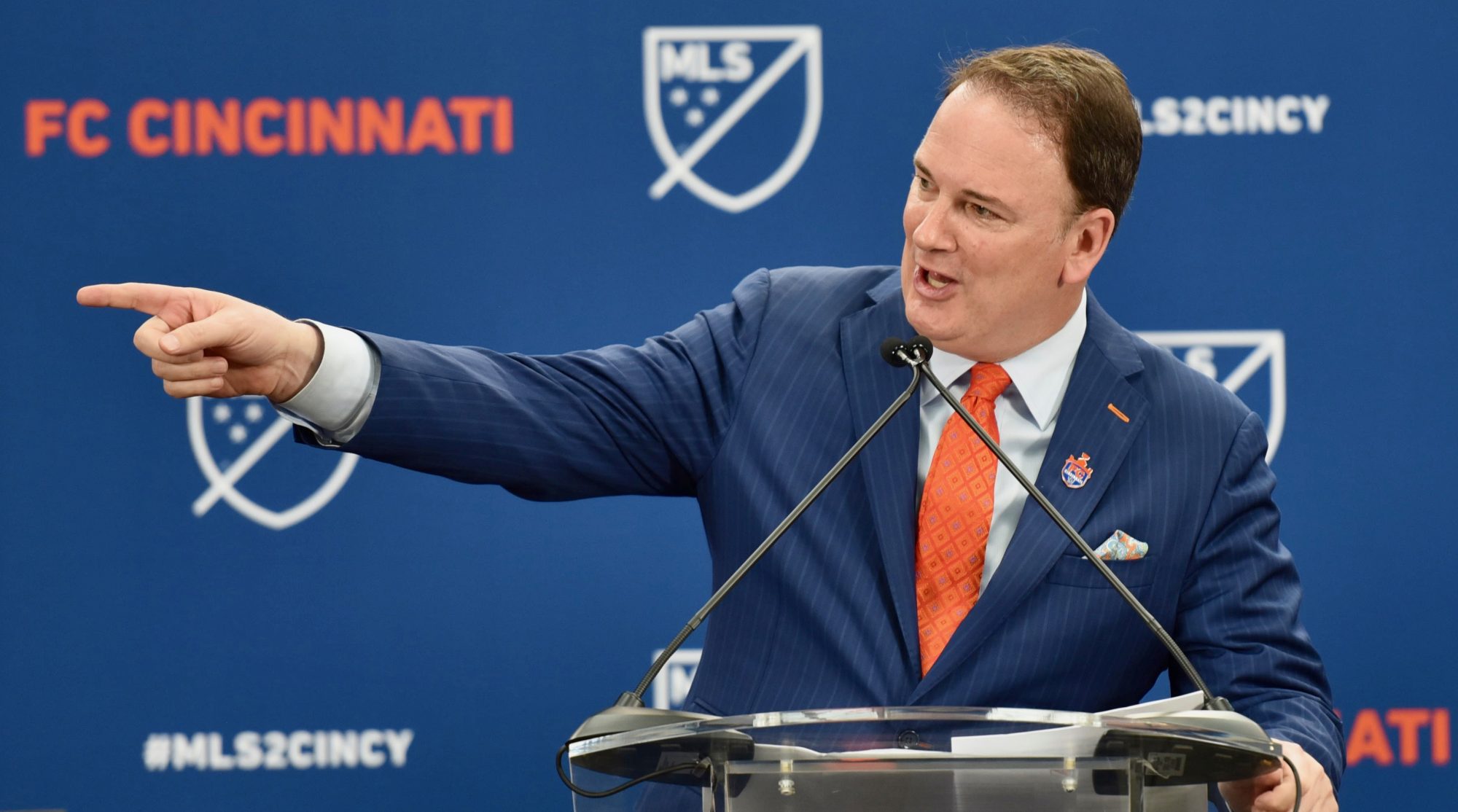 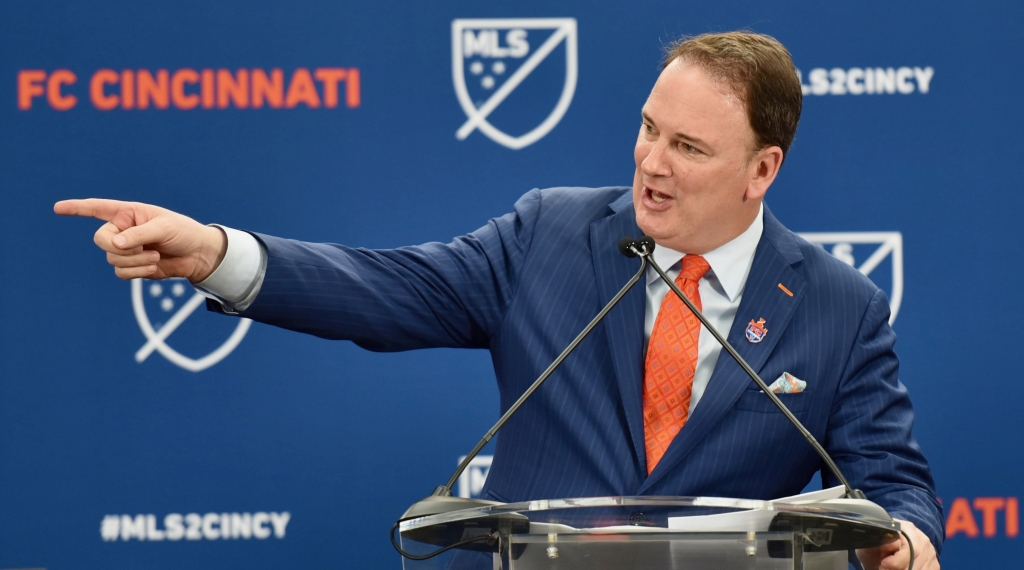 Between January and mid-April, some in the FC Cincinnati faithful grew restless and weary about the club’s MLS expansion bid status, thirsty for an update. Jeff Berding remained bullish.

FCC’s president and general manager used the term publicly more often than not when discussing the bid. With the uncertainty swirling around the stadium issue, most ordinary people in his position would have had a steady supply of antacid and whiskey by their bedside. Instead, Berding drew strength from confident supporters.

“I never feared failure,” he said after the announcement festivities last week. “I always was confident that we would be standing here. Having said that, as I noted (in his speech), there was no question that we had some valleys, and those valleys were very, very challenging. But truthfully, our supporters out there — I’d run into them at bars and restaurants and Kroger — everyone was, ‘You got this.’ Just encouraging, and you could see what it meant to our supporters and what it meant for our community and that sort of refueled my determination.”

MLS commissioner Don Garber made it clear during last week’s announcement that the stadium issue was all that stood between FCC and an invitation to join the league. Garber told the crowd MLS “fought hard over the last six months with your mayor, with your community, with the pastor and with (majority owner) Carl (Lindner III) to get a stadium site that is unprecedented” and said the yet-to-be-built West End Stadium could be MLS’ version of Bernabeu or Anfield.

Of the three site proposals given to MLS, the league preferred West End. So Berding went door-to-door in the West End community, seeking resident support.

“People in the West End, almost across the board, were very welcoming of this catalyst opportunity and what it could mean for the kids and future generations,” he said. “But obviously at times it was a real battle.”

By coincidence, CST had a live podcast already scheduled for that night, at the Buffalo Wings & Rings next to the proposed Oakley stadium site — also a coincidence. Berding was a guest on that show. He gave some good-natured ribbing to the CST hosts and bought a beer for everyone who was at the hearing before the council vote.

He spoke as if the deal were already sealed. Perhaps he already knew it was, even if MLS didn’t say so. He again used “bullish” during his interview with CST that night.

After the announcement festivities, a reporter asked Berding if it was his understanding that once — or if — the stadium support funding legislation passed city council, it would clinch the bid.

“I’m not going to speak for MLS, but what I’ll say is we were always very confident that if we pulled off the West End stadium, the opportunity should be ours,” Berding responded. “But we weren’t dealing in hypotheticals. Our job is to go make it happen. But once we made it happen, we certainly thought that the pathway was pretty open for us.”

The rough draft capacity for the stadium is 21,000, Berding said. But that can be changed. The club can start at 21,000 and expand later, or it can start beyond 21,000. He said the club will look at resources and see what’s feasible.

“There’s no question that we have a footprint, and the footprint can accommodate a stadium of a certain size,” he said. “But we’re just starting to work with our architects on that now that we have all the property and we have the bid. So we’ll start pretty quickly going through that process.”

Garber’s metaphor that the West End stadium has the potential to be the MLS version of Bernabeu or Anfield — two of Europe’s most famous stadiums — could be a stretch. But Berding did say the stadium will “showcase an energy that we associate with the new Cincinnati. It is going to be very transformative in its design.”

Cincinnati and the FCC community celebrated together last week, much deserved. It marks the end of a challenging expansion application process, something Berding fought for most days, if not every day, for a few months. But the challenge of transitioning from USL to MLS is just beginning.

The West End stadium won’t be finished until 2021. In the next few months, FCC will have to build an MLS roster — with its quirky economics of Targeted Allocation Money, General Allocation Money and Designated Players, to name just a few terms — and still aim to be competitive in its final USL season.

As he was with the expansion bid, Berding remains bullish about the challenge.

“I don’t fear work,” he said. “There’s no question there’s going to be a lot of work involved. But that’s why we do what we do. … I tell people, ‘If you want to be mediocre, go somewhere else.’ We’re not about average. You don’t get excellence with a modest effort. You get it with an enormous effort and enormous sacrifice. I feel like that’s the culture of our club. We celebrate (Tuesday), but we have a stadium to build, we have a roster, we’re determined to keep winning this year. It’s part of our DNA.”

Wait is Over: MLS Welcomes FCC for 2019 Season– by: @rspeirce