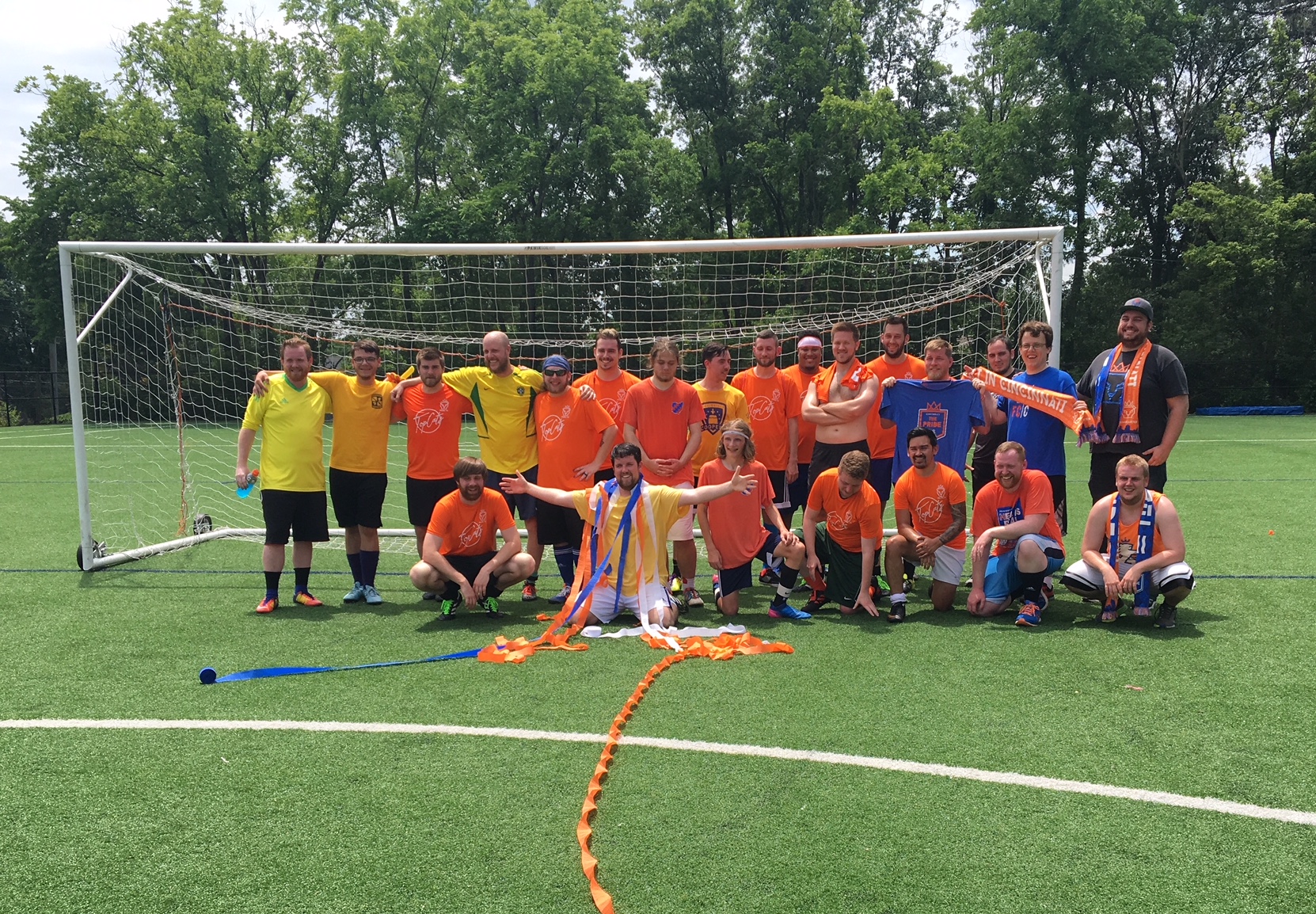 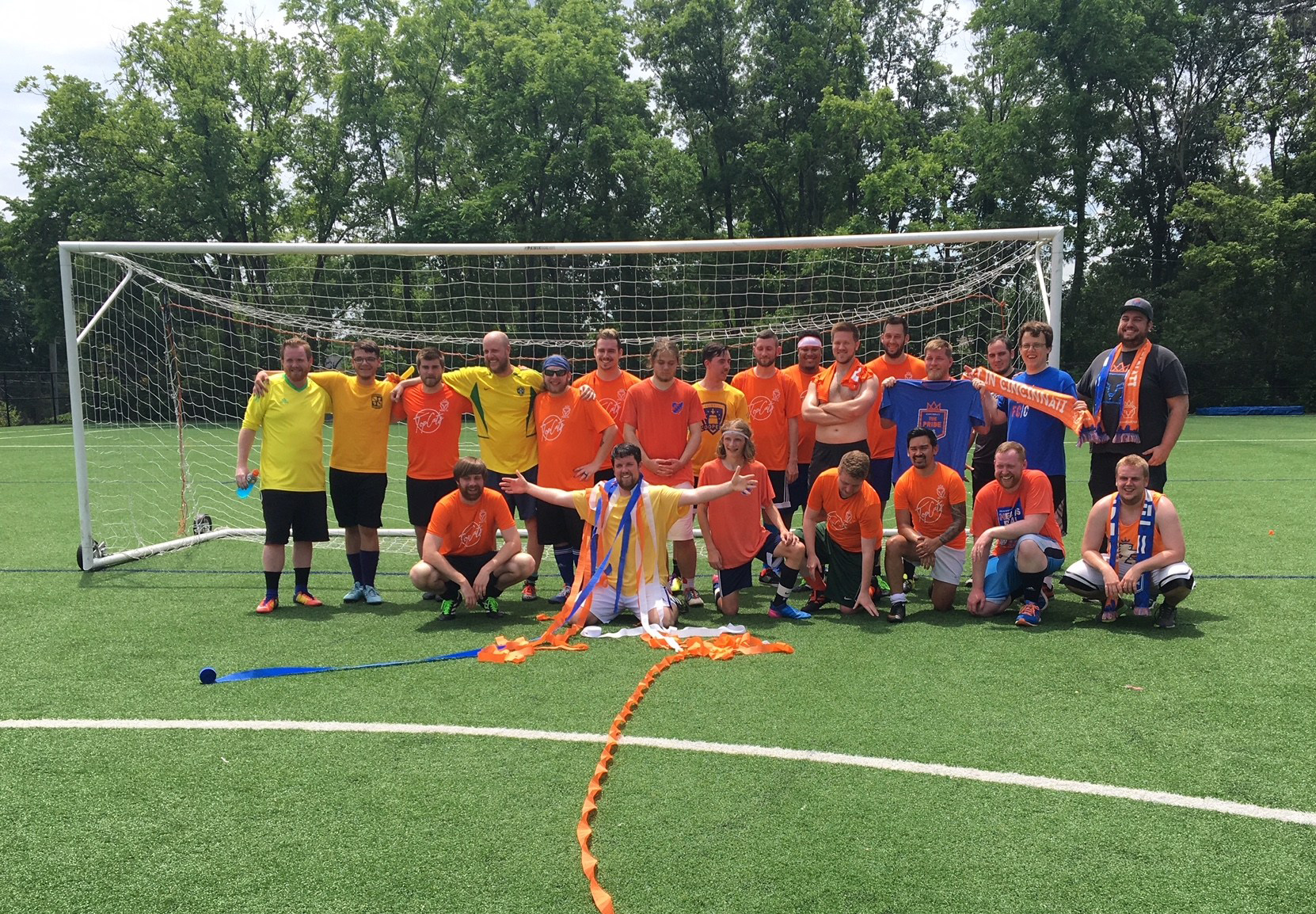 Everyone knows that supporter groups are always prepared for the endless banter on Twitter and Facebook. Any diehard fan has their thumbs poised and ready, hovering above the touchscreen on their cell phones, just waiting to post the best comeback they have available.

But sometimes banter on Twitter and Facebook isn’t enough. Sometimes the only option is to stop talking the talk and start walking the walk.

The Plastic Cup is a friendly match between rival SGs the day of the Dirty River Derby. Whether the match is in Cincinnati or Louisville, the SG’s will travel and play a friendly soccer match, all in the spirit of fun.

The first leg of The Plastic Cup in 2018 took place at Clark Montessori High School in Cincinnati. The Pride had about 20 people in attendance, and The Coopers started out with three and ended with six due to travel issues.

Since The Coopers had fewer people in attendance, the SGs decided to run shorter, mixed scrimmages. Members of The Pride played on both sides. The SGs agreed on either a 10-minute run or two goals; whichever side was down would rotate members. The SGs mutually decided to carry over last year’s 7-1 aggregate score.

The first round started with strong Cooper possession, with multiple shots on goal. They were able to capitalize a few minutes in, and again only a couple of minutes later, ending the first round with a 0-2 Coopers win.

The second round was the opposite, with The Pride dominating possession, the keeper blocking every shot the Coopers took. The Pride scored halfway through, one after the other, ending with a 2-0 Pride win.

The next two rounds ended in 2-0 wins for The Pride. The Coopers didn’t have as many shots on goal. The Pride was able to capitalize on every possession they had, scoring quickly and often.

The fifth round was the only round that actually went the full 10 minutes. The Coopers scored once and maintained control of the ball but ultimately were unable to score a second goal before the 10 minutes were up.

By the end of the eighth round, the sun and heat were weighing on all members. After a water break, the SGs decided the next goal would end the friendly. The Coopers took their shot and the ball found the back of the net, ending the match.

All of the supporters got together for a group photo, in which onlookers promptly threw streamers in honor of Streamergate 2017.

The Plastic Cup is the perfect example of how SGs can help change the atmosphere among supporters. It brings a new angle to the rivalry, one that gets the supporters off of Twitter and onto the pitch.

These friendly matches are a way to build camaraderie across the game, reminding everyone that we’re all here for the same reason — to support our club in every capacity possible.