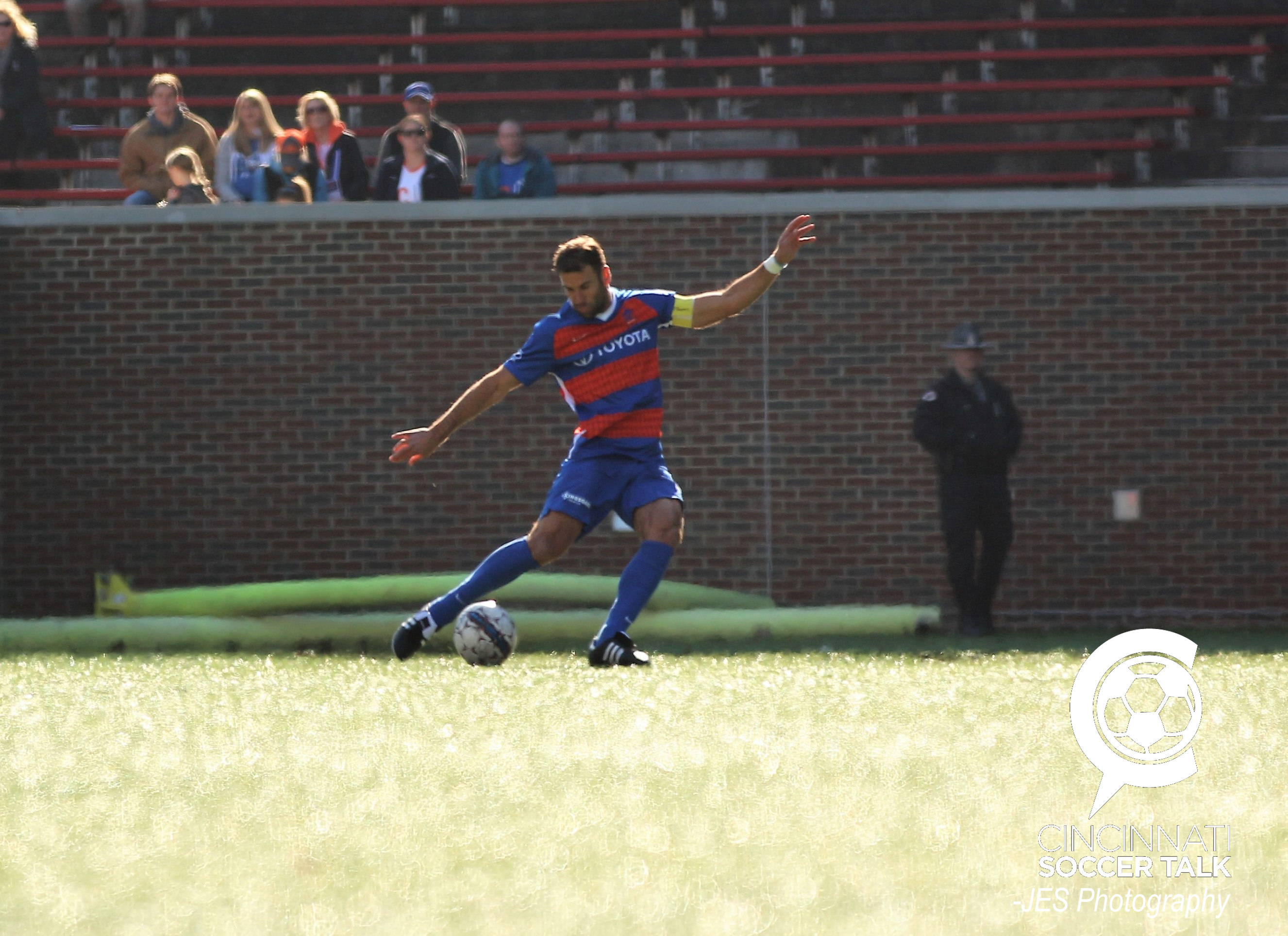 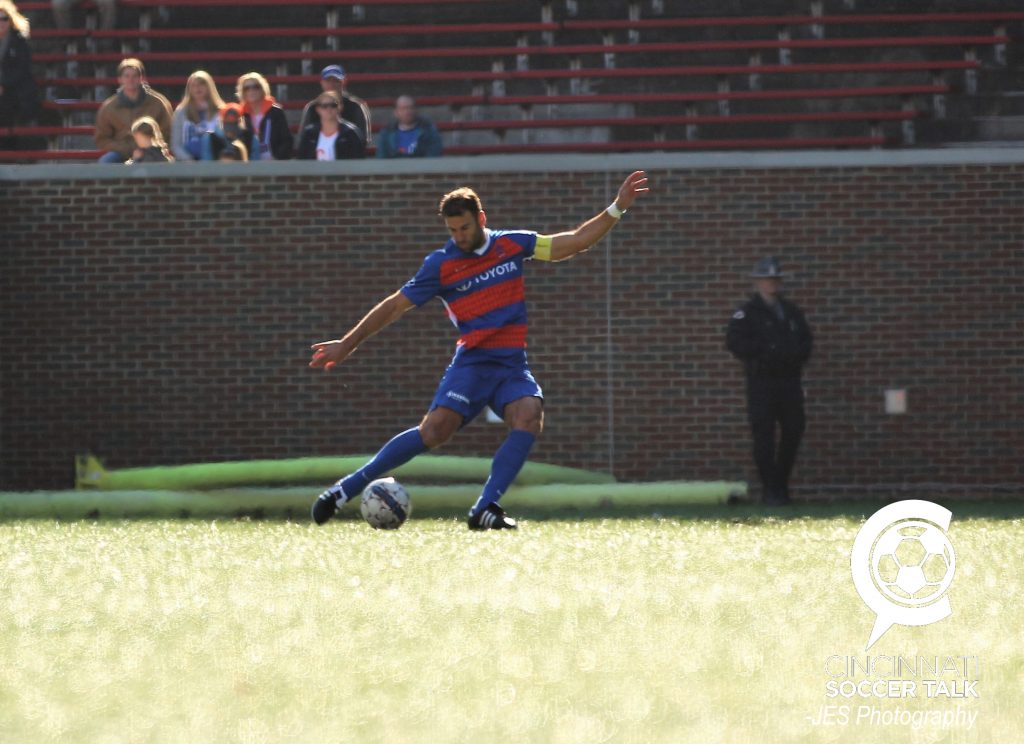 The biggest challenge for new FC Cincinnati center back Dekel Keinan’s adjustment to life in his new city didn’t have much to do with soccer or his new club — instead it was car insurance and kindergarten.

Keinan, a native of Rosh HaNikra, Israel, had spent most of his professional career in his native country. He’d been to the United States as a guest for all of two weeks in 2013 when the Israeli National Team played Honduras in a friendly in New Jersey. So he and his family needed some assistance getting their feet set.

“Maybe it sounds stupid, but the smallest things — Internet at home, apartment, car, car insurance — those things can be a nightmare,” Keinan said. “Even TV — I’m not a technology guy, so I needed help with all that stuff. Kids’ kindergarten, daycare.”

FCC gave him the help he needed. Keinan credits Operations Manager Cody Parsons, coach Alan Koch and his new teammates for helping in the transition.

“There wasn’t one question that was not answered by someone with the club,” Keinan said. “I have to say that the club has treated me really well, to make me feel really welcome — me and my family. If you would say to me that the club is only 3 years old, I would never believe it, because the club is really organized, and they did everything to make my life easier.”

Most of FCC’s new international players either just had to cross the Atlantic Ocean or at least had prior club experience playing in the United States. Keinan came halfway around the planet. Rosh HaNikra is a town of just 1,300 people, tucked away in the northwest corner of Israel, near where the Mediterranean Sea meets the Lebanese border.

Despite such a move, Keinan had no reservations about moving himself and his family to Cincinnati.

“I wouldn’t say I had hesitation, but I did research before I came,” Keinan said. “At this point in my career, it’s going to be a great experience. I felt really connected when Alan talked to me about the project that he’s trying to build here. It would be great for my career to be part of this project — trying to bring my experience and leadership to the club. It would be a great experience for (my) family, but the main issue was for my career at this moment.”

Koch said when he recruits international players, he tries to relate personally — as a South African native, he came to the United States for the first time in 2003.

“It was such a positive influence on my life, so I can share those experiences with players and talk about the amazing things that are happening in the U.S. and what it can offer culturally and personally,” Koch said. “But then I can speak — most important for all of us obviously — is the game. The game has grown so much in this country. It’s a great time for people from other countries to come over and join the movement in the U.S. but also join the movement in the city and come enjoy Cincinnati. Cincinnati is an undiscovered gem in so many ways. I think that’s actually a good thing. We’ve got a great club, a great city and an amazing country too. So it’s a relatively easy sell from that perspective.”

With former center back Austin Berry retiring to join FCC’s technical staff, the captain’s armband is available this season. Koch hasn’t declared a captain yet, and the club is brimming with leadership that won’t stop with that title, but Keinan has plenty of captain’s experience. He captained Maccabi Haifa in his last two seasons, and he wore the armband for several of FCC’s preseason friendlies.

“I play the same with the armband or without the armband,” Keinan said. “It’s not an issue for me. I know what I have to bring to the team. I know what the team and the coaches expect from me. Of course it would be a big honor for me, but I’m not going to change anything with my game.”

Keinan’s presence has already been felt on the pitch. Near the beginning of the preseason friendly against Nashville on March 2, Keinan took a knock near his eye and was down for several minutes while club trainers tended to him. He had to leave the pitch but came right back on and later had to leave again when his cut started bleeding again, only to re-enter again moments later with a headband.

Another good exercise today, we are getting there! A little knock but I will be ok.. a few stitches won’t keep me from heading the ball. Thank you everyone for your concern! pic.twitter.com/qtPs0BBU1k

Expect Koch to formulate starting lineups based at least partially on partnerships — especially in the back line, where communication is vital. It’s a good bet Keinan and Forrest Lasso will be playing next to each other for a solid chunk of the season. Lasso has already soaked up some of Keinan’s knowledge.

“He’s a legend, man,” Lasso said. “He’s done it all, so to be able to learn from that guy every day, to share a locker room with him is a blessing. “We were side-by-side doing some drill. I saw one thing one way, and he saw the same thing another way. We sat there and had a conversation about it, and we both realized we’re both right but we’re both wrong at the same time. He’s been around the game a long time, and he’s experienced way more than I can even dream of. To be able to take that wisdom and learn from it is huge.”

The depth in the back is evident, Keinan said, and it should keep everyone on their toes.

“To be honest, we have a lot of options,” Keinan said. “So I think it doesn’t matter which back line you choose. We’ll be solid and strong. At the end of the day, it’s all about partnerships and communication. We’re going to be tested on the pitch, so we have to show that we deserve to play. If we don’t show we deserve to play, someone else will take the position. There is good competition between us, but we respect and like each other.”