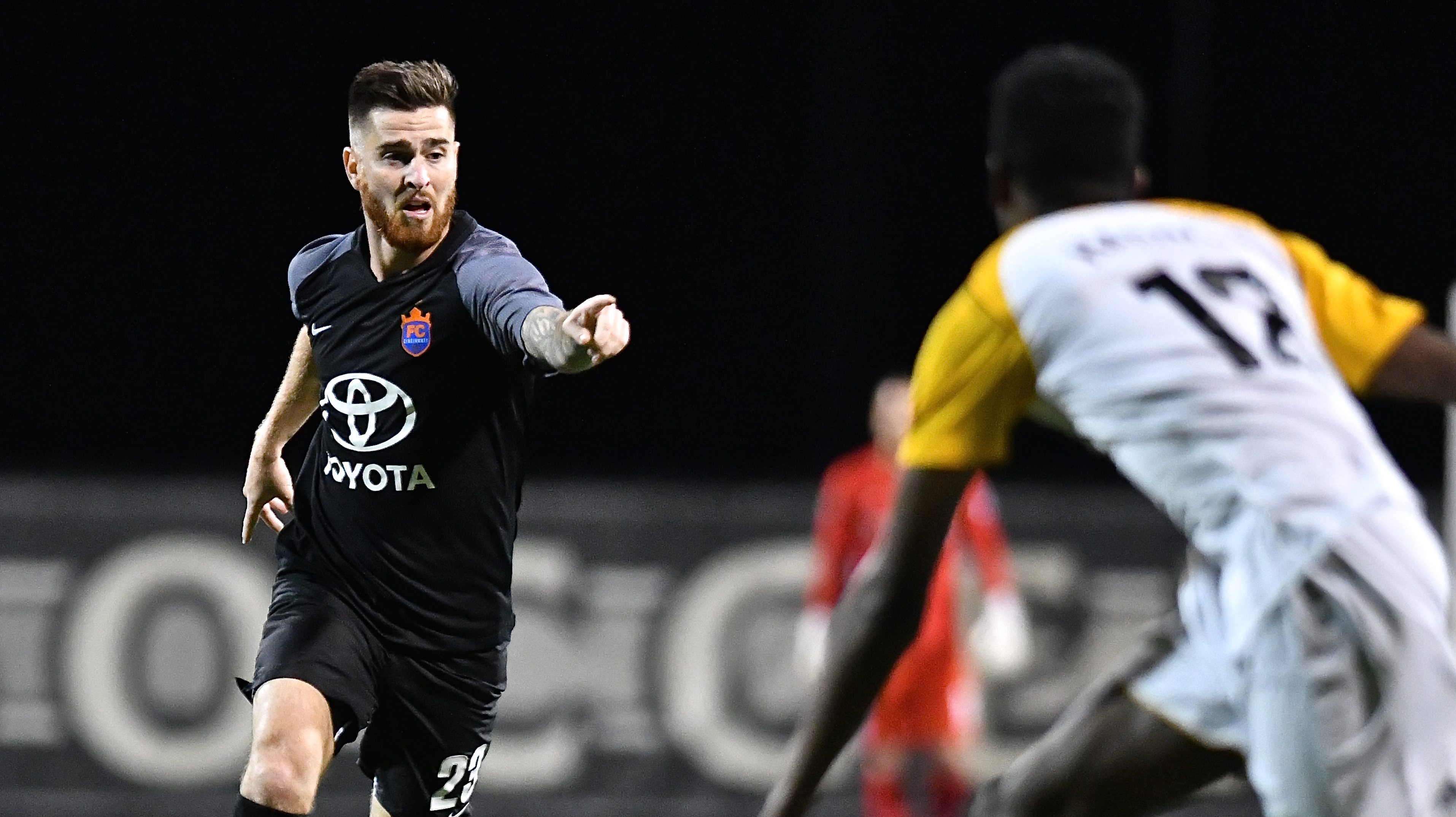 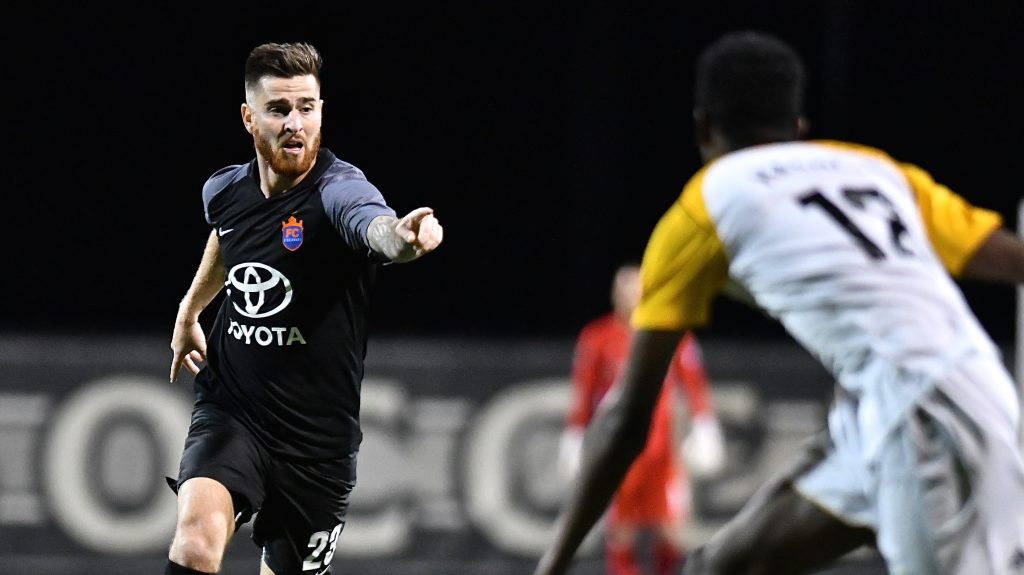 When the North American Soccer League (NASL) announced last week it was canceling its 2018 season, it was the end of a landslide so big it was felt in Cincinnati.

Just four months ago, midfielder Tyler Gibson was helping the San Francisco Deltas win the NASL Soccer Bowl. Only three days later, he was unemployed when the Deltas announced they were folding as a franchise after just one season. This might sound like a stunning development, but in the NASL it was just another tremor in a seismic league.

“Before last year, it was kind of shaky whether it (the NASL) was going to be around,” Gibson said. “It wasn’t a huge shock to me. That was definitely in my mind and my agent’s mind. So I was fortunate enough that (FC Cincinnati coach) Alan (Koch) came to me early, and I had everything taken care of soon. I didn’t really have to feel that pressure as much as some of my other (former) teammates and friends that I know that are still in that situation.”

Getting to this point was a long and rocky road for the NASL and its players.

When FCC first began play in 2016, the USL was Division III and the NASL Division II — where it had been since its inception in 2011 — in the United States Soccer Federation pyramid. Before last season, the USSF granted both the USL and NASL provisional Division II status, saying neither league met all Division II requirements. One of those requirements is to have a minimum of 12 teams.

The NASL sat at 12 members in 2016, and the Deltas were set to begin play in 2017. But Minnesota United began play as a Major League Soccer expansion side, and the Ottawa Fury and Tampa Bay Rowdies left for the USL. The Fort Lauderdale Strikers and Rayo OKC folded. This left the NASL with eight teams.

During the 2017 season, the USSF revoked NASL’s Division II status, and the league responded with an antitrust lawsuit against the USSF.

NASL filed the lawsuit in September. The month before, Blake Smith was at Miami FC, battling FCC in the U.S. Open Cup quarterfinals, a match Smith’s side lost as FCC continued its Open Cup run. Smith enjoyed his time in the NASL, learning from coach Alessandro Nesta. “It was a really cool and unique experience to be taught from one of the defenders in the world,” Smith said. But there was also plenty of uncertainty.

“When it all started going downhill and teams started jumping ship and going to the USL, it created stress among the players,” Smith said. “I just wasn’t sure what was going to happen with Miami at the time with the league. I thought (coming to FCC) was the best solution for the longevity of my career. It was a great opportunity. It was too good to pass up. I was very thankful to have Alan and his staff seeking me so heavily.”

In the offseason, things got worse. Indy Eleven and North Carolina FC joined the USL. FC Edmonton folded, as did the Deltas. The NASL is now down to just four teams: Jacksonville Armada FC, Miami, New York Cosmos and Puerto Rico FC.

While the lawsuit was still in play, NASL pushed the start of its 2018 season to August, aligning with most international leagues. Then, on Feb. 23, the U.S. District Court of Appeals ruled against the NASL’s request for a preliminary injunction. Just four days later, the league canceled its season and sent league players scrambling for a place to play.

Meanwhile in Cincinnati, FCC’s front office faced major roster renovations after a disappointing end in the USL. Koch scouted plenty of NASL talent — Emmanuel Ledesma, Nazmi Albadawi and Richie Ryan landed on the Best XI list just last year, and nine of the club’s 26 players have ties to the league. Though Koch didn’t target the NASL specifically because of its increasingly unstable situation, he concedes it might have helped his recruiting efforts.

“It’s just because there’s quality players in the NASL,” Koch said of his NASL additions. “It’s hard for us as a USL team — currently — to go recruit MLS players to come here. But players that were playing in the NASL in such a precarious position — it was probably a little easier of a sell to get them to come on with us.”

NASL’s turmoil didn’t force Albadawi, a Raleigh, N.C., native who had spent each of his four prior seasons with North Carolina, out of the league. But Albadawi said plenty of other players are caught up in the turbulence.

“I was ready for a change,” he said. “(FCC) was something that I could not pass up. The bad part is I feel for a lot my fellow professional soccer players that now have less teams to find options from. Some of the offers they’re getting from USL teams are not great money-wise, and they don’t have leverage as players. It’s a tough situation. Teams can offer less money, and players are forced to accept it.”

Whether the NASL will ultimately fold as a league remains uncertain, but a restarting next year should prove difficult.

“It’s never good to see a league fail,” Smith said. “It’s tragic. It’s sad for a lot of players that are having to retire early and struggling to find clubs.”