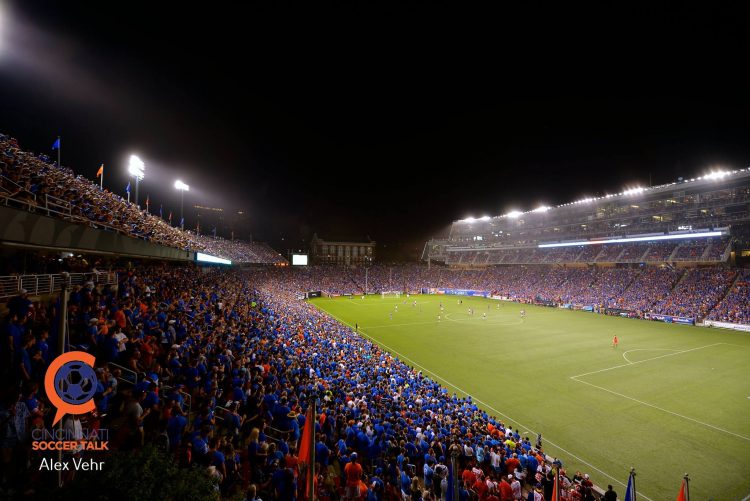 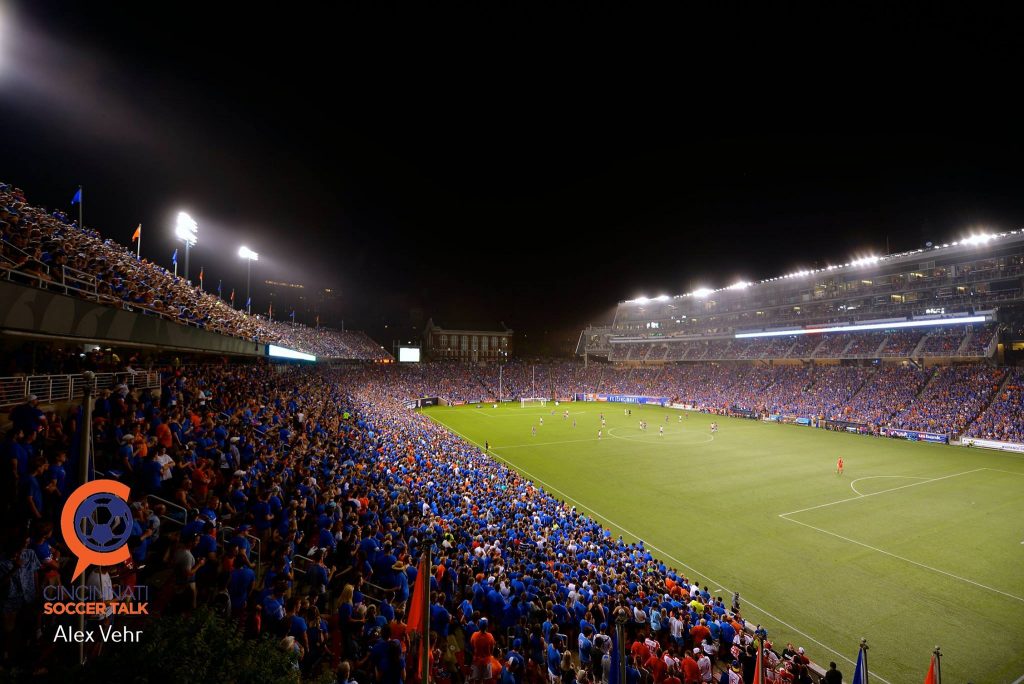 A sold-out Nippert Stadium takes in the semifinals of the Lamar Hunt US Open Cup. The game crashed the FC Cincinnati ticket website multiple times and still managed to sell out in less than 7 hours.

In his annual report, Gulati noted:

“Perhaps one of the most memorable soccer stories of 2017 was the stunning run by USL side FC Cincinnati in the 2017 Lamar Hunt U.S. Open Cup. Setting a record for a non-Finals crowd with 33,250 fans in the semifinal, their magical run captured the imaginations across the country with inspired play backed by the passionate cheering of their supporters.”

For his report regarding the 2017 US Open Cup, Chairman Edwards highlighted the success of this past year’s tournament:

“In retrospect, we can report that the 2017 Lamar Hunt U.S. Open Cup was the most impactful edition of the tournament in the modern era. As evidence, we point to the amount of media coverage garnered, the size and enthusiasm of the crowds attending, and the increasing level of importance placed on the competition by many of the participating teams.”

“The fans in Cincinnati should receive special recognition here. Their enthusiasm for their second-year team, the sport of soccer and the Lamar Hunt U.S. Open Cup in particular was something to behold. For three consecutive home games in the 2017 tournament against MLS opposition, FC Cincinnati surpassed the 30,000 attendance mark, setting a new record on each occasion (30,160 in the Fourth Round; 32,287 in the Round of 16; and 33,250 in the Semifinal) for the largest all-time Open Cup attendance outside of a Final. Only two other games in Open Cup history have drawn more than 30,000 (both Finals hosted by the Seattle Sounders in 2010 [31,311] and 2011 [35,615]).”

What a welcome to the @ussoccer agm. It is going to be a great couple of days! @fccincinnati #USLD3 #ProSocc3r pic.twitter.com/6hpk6RpRr3

Clearly, FC Cincinnati and their fans garnered a lot of attention with the 2017 Open Cup run and large attendances shown over the first two years as a club. They have caught the eyes of the USSF and look to turn that attention into a spot in Major League Soccer. The club along with Sacramento and Detroit are the remaining finalists for the 26th MLS Expansion spot. This week President & General Manager Jeff Berding reiterated that this process will take more time and encouraged patience from the clubs supporters. He remained optimistic the league will make their decision known by the end of the month.

Make sure to stay tuned to Cincinnati Soccer Talk for all of your FC Cincinnati and MLS Expansion news.