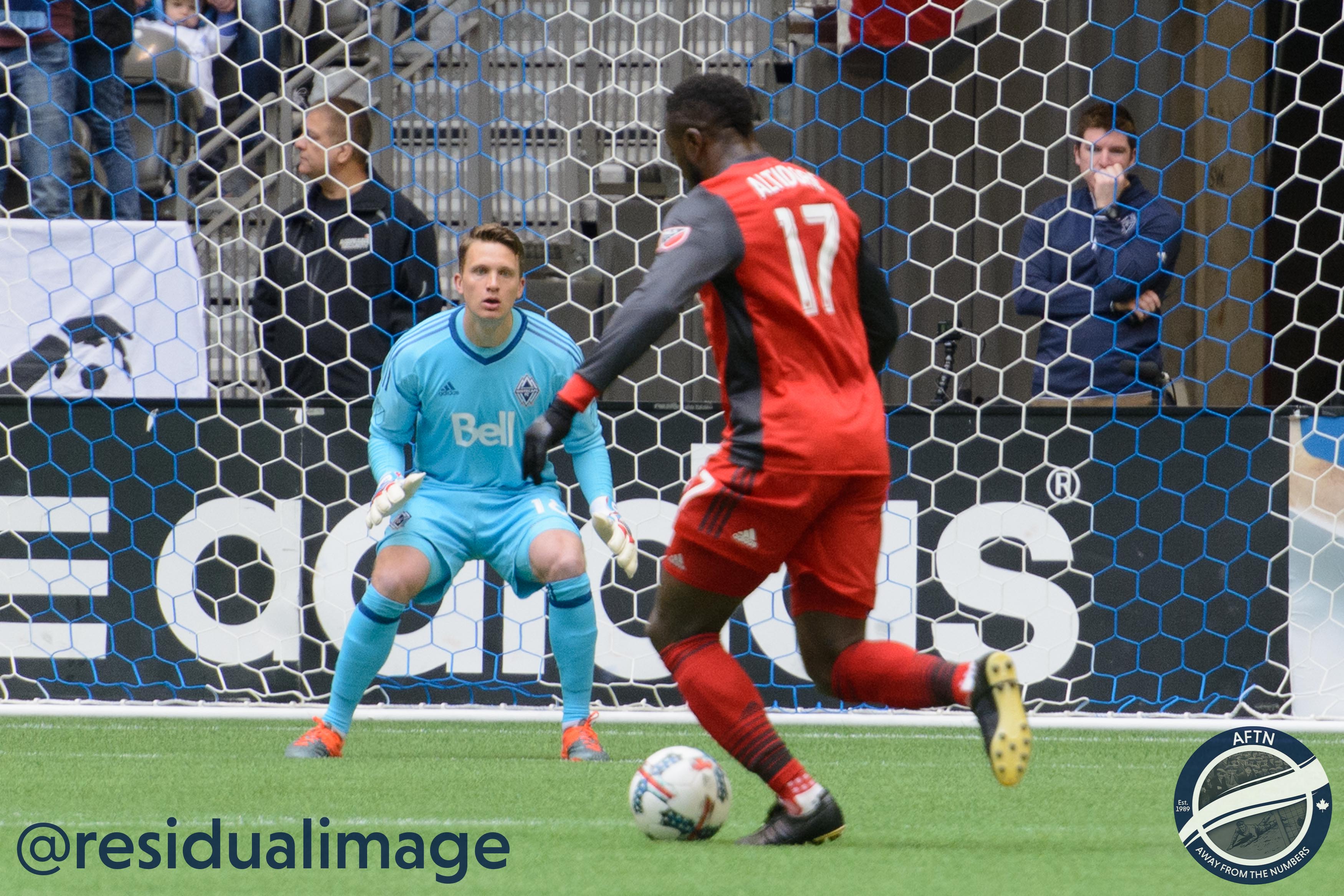 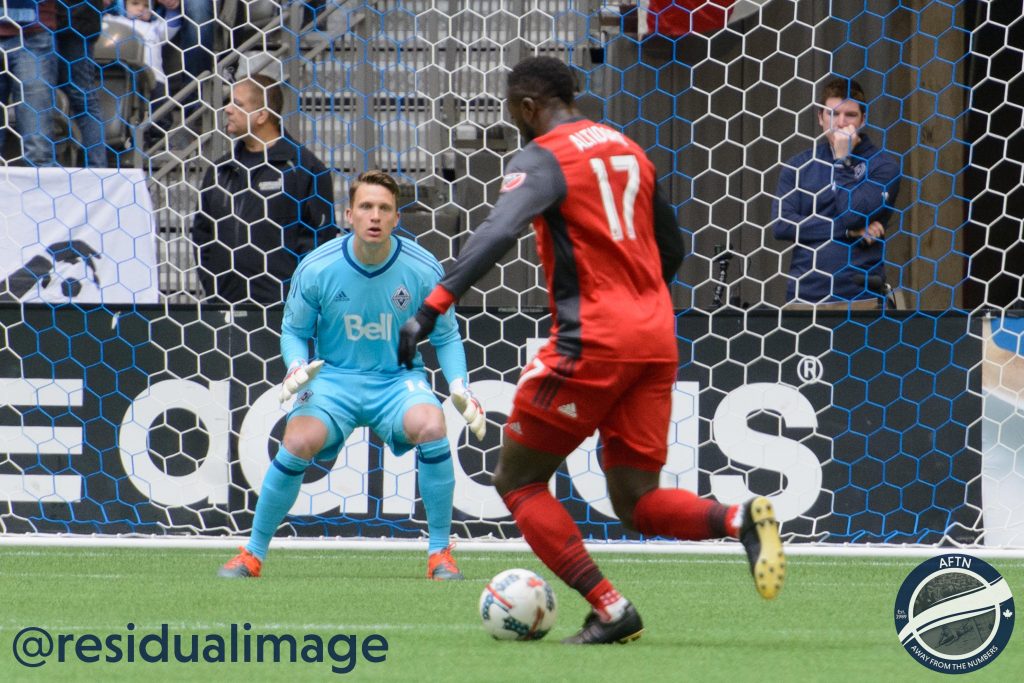 FC Cincinnati and Head Coach Alan Koch have added Vancouver Whitecaps FC (MLS) goalkeeper Spencer Richey on a loan for the 2018 season. Richey is the fifth former Vancouver player to sign for FC Cincinnati for the upcoming season and the sixth overall after the loan of Kyle Grieg in 2017. 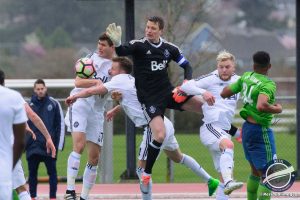 “Spencer is an excellent keeper, who has worked incredibly hard to make it into MLS,” said Head Coach Alan Koch. “He has the potential to be a starting goalkeeper in the MLS, and we are excited to bring him into our squad. I am excited to work with him again and give him the platform to maximize his abilities.”

Richey has over 50 professional appearances as a goalkeeper including two appearances in the CONCACAF Champions League, two Canadian Championship matches, and one Major League Soccer start. The 25-year-old made 17 starts for Whitecaps FC 2 in 2017 with 55 saves and three clean sheets for a 1.53 goals-against average. In 2016, he had 49 saves and a 1.29 goals-against average in 14 starts. He went 2-1-0 in three playoff matches helping lead VWFC2 to the USL Western Conference Final.

CST spoke with Michael McColl, Managing Editor of AFTN.ca which covers Vancouver Whitecaps FC to give us a quick report on Richey and the signings from Tuesday.

“Richey is a really talented young keeper. Great prospect if he continues his development. Was expected to push (Stefan) Marinovic here for the starters role next season. He is a very strong shot-stopper.”

I am very happy with this move. FC Cincinnati is at the least bringing in a quality keeper to compete with Mitch Hildebrandt for one season. At best, Richey may have the talent and pedigree to start in goal for 2018 if the future FCC Hall of Famer does decide to leave this offseason. There has been no word if there is an option to buy Richey in the future, but he could at least provide a solid option for the short-term.

If you compare Richey’s resume pre-FC Cincinnati to Hildebrandt’s, you would see a keeper who had 40+ more professional starts and US Youth National Team match experience. Hildebrandt set the standard for what to expect between the sticks in an Orange & Blue uniform, but the newcomer may be up to the task of replacing Mitch if/when the time comes. Whoever replaces Hildebrandt will have a big shadow, but I am glad the club brought in a guy with the experience of Richey even if it is for one season. 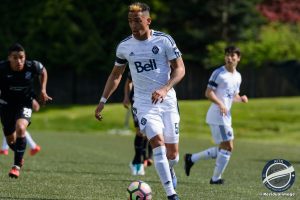 Will Seymore was drafted in the third round (56th overall) of the 2015 MLS SuperDraft by FC Dallas and spent time in their preseason camp. He would sign with VWFC2 in July of 2015 and logged 59 professional appearances for the club. The 25-year-old midfielder is seen as a late bloomer who is versatile and has high upside.

“Will Seymore is a versatile DM (can also play CB). He’s never looked MLS quality but is an ideal squad player for a USL team,” said McColl. “I really like what he offers a team and was hoping Caps would sign him for Fresno. Cincy is a way better option for him to shine. Got limited playing time last two season because of the stupid “have to play six Canadians” rule that CSA mandated here. He’s a tough tackler, good organizer, vocal, good distribution.”

Seymore along with De Wit and Richey appeared as captains of the 2017 VWFC2 squad. Coach Koch seems to be targeting high character players for 2018.

Mark Village comes to Cincinnati after spending three years in the Vancouver system, two of which were under Coach Alan Koch. “Mark is a fantastic team guy and will come in and fight for playing time,” said Head Coach Alan Koch. “He has improved every year as a pro and I know will embrace the challenge that lies ahead here in Cincinnati. We look forward to welcoming him to FCC and working with him to have an imprint on our team culture and the quality of our daily work environment.”

McColl had this to say about the 25-year-old keeper. “Mark Village is a quality keeper but never got a chance here as he was third, sometimes fourth, choice keeper here. Only played one USL game, in WFC2’s penultimate match. Was outstanding and won Save of the Week (see below). He was signed primarily to be a backup and training keeper (as main WFC2 keepers trained with first team and not USL squad). Also was a coach with the Residency program.”

Russell Cicerone joins FC Cincinnati after a year with Portland Timbers 2. The fourth round pick (76th overall) featured in 29 matches for T2, starting 17 matches.The forward spent time out on the right wing in 2017 scoring 1 goals on 21 shots.

“Russell is an incredibly talented young player,” said FCC Coach Alan Koch. “He has the ability to score goals as he showed in college. He had a tough introduction to professional soccer this season but I believe that this experience has set him up for future success. We look forward to working with him and helping him maximize his abilities at the pro level.”

Cicerone was the 2015 MAC player of the Year for the University at Buffalo (NCAA). The 23-year-old scored 12 goals in 12 appearances for the 2016 USL PDL Champion Michigan Bucks.