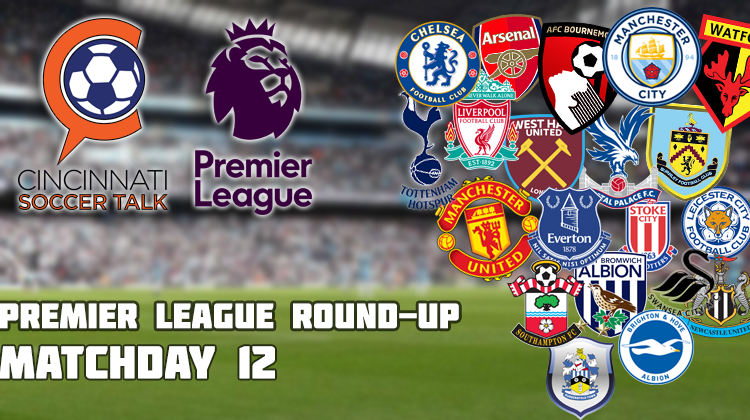 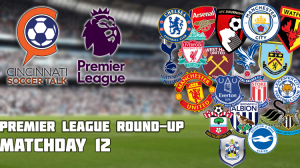 Job done for Manchester City. The King Power isn’t an easy place to play and City left with a clean sheet and all three points. John Stones left the game in the first half with a hamstring injury and it looks like he will be out for around six weeks. Stones has been crucial all season for City and now he’ll miss almost all of the busy festive season. Stones is finally turning into the player Pep Guardiola expected him to be, so losing Stones for six weeks will hurt. Good news for City fans is that Vincent Kompany came back from injury and played the full 90 minutes. City lack depth in central defense so City fans will hope Kompany can stay healthy.

With his goal Saturday, Kevin De Bryune became the fastest out-and-out midfielder to have a hand in fifty Premier League goals. With 16 goals and 34 assists in 76 Premier League appearances, KDB is the cream of the crop.

United fans everywhere are going to be happy that Paul Pogba and Zlatan Ibrahimovic are back. Pogba proved why he is the second-most expensive player in the world. He had a goal and assist on Saturday but it was his passing and work off the ball that was fun to watch. Mourinho also started Rashford and Martial together and it paid off big time. A lot has been said about the attacking power on the blue side of Manchester, but the red side showed what they are working with on Saturday. With Zlatan and Pogba back to start this busy festive period, United have to think that this is their best chance to chase down City.

Saturday was Antonio Conte’s 50th game in charge at Chelsea and with the win, Conte has won 118 points since the beginning of last season. No one has won more points than Conte in that time frame.

Chelsea flat-out dominated at the Hawthorns on Saturday. Chelsea looked leagues apart from West Brom. Saturday’s performance is going to give Chelsea a ton of momentum going into their fixture vs. Liverpool next weekend.

Tottenham was flat out outplayed at the Emirates on Saturday. Spurs had a few chances but never really threatened Petr Cech in goal. You could argue that Tottenham were unlucky and were on the receiving end of bad officiating, but Arsenal took advantage of shotty defending. Arsenal could have easily had two or three more goals. Tottenham’s display was shocking, but not nearly as shocking as Arsenal’s.

What hurts the most for Spurs is that United won. Now United have a little breathing room behind them. However, now Tottenham, Arsenal, Chelsea and Liverpool are all bunched together.

Since Liverpool was manhandled by Tottenham at Wembley, the Reds have won three straight league games while scoring 10 goals and only conceding one. The Reds are only one point off a Champions League spot and only four back of second place.

Wow. Where has this Arsenal team been this season? The Gunners blitzed Tottenham and Spurs didn’t have an answer on how to stop them. Arsenal could have easily scored four or five goals on Saturday. Mesut Ozil was fantastic. No one doubts his quality on the ball, but a lot of the criticism he’s received while at Arsenal has been for his lack of work off the ball. However, on Saturday, it was like he was a different person. Ozil was all over the place and chasing down Spurs players to win the ball back. He was exceptional.

Saturday was the third time this season that Ozil, Alexis Sanchez and Alexandre Lacazette started in the Premier League together. Arsenal has won every game in the PL in which Ozil, Sanchez and Lacazette have started together. If Arsenal can keep up this level of effort for the rest of the season, they’ll be a threat to be reckoned with.

Burnley’s third straight win and a third straight clean sheet has the Clarets just one point away from a Champions League spot. Burnley is the biggest surprise of the season. Sean Dyche and his squad have only conceded nine times in the league, only United and City have conceded less.

However, if Burnley wants to stay in contention for the Champions League, which isn’t a far-fetched goal, they need to score more goals. The Clarets have only scored 12 times in the league this season, which is eight less than the closest team in the top seven (Chelsea, 20).

The Burnley/Arsenal game next weekend can easily be the best game of the weekend.

A good win for Watford. A team in Watford’s position should be beating teams like West Ham, especially when the team you’re playing has a brand-new manager. Will Hughes scored his first Premier League goal on his first Premier League shot.  Richarlson added the second goal in the second half to give Watford all three points. Heurelho Gomes made a couple of nice saves to keep Watford alive, but the Hornets also missed on some prime opportunities.

The win ends Watford’s three-game losing streak in the league. The Hornets travel to Tyneside next weekend in a battle of both teams desperately needing a win to build confidence.

Brighton is legit. They came back to equalize twice and the only team to beat them at the Amex is Manchester City. Brighton is unbeaten in their last five games. I said a few weeks ago that Brighton has what it takes to stay in the league, but it looks like they have what it takes to finish in the top 10. For a team in their first ever season in the Premier League, Chris Hughton and the Seagulls could make some history before the end of the season.

A tough loss for the Terriers. Huddersfield had 19 shots but only had three on target. This game proves just how unpredictable and how tough the Premier League can be week-in and week out. I think this loss will serve as a wake-up call for Huddersfield. It doesn’t get any easier for them either as the Terriers host Man. City next weekend.

Oof. Newcastle got the blunt force that is United when they are at their best. Dwight Gayle’s early goal was the first time United conceded at home in the league, but that’s the only bright spot for Newcastle. Saturday’s loss is the third straight losses for the Magpies. Rafa Benitez and Co. need to right the ship and do it fast.

Well, Leicester couldn’t figure out how to stop City either. Fabian Delph kept Riyad Mahrez quiet the entire game and Leicester lacked quality because of it. Leicester was resilient for most of the first half, but once City scored right before halftime, the Foxes were forced to break their shape. This was Leicester’s first loss since the firing of Craig Shakespeare.

The Foxes get the chance to bounce back when they travel to east London to take on West Ham next weekend.

This was arguably the best display from a team all weekend.  A 10-men Cherries team, lifted by a Callum Wilson hat-trick, cruised to an easy win at Dean Court. Bournemouth now finds themselves in 13th after being in the bottom two only a few weeks ago.

Callum Wilson is a great sports story. Wilson was an integral part of Bournemouth’s climb up the football leagues. Since Bournemouth has been in the Premier League, Wilson has been on the sidelines. In the last two years, Wilson suffered two cruciate knee ligament injuries. Now that he’s healthy, hopefully, he can stay healthy and keep scoring goals.

Another disappointing display from the Saints. Southampton finished the game with ZERO shots on target. Southampton only has two wins in their last 10 league games. The Saints are trending in the wrong direction and it’s looking bleak right now on the South coast.

After dropping points on Monday, Stoke finds themselves only four points above the relegation zone. The pressure is slowly growing on Mark Hughes’ shoulders. The Potters only have one win in their last five games. With all of the talent this team has, Stoke should be playing much better. Stoke City is definitely one of the biggest disappointments so far this season.

A lively 2-2 affair at Selhurst Park on Saturday and a draw was a fair result. Both teams had plenty of chances but were unable to finish. David Unsworth may be getting the most out of his Everton side. After a gutsy comeback two weeks ago against Watford, Everton fought back twice to earn a point at Selhurst. With games against Southampton, West Ham and Huddersfield, Unsworth will look at those games as prime opportunities to gain vital points.

West Brom fired Tony Pulis on Monday and it was a long time coming. After an awful display on Saturday, the owners and the board had enough. Since 2015, Tony Pulis managed 121 games for West Brom and only won 36 of them. It doesn’t get any easier for West Brom either as they travel to Tottenham next weekend.

Well, it won’t be a quick fix at West Ham. In David Moyes’ first game at West Ham, the Hammers couldn’t find the back of the net. Cheikhou Kouyate and Marko Arnautovic had good chances, but Heurelho Gomes made some great saves to deny them. Despite West Ham having good chances, Watford could have had a couple more goals.

West Ham just needs to improve in every way and quick if they want to stay in the Premier League.

Swansea’s fourth straight loss could be more devastating than dropping points. Tammy Abraham, Swansea’s leading scorer this season, was carried off with a back injury. However, news coming from South Wales is that Abraham is expected to be healthy for the game against Bournemouth.

Wilfried Bony squandered a scoring chance after coming off the bench as a sub at halftime. The Ivorian has yet to score since returning to Swansea. At Turf Moor, Swansea had 14 shots but only one on target. The Swans need to find goals fast.

A lively 2-2 affair at Selhurst Park on Saturday and a draw was a fair result. Both teams had plenty of chances but were unable to finish. Palace will be upset that they let Everton equalize twice, but Roy Hodgson and Co. will be happy to see Christian Benteke playing for the last 15 minutes. Benteke is a real goal scoring threat which is what Palace of been lacking all season. Now with Zaha and Benteke back in the lineup, we could be seeing the beginning of Palace’s great escape.