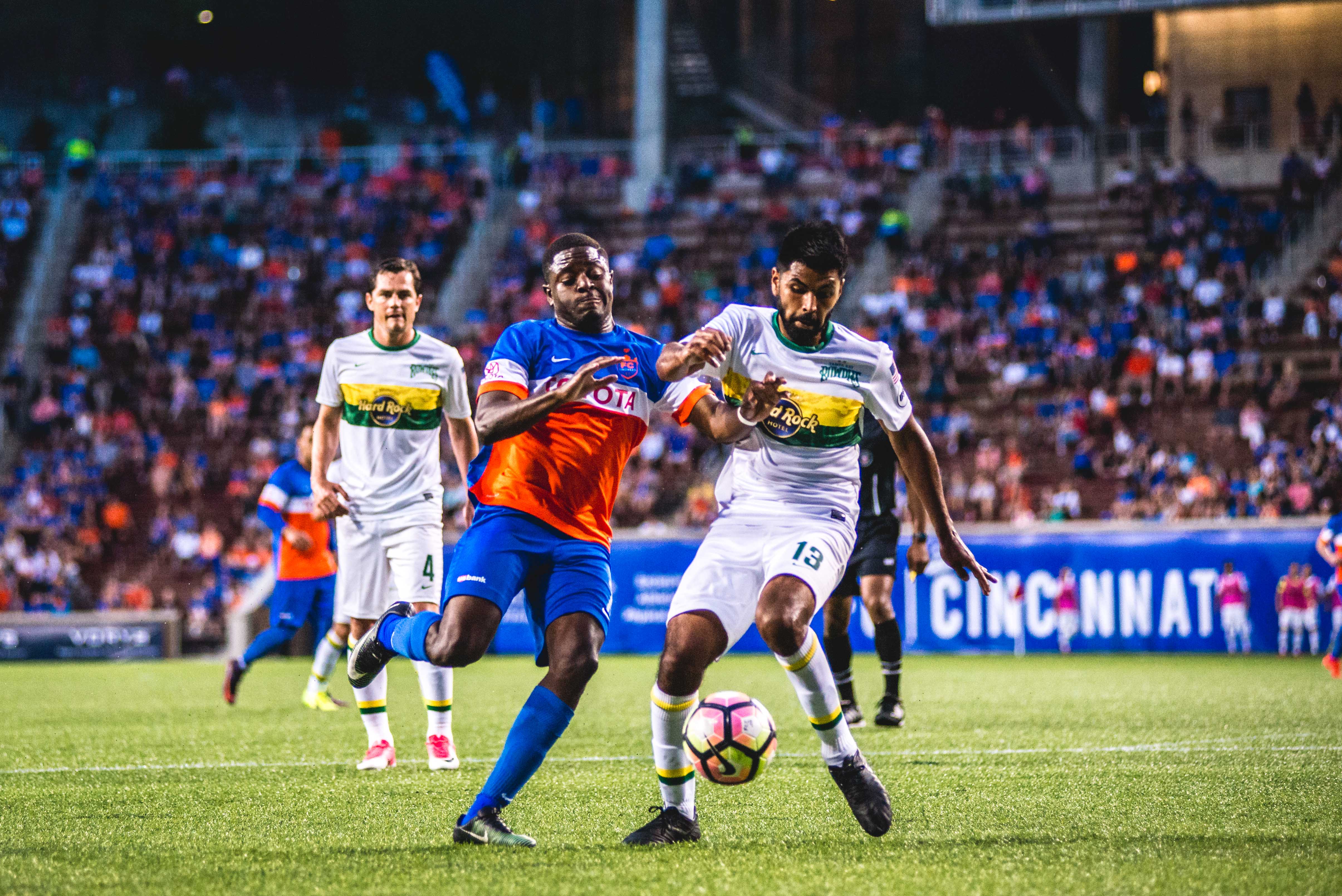 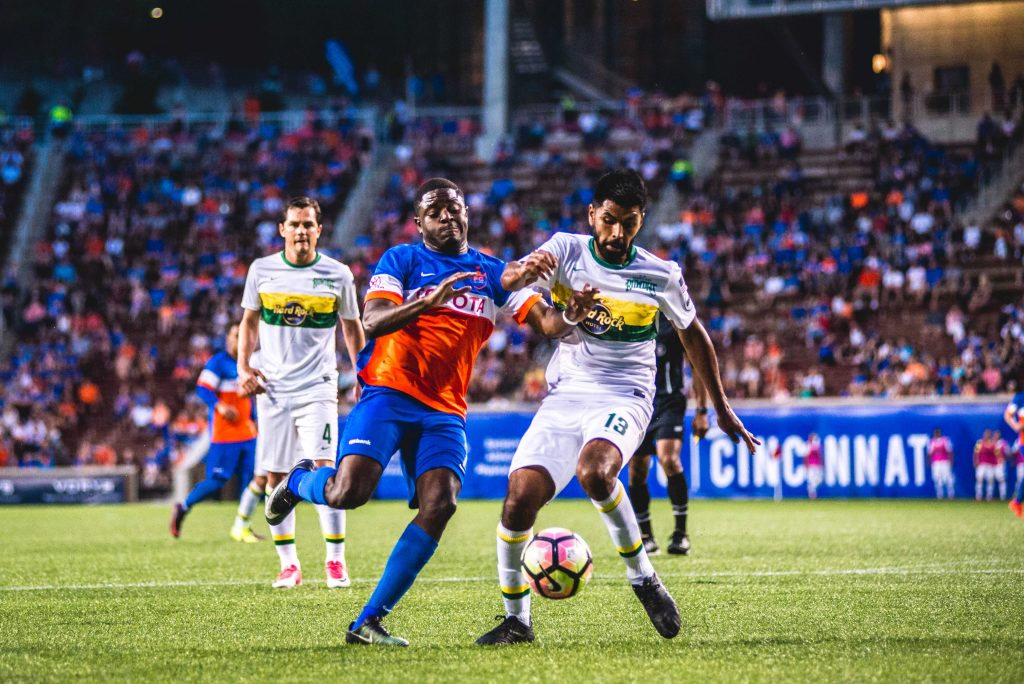 Here is our first weekly mailbag! Check out our newest feature on CincinnatiSoccerTalk.com that is designed to answer our listener’s questions. Here is our first listener provided question and answers below:

Given the statements earlier this week Berding has indicated that resources are available to significantly overhaul and improve FC Cincinnati for 2018. My question is how would you approach utilizing a budget on player acquisition and signing? For example, would it be better to land 2 massive (300K each) signings or 6 solid (100K each) ones?

Great question, Igor. Thanks for writing in.

I’m certainly not one to tell Jeff Berding how to spend FC Cincinnati’s money, but the short answer is I’d rather sign six solid players to contracts of $100,000 each during this offseason. Here’s why:

The club announced 10 roster departures on Wednesday, with maybe a few more coming. If you spend $300,000 each on two massive players, you still have at least eight players left to sign. I take Berding at his word that the resources are available to upgrade the roster, but there’s a ceiling somewhere.

We’re all waiting to see if FCC gets its Major League Soccer expansion bid in December. Being one of the first two bids would likely mean more funds become available than Berding already has alluded to. But as Berding said Wednesday, “We cannot base our roster on something outside our control.”

As is, FCC has too many holes to fill to invest heavily in two players. While those two might be terrific additions, we might not see the improvement we wish for elsewhere on the pitch. Instead, I’d prefer to see six solid newcomers at $100,000 each. This is because every incumbent FCC player should be challenged for their job. The more solid players the club can add, the better that competition will theoretically be.

To pick out an example, right now FCC does not have a goalkeeper. The club did not renew contracts for backups Dallas Jaye and Dan Willams, and negotiations are still ongoing with Mitch Hildebrandt. Should Hildebrandt stay, he should face stiff competition to keep his starting job. According to the Denver Post, the average salary for a starting MLS goalkeeper in 2016, minus Tim Howard’s $2.5 million-plus deal, was $73,700. After spending $600,000 total on two players, could FCC afford an average MLS keeper? If not, how far below average do they aim?

For another reference point, the MLS Players Union lists the 2017 salaries for the 654 MLS players. Seventy-seven percent make less than $300,000, and according to ESPN, the median (middle, not average) salary is $135,000. That’s not to suggest FCC aim for the middle of the pack, but how many of those making $300,000 or more would come to play for a side that as of today might be stuck in the United Soccer League?

Should FCC get its expansion bid, whether, in December or next year, there will be a time while converting from USL to MLS to add those kinds of massive contracts, and probably more than two. If the club wants to be competitive upon entering MLS, the funds will absolutely be there. But realistically, that time is not now.

Igor this is a tough question. A question some of our own staff won’t agree on. Signing players have a strong luck component. Will the new players have chemistry? Will they fit into the coach’s system? Do they have so much raw talent it doesn’t matter?

My answer was on the field in Tampa. I stood in the stands and watched Marcel Schäfer pick apart FC Cincinnati single handily and no-one could do a single thing about it. FC Cincinnati has at least one 100k player already in Djiby Fall. Who do you want? Six Djiby Fall’s or two Marcel Schäfer’s. I’ll take the playoff winner.

Current USL players aside, there is also the gambling/luck component. A more skillful player that has proven his skill sees his value rise throughout his career. Assuming due diligence, every 100-thousand-dollar player poses significant more risk to FC Cincinnati’s success than a more proven 300-thousand-dollar player. In my opinion, the gap in salary between the two adds enough talent value. I have visited a casino enough in my life to know you take the best odds available.

Do you have a burning question or topic about the club that you’d like us to answer, explore or discuss? Maybe you missed the latest show but still, have something to say? Tell us what’s on your mind via e-mail at feedback@cincinnatisoccertalk.com. We’ll compile your questions or topics and give you an answer.

Even outside the range of the United Soccer League or MLS, the University of Cincinnati women’s soccer team is on the rise, the U.S. men’s national team is still in disarray, and there’s plenty of action across the pond and in Europe.

Please send us your questions and look out for more features soon!

Tune into the latest Cincinnati Soccer Talk podcast this upcoming MONDAY night at 8 p.m. and look for our new podcast on your favorite podcast network each week!