Coming off a last-second draw vs. Saint Louis FC, FC Cincinnati will travel to Matthews, NC to take on a team that claims to represent another Queen City. The Charlotte Independence of Matthews and Rock Hill, SC stand in 2nd place in the USL Eastern Conference and are in need of additional points to secure a home playoff match in 2017. On the other hand, Cincinnati could benefit from maximum points to clinch their spot in the USL Playoffs. With 3 matches left, there is a lot on the line so here’s how some of the staff here at CST feel things will transpire.

The Orange and Blue are still in a playoff position with control over their own destiny but they are in need of points to maintain their position. Charlotte is the number 2 team in the Eastern Conference, but fortunately for FCC, they are not in great form as of late. They are winless in their last 3 games and have only scored one goal. Cincinnati has been grinding away each game and earning results. The situation is right to allow the soccer ball kicking good guys to earn 3 points and gain some traction this week. I predict a 2-1 victory for FCC.

It’s no secret the Orange and Blue have been struggling away from Nippert Stadium with just two road victories in the regular season. It’s also no secret they haven’t recently started on the front foot, finding themselves on the wrong end of the scoreline early in the match. FC Cincinnati has relied on goals at the death to pull out a draw in the last two road matches. Charlotte hasn’t exactly been world-beaters recently, but unless things change for FCC, the Independence can be good enough to stop last-second heroics. Unfortunately, my first Growler Cup prediction is a 2-1 loss for FCC at Charlotte.

“This is the week FCC will turn it around.” That’s been the sentiment for 27 weeks now. Aside from a good mid-July run of form, the team has really not provided a sign that things are changing. Charlotte has struggled as of late but they are playing ay home. Also, Charlotte is one of the better teams in scoring conversion. Currently, they score every 6.92 shots, the conference average is 9.28 shots per goal, meaning they don’t need many opportunities to put us on the back foot. Combine Charlotte’s scoring prowess with our defensive struggles as of late and I think that equates to a 2-1 loss for FCC.

2-1 FCC because it’s about damn time. Djiby will get the start because if not I’ll be driving the KochOut train myself. Quit fooling around and play your best player. Anything else is reckless. Let’s go Orange & Blue and get the Djiby train started now before the playoffs!

No time left for excuses. No time left for reckless fouls. This is it this is where championship teams come through to secure their spot in the playoffs and make a run for hardware. FC Cincinnati needs to show what they’re made of tonight and they will do so in Charlotte. I predict the orange and blue will win this match 2-0 adding three points to the table and helping to secure their place in the postseason. 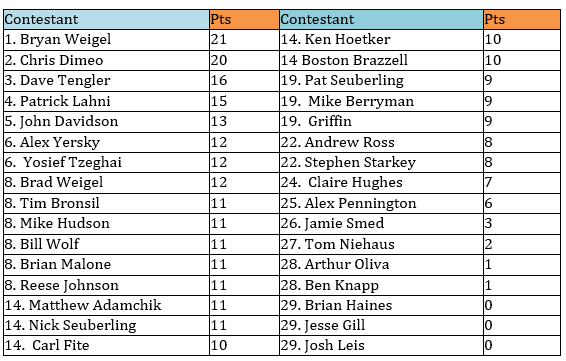