FC Cincinnati returns tonight to the pitch for their first match since their 1-1 draw at home to Pittsburgh on September 2nd. This time they head to Harrisburg PA to face the City Islanders who occupy the 13th place in the USL Eastern Conference. The two clubs met earlier this season at Nippert where the Orange & Blue look a 3-0 win. Harrisburg has been on a slide of late but hope their last minute win over St. Louis this past Saturday means their fortunes have changed. The race for the final playoff spots is tightening up, here’s how some of the staff here at CST feel things will transpire.

Results around the league could not be much better for FCC to punch a ticket to the playoffs. The question is if they will respond to this opportunity. We are getting to must win matches. If the boys do not show up against the Islanders of Harrisburg and we do not leave with three points, we need to turn the exhaustion talk into motivation talk. We are fully capable of beating Harrisburg with the right mindset. I see Koch lining Wieda, Jimmy and Danni up front to lead the attack. Berry and Delbridge will fortify the back line, with plenty of rest they will fortify the shutout for Mitch. I see the boys coming out with urgency and leaving with three points. 3-0 FCC

I have an uneasy feeling in the pit of my stomach heading into this game. If we lose, we are in a lot of trouble with a hot NYRB2 coming into town on Saturday. If we lose both games then we can almost write the obituary on the season. My confidence in the club after last Saturday’s uninspiring performance has been zapped. The defense has been porous with our last league shut out coming against this same club on July 22nd. Solution? I think these guys need to dig deep and take what has been going on of late personal. Not only are they fighting for a spot in the playoffs but a lot of them are fighting to return to this club next season. If they want to play in front of 20k+ crowds it’s on them and they can either ride out their year or fight for one more chance at glory for Cincy.

If you listened to the show this week you heard Weida & Jimmy say that as soccer players they are superstitious. They eat the same food, tie their shoes a certain way etc. Well, I’m EXTREMELY superstitious so I’m going to have to dig back into my bag of tricks during the Open Cup run. I might not win any friends picking this scoreline but the hell with it. Desperate times call for desperate measures so I’m predicting a 3-1 loss. Hopefully it kick-starts another run we can get excited about!

Another decent stretch of rest for the boys in blurange and now they set their sights on 3 points against the City Islanders. Harrisburg’s previous 4 losses in 5 matches have likely knocked them out of striking distance for a playoff spot. FCC, however, remains among roughly 5 teams fighting for 2 remaining spots. After a lackluster showing at home, the boys have a prime opportunity to get a much needed W and I foresee them coming away with a Widmer’s clean sheet and a 2-0 victory.

I would pick an easy victory in this game normally. But I think Irma is going to make Harrisburg field conditions not so fun. The boys are feeling the pressure and have struggled to put 45 minutes of solid play together (don’t even think about 90 minutes)…. I think we struggle again and walk away with a draw 1-1. But hey FCC, please feel free to prove me wrong and take all three! 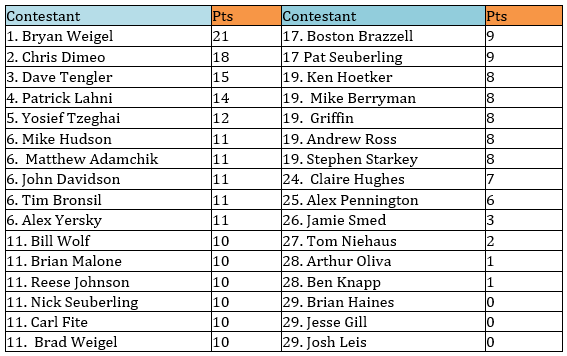