The boys in Orange & Blue had their worst loss in the club’s short existence with a 5-0 shutout by Louisville City FC. With the open cup run over, FC Cincinnati has 9 remaining matches to lock up their spot in the 2017 USL playoffs. There is a lot at stake Saturday and here’s how some of the staff here at CST feel things will transpire.

After playing the New York Red Bulls for the first time, FC Cincinnati heads to New York to play the version of shadow version of the same MLS team. Red Bulls II have been a team in transition. A few weeks ago, they traded away one of their main strikers. Last week they promoted the other to the MLS squad. NYRB II are no longer the USL champions, they are now a team USL leaders should beat. Despite being on the road, FC Cincinnati needs to take three points here. It isn’t just playoffs on the line. This city is restless and the people of Cincinnati want fresh wins. I think we get it 3-0.

Cincinnati goes in and crushes New York. The baby bulls have some talent that has been playing the past month, so they will be dangerous offensively. However, FCC has a new focus, The USL, and the Djiby Greig combo collects 3 goals and we win 3-1

We saw FCC’s magical Open Cup run come to an end on Tuesday, but a silver lining is that the boys in blurange will be able to devote their full attention to finishing the USL season strong. The squad will travel to play the Baby Bulls and despite playing Tuesday, they will have many of their regulars rested including Djiby. With the Eastern Conference’s 2nd easiest strength of schedule in remaining matches, I believe FCC will begin to solidify their hold on a playoff spot with this match. I’m feeling a 2-1 victory for the Soccer Ball Kicking Good Guys.

Headed north to take on the baby bulls, the Orange and Blue have all of their attention set on the final 9 matches of the regular season. The club needs to secure as many points as possible to cement their place in the playoffs. I predict that Koch will have the team ready to go but still recovering from a short week, FC Cincinnati will leave New Jersey with one point. Djiby scores in a 1-1 draw with the Red Bulls II.

On Tuesday, the Orange and Blue played the Bulls in front of 33,250 people. On Saturday, they will play the Baby Bulls in front of 325 people. What a contrast. The game experience is going to be dramatically different. This is going to feel like a training session to FCC. Somehow, they need to shake that off and get focused early. After taking the MLS side within 15 minutes of defeat, it seems like taking on the USL reserves shouldn’t be a challenge, but we’ve got a few challenges this game. The boys are spent. They gave it all and left it on the pitch last Tuesday. They may be ready to play Saturday but will they be 100%? We will also be without Sem deWit (red card) and Kenny Walker (yellow card accumulation). We have options for deWit with both Nico and Hoyte, Nico being the freshest. Kenny Walker, however, will be a blow. We’ve seen the team struggle without him. Of course, this is also a road trip so the team has some travel to do before kick off. All this being said, I think the soccer ball kicking good guys are going to be just fine. The Open Cup is over and their focus is now completely on the league and what’s better for getting over a disappointing exit from a cup run? Another cup run…… time to shore up their position in the table and prepare for the post season. I’m predicting a 2-1 victory. 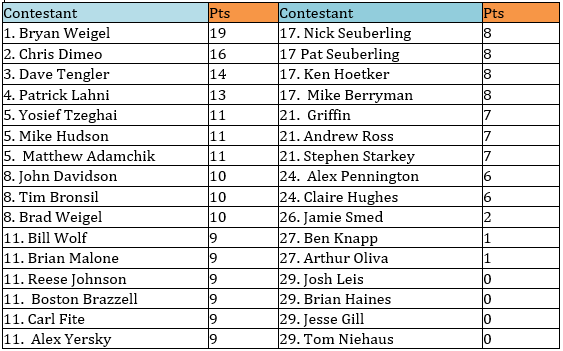