FC Cincinnati got a huge 3-2 win last week to take the 2nd round of the Dirty River Derby. Djiby was able to get some revenge as the Senegalese striker netted an early equalizer with an exquisite finish after the LouCity keeper fumbled the ball. Harrison Delbridge & Danni Konig were able to get two more goals before Louisville clawed a garbage time goal at the death. Saturday night promises to be a hot one but hopefully FCC can come away with the 3 points. Here’s how some of the staff here at CST feel things will transpire.

Harrisburg has been hot as of late, but that may have been due to hosting 5 of their past 7 at home in FNB Field (Baseball Stadium). The City Islanders have scored 7 goals in 10 road matches, but 4 of those came in Toronto. They play a physical style that leads to many fouls & cards which they could use to great effect on the road. At home, they can utilize the small pitch to stay compact so I could see them trying to play rough & slow play in a larger Nippert Stadium. They do have some athletic attacking pieces so our defense will have to account for these options on counter attacks. After a full week off and riding high off a big win on the road, look for FC Cincinnati to handle the Islanders. I’d bet we see the same starting XI (Josu for Polak) as the last 2 matches and I think a 2-0 win is in order for the home side!

The City Islanders are visiting the fortress known as Nippert Stadium. FC Cincinnati is fresh off a victory over Louisville and should be flying high. But this could be a trap game for FCC, Harrisburg has had a better run of late tying Charlotte and beating Louisville as well, the City Islanders are better than most give them credit. If FCC comes out flat they will be penalized and in for a long day. I think FCC will start slow and realize Harrisburg is better than they are but the boys in Blurange will grind out a 1-0 Widmers Cleaners cleansheet!

I touched on it a bit in my “5 Things” article this week but Harrisburg has to be whooped. This will be their 5th game in 15 days and the injuries are piling up. The City Islanders tried to rotate their squad as best they could and still had to use 2 subs before half due to injury. For the first time in 2 months, we might have the advantage when it comes to fitness. I think Coach Koch has to go out and grab 3 points by playing a first team squad and jump on Harrisburg early. They’ve had some nice results, but if we can get a goal or two in the first half, this could get out of control and demoralize the City Islanders. I think the one player FCC has to worry about is Ropapa Mensah. Harrison Delbridge and Austin Berry need to stick to him like gum on a bench. If they can contain the 19 year old then I expect the Orange & Blue to come away with a 3-0 win!

Everyone is worried about Harrisburg as they quickly climbed the table and even tied a Charlotte team that was looking untouchable. They’ve got some players who can make accurate crosses into the box and the new wider pitch at Nippert is going to support that style nicely. We certainly can’t assume anything in this game. However, we know that Harrisburg just played a midweek game and will have some fatigue. Look for them to come out quick and press and try to put the game away early. FCC, on the other hand, is fresh and will likely sit back and defend early looking for a counter. Look for them to turn on the jets in the second half when they know the Islanders are running out of gas. The Harrisburg road form is not very good and the Orange and Blue have only lost once at home this season. I don’t see either of those two things changing. The soccer ball kicking good guys have this one with a 2-0 victory.

Back home, rolling off a sweet victory in Comic Con City, Koch and the boys look to desert the Islanders. With Greig, Schindler and de Wit available for selection, the depth of this squad is not an issue. I predict the Orange and Blue will feed off the energy of 20k and down Harrisburg 2-0. 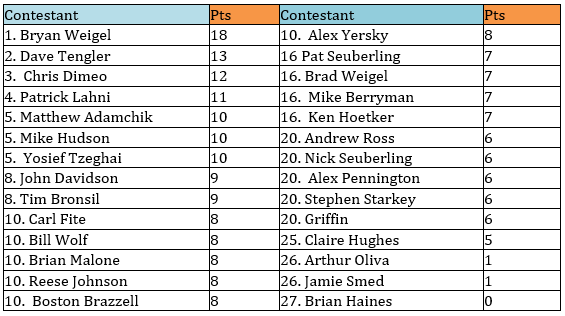