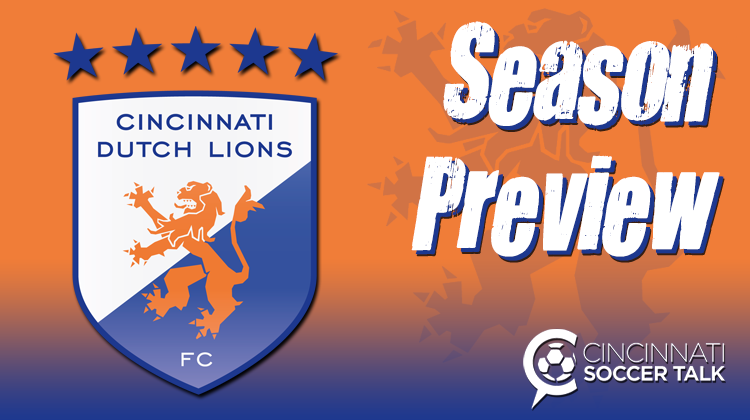 The Cincinnati Dutch Lions FC of the USL Premier Development League (USL PDL) open their 2017 regular season schedule this Sunday at Northern Kentucky University Soccer Complex. We wanted to give our readers a short season preview of the club and what to expect from a new ownership group with large aspirations.

New Owners: The club is now owned by majority stakeholder Hans Philippo who purchased the club alongside Club President Robert Rack in January of 2017. This new ownership group includes Dr. Suresh Gupta and Mike Mossel, in a representation of the Dutch Lions Capital Group, who remain minority owners in the club. Philippo and Rack have made many new improvements to CDLFC including hiring the club’s first full-time employee, Head Coach and Technical Director Sid van Druenen. The ownership group purchased a charter bus for the club’s away matches and are in process of building the House of Orange Bar & Restaurant, a pub themed around the team. Their stated goal is to bring home a championship to the Greater Cincinnati Area and they look to be making the correct moves to do so. 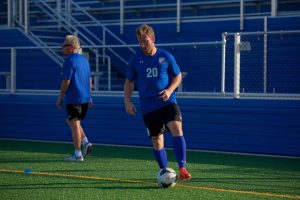 The Squad: Most USL PDL clubs are made completely of summer college players. CDLFC varies slightly from this model. They are a hybrid of college players and former academy players from professional clubs. The 2017 roster features 5 players from each of Xavier and UC, along with a player from NKU. Notable College players are: Austin Smythe, JJ Iroh, and Ryan Melink of UC, Josh Grant, Cameron Taylor, Sam Sergi, Matt Nance, and Matt Vazquenza (XU) and Calvin Murphy (NKU). Former FC Cincinnati center back Michael Millay joined the club this season and should anchor that backline. Millay wore the captain’s armband this past week in a friendly 3-2 win at the Dayton Dynamo. Technical Director Sid van Druenen brought in former professionals/academy prospects Zeus de la Paz (PSV Eindhoven), Daniel Dos Santos (Benefica),  Jesse Dingjan (ADO Den Haag), Boris Rasevic (Heerenveen), and Kabba-Modou Cham (KV Mechelen). These high-level prospects coupled with local college players could make CDLFC one of the top teams in the USL PDL. Check out a detailed roster HERE.

Where they Play: After several years at Xavier Soccer Complex and various local fields, the Dutch Lions will call the NKU Soccer Complex their home for the 2017 season. Seven games will be played at Northern Kentucky for the 2017 season (6 Regular Season, 1 Friendly) while their June 17th Regular Season match will take place at Gettler Stadium on the campus of University of Cincinnati. That event is scheduled as a pregame event for a home FCC game vs. the Charleston Battery. Concluding the CDLFC schedule is a July 17th friendly against FC Cincinnati at Northern Kentucky University. 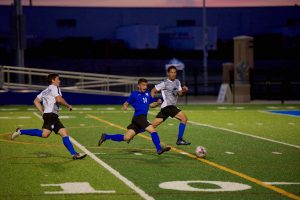 The League: The USL Premier Development League (USL PDL) along with the NPSL represent the highest level of amateur soccer in the United States. There are 72 teams spread across US and Canada that compete in the league which serves as a developmental pathway to Major League Soccer. 70% of MLS Super Draft picks have come through the PDL since 2010. Five former CDLFC players have signed professional soccer contracts in the last three years. The Dutch Lions play in the Great Lakes Division of the Central Conference along with the Dayton Dutch Lions, Michigan Bucks, Derby City Rovers (Louisville), West Virginia Chaos, and K-W United FC (Waterloo, Ontario).

Schedule: The Dutch Lions Regular Season is comprised of 14 matches (7 home, 7 away). Matches begin in the middle of May and run through the middle of July with playoffs following. CDLFC received a favorable home schedule off the bat with 4 of their first 5 matches at NKU. The scheduling gods were unkind in the last half with 5 of the last 6 on the road. Coach van Druenen will hope to get his squad off to a hot start to notch one of the 2 divisional playoff spots.

Tickets are available by clicking HERE or can be purchased at the gate. Adult (21+) tickets are $8 and student (7-20) tickets are $5, children 6 and under get in free.