Each and every game we do our best to predict the outcome of the FC Cincinnati match. Here’s how some of the staff here at CST feel things will transpire Saturday night when Louisville City FC comes to town.

Rain, rain, go away come back when we don’t play. Saturday’s match vs, Lucyburg United is going to be a fun one. LCFC has no losses in their first 4 matches and FC Cincinnati is starting to get hot. I’m hoping that Djiby can give Looey’s central defense some trouble, but I am always nervous how Coach O’Connor will keep his team tight in the back. With the weather, I feel that we may see a small mistake hurt one of the teams so I am going with another 1-1 draw for the squads. I would have taken 5 points from this week after the Steel FC match.

The anticipated weather has me skeptical about the offensive output that will be on display at Nippert on Saturday, but FCC will still pull out a win to close this 3 game stretch out with 7 points total. The team will be without offensive speedster Kadeem Dacres, but I faith that Coach Koch’s squad rotation will put FC Cincinnati in a position to win. The defense of this squad has really come into their own as of late. That leads me to believe that our guys will stifle the LCFC offense and we will see another Widmer’s clean sheet. I predict the Knifey Soccer Lion Kings will slip and slide into a 2-0 victory against Lewisville.

Third game in 8 days and against our main rival, Louisville, is going to make this a difficult task. However, I believe FCC have found a formation that is starting to shut down our opponents. The Knifey Soccer Lion Kings (KSLK) have only given up 2 shots on goal in the last two games. With the only goal coming from a quality strike from 30+ yards away (I will accept a shot from that distance). Loisville plays a very tight formation, mainly because they play 16 games on a small baseball diamond and have not played a quality opponent on a quality pitch that will force them to spread out and stretch their legs. The benefit LCFC has is we just finished playing a very difficult midweek game. Saturday would be difficult just on those facts alone. Now the rain is in the forecast and the pitch could become very slippery and we lost our speedster, Dacres, to a red card. All that adds up to a game that our Manager is going to have to find another flavor of starting lineup (one that eats purple defenders hopefully). Look for Weideman up top for Dacres and maybe Mansaray out left again. If LCFC continues to play compact I would expect Fordyce to come in, with his foot skills, to navigate those tight waters and create chances. In the end, I think FCC gets a goal from a midfielder to start the scoring and forces LCFC to finally play a game of soccer, which gets them out of their boring stance. In doing so we find another opening and slot one into their net making it 2-0 as we watch the Coopers cry like they just came out of Great Clips with a bad haircut! After that LCFC comes to the resolve they are going to lose and packs it in to keep goal difference at a minimum and the last 25 minutes plays out rather slowly. 2-0 FCC

Losing Dacres for this game is a real disappointment. Players always play extra well against their previous clubs…. I expect to see Coach Koch revert back to the 4-2-3-1 formation and bring back Quinn (who he rested for the last game) for this same reason. I hope to see Mansaray get the start in place of Dacres. He also brings a lot of pace and will create real challenges for the defense. I expect the game will get quite chippy at times as both teams know that the fans are expecting them to get the win. I’ll say this one ends 2-1 with goals from Djiby and Quinn, but Loisville will pull one back from a great effort from Luke Spencer who will come out with something to prove…. 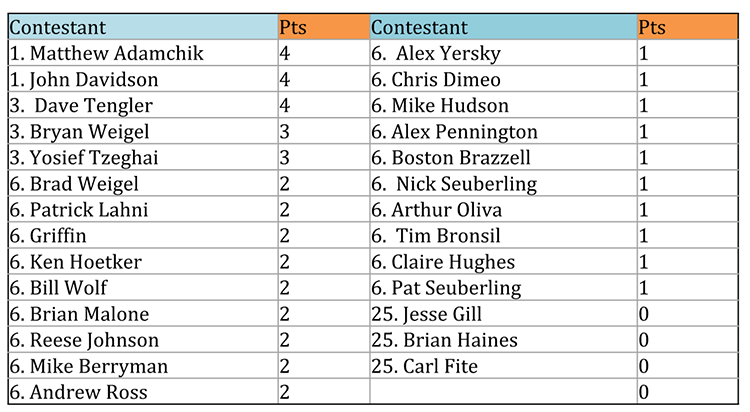