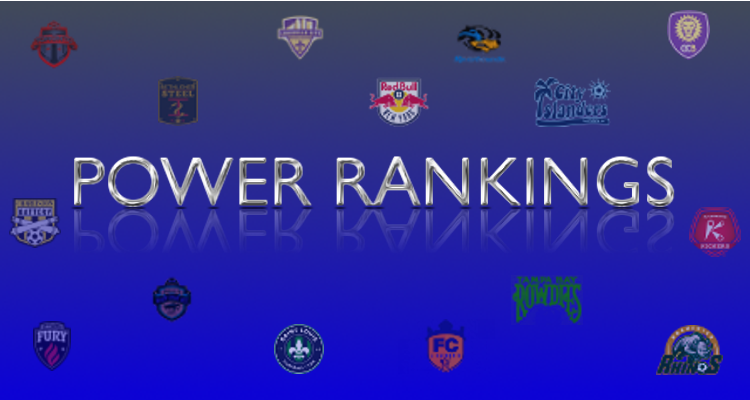 We decided to conduct a Power Ranking poll for the USL Eastern Conference.  Each of the eight staff members ranked their top 10 teams, teams ranked first would get 10 points, teams ranked second would get 9 points and so on, down to the tenth ranked team getting 1 point.  Teams points were accumulated and the team with the most points is ranked #1.  We will be conducting this poll at the start of every month.   Who do you think is too high/low?  How would your top 10 look? Share your comments below.