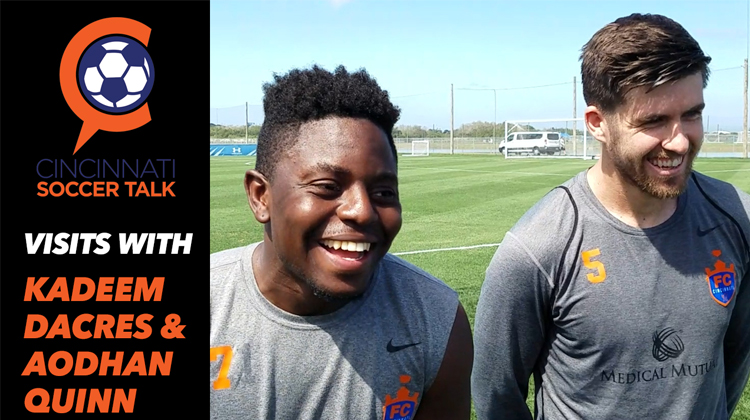 Last weekend, Cincinnati Soccer Talk was able to attend an FC Cincinnati training session at IMG Academy in Bradenton, Florida. The previous session was a light, recovery session, but this session was anything but light, warming up to a full 11v11 game that felt game-level intense standing on the sideline. While the battles raged on the pitch, they were all about business, but when the session ended, the team came off all smiles, joking with each other.

After training, we were able to speak with Kadeem Dacres (#7) and Aodhan Quinn (#5). The interview was done on the field as other players were packing to leave. They enjoyed making faces and teasing their teammates on camera who at times struggled to keep focused.

This concludes the Cincinnati Soccer Talk “Catching Up” series, but tune in to our weekly podcast as we’re sure to talk with many more of the players in the coming weeks.