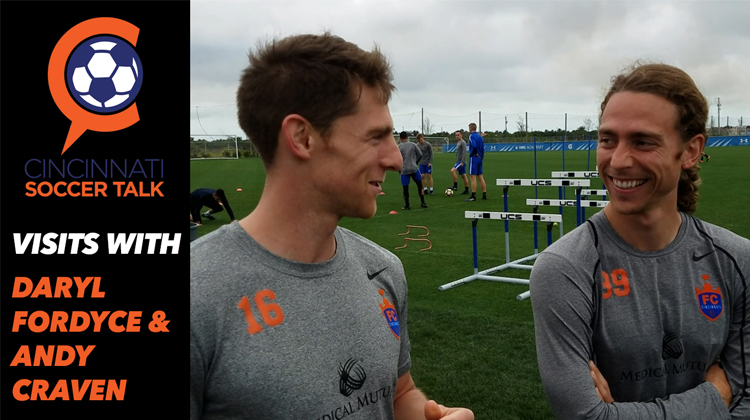 On Thursday, February 23rd, Cincinnati Soccer Talk was able to attend an FC Cincinnati training session at IMG Academy in Bradenton, Florida. The session was short, light and fun as Coach Koch described it. It was more about recovery and keeping muscles loose after the game the previous afternoon.

Before the training, we were able to speak with Daryl Fordyce (#16) and Andy Craven (#99). The interview was done on the field as other players were coming and warming up so there is a good bit of noise and wind and of course the occasional stray ball.

Check back later to find out who else Cincinnati Soccer Talk catches up with next.